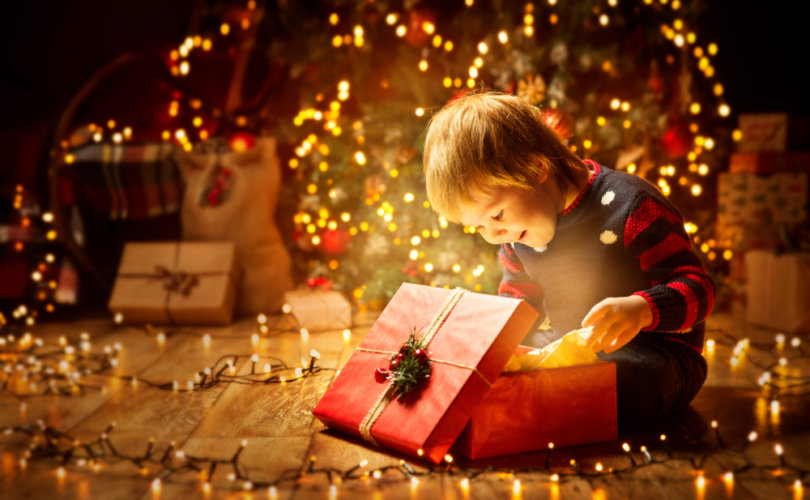 December 24, 2018 (LifeSiteNews) – “This has been such a grace-filled year!” Those were the words of one of my LifeSite colleagues when I expressed being at a loss to write a positive Christmas reflection considering the state of the Church and the world today. I'm grateful that my dear brilliant friend Maike Hickson permitted me to share her thoughts as my own this Christmas. They were a gift to me, to lift my spirits, and I pray they may be so for you too.

In order for any remedial action to be taken for any malady, a proper diagnosis needs to be made. The patient must recognize the gravity of the illness in order to take appropriate steps to find a cure and root out the problem.

That is the gift we were granted by the Almighty this year. God has revealed so much truth about the state of the Church, opening more eyes to the crisis than we may have dreamed possible. The explosion of clergy sex abuse investigations and revelations around the United States and in different countries beginning with the devastating report on ex-Cardinal Theodore McCarrick did much to open eyes.

Archbishop Carlo Maria Viganò took up the mantle of whistleblower, calling out Pope Francis as being involved in the cover-up of abuser Cardinals and bishops. The credibility of Archbishop Viganò — which resulted from his own life of holiness and concern for the good of the Church — brought countless faithful, both laity and especially clergy, to a new awareness of the scope and gravity of the crisis in the Church.

The Church has had to come face-to-face with the evil of homosexual acts and the horrendous consequence of not taking that evil seriously.

With the world exacting ever-greater penalties for those who refuse to wholeheartedly celebrate homosexual relationships, the external pressure on the Church to cave in on its constant teaching is fierce. But what is truly crippling is the betrayal of these truths by the successors of the Apostles themselves.

It has become plain for those with eyes to see that there are many Judases in our Church today among the hierarchy who for the love of money, fame, and even, at times, because of unnatural desires of their own, are selling out the truth of Christ.

It is painfully obvious with 85% of clergy sexual abuse victims being male we are dealing with a homosexual problem (by comparison, two-thirds of sexual abuse in general is perpetrated against females). It is also evident that Church authorities, beginning with the Pope himself, are refusing to acknowledge the obvious. Rather, the finger of blame is being pointed to vague and undefined problems like ‘clericalism’ which leave wide open the possibility of foisting heterodox changes in the Church as supposed solutions for the abuse crisis.

We’ve seen suggestions of married priests, female priests, and altering the Church’s teaching on homosexuality. Cardinals are dueling openly over homosexuality. Bishops are doing the same.

The prophecies of Our Lady of Akita seem to have been realized in our day. “The work of the devil will infiltrate even into the Church in such a way that one will see cardinals opposing cardinals, and bishops against other bishops. The priests who venerate me will be scorned and opposed by their Confreres.”

So we have had a great awakening of sorts, but the really great news — the hope-filled awesome thing that should make us rejoice and fall to our knees in thanksgiving before the Babe in the manger — is that the Almighty has given us the grace not to be seduced.

Through the intercession of His Mother, Our Good Lord has chosen many to see His truth and hold on to it. Those who have been given the grace to see what’s wrong, suffer. But it is a grace to suffer. The saints teach us to thank God for it, thank God for the pain so that we may unite ourselves with Christ’s sacrifice on the cross.

We have been led in these times of uncertainty to embrace the truth more firmly than before, to turn to tradition for solidity and to hold to God rather than men – no matter their stature or standing.

We should be grateful moreover for all the good and holy friendships that have developed in this time of crisis. The crisis has led us to meet and collaborate with great men and women of deep faith who are shining examples of how to live holy lives.

Both Sts. Therese of Lisieux and Louis de Montfort prayed to live in these times. They were not granted that grace, but we have been. What an honor for us to have the opportunity to defend our Lord and His teachings on faith, life, and family. In these times, when living a life of virtue seems impossible, we must realize that we can do nothing at all by ourselves, but we can do all things through Christ who gives us strength.

We’re defending that Little Baby in the Manger of Bethlehem at the behest and under the direction of His Holy Mother!

A happy and holy Christmas to all of you and best wishes for a blessed New Year!