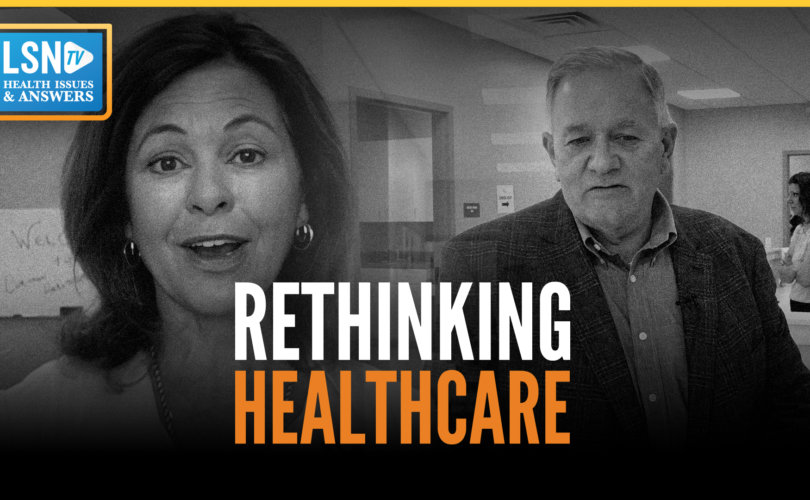 (LifeSiteNews) — A non-profit, faith-based, “direct-pay” healthcare organization opened a second facility at the behest of leaders in an underserved Michigan community where residents would have to travel hours to get basic care.

“The doctor-to-patient ratio in Newaygo County was 3,000 patients per doctor, which is three times more than ideal for doctors to be able to provide the kind of care that patients need at the primary level,” said Mark Blocher, president, CEO, and co-founder of Christian Healthcare Centers (CHC). “There are a total of 21 doctors in the entire county and not all of them are in primary care, so what happens is people in the county end up having to travel significant distances in order to get basic care.”

CHC was the first direct primary care (DPC) practice to open a dedicated facility in the Grand Rapids, Michigan market in 2017. DPC does not accept insurance. Instead, patients pay a monthly membership fee, often less than $100 a month, for unlimited primary care, often with a physician, within 24 hours. Members can also get free routine lab work and low-cost prescription drugs and imaging. Members pay no co-pays or deductibles and are not excluded because of pre-existing conditions.

“Our only enrollment criteria is the patient has a pulse,” Blocher says. “We provide concierge-level care for the cost of a cell phone bill. It’s like staying at a five-star hotel for the price of a two-star motel. We prioritize being affordable, convenient, and personalized in the care we provide.”

CHC had no plans to expand in Newaygo County, a remote community about 50 miles outside Grand Rapids, but community leaders, having heard about CHC’s success, got the organization to change its mind.

The City of Newaygo and private investors worked together to build the new 8,150 square foot building that CHC now leases.

CHC had no trouble attracting staff. Once the ball started rolling, it discovered physicians, nurses, and health professionals who lived in the area and wanted to practice there. The direct-pay model was also of interest because it gave independence from corporate medicine.

“Doctors are not under the pressure to see so many patients a day or perform so many procedures, to cover the overhead of a very large and expensive health care system, so I do see this as improving doctor satisfaction, and eliminating doctor burnout and also a way to provide better patient care, because it’s more personalized and not such a pursuit of payment, which we see more and more, and the patient gets lost in the process,” Blocher said.

Response to the Newaygo location had been so strong that CHC decided to go one step further by offering surgical procedures for a pre-determined price to be paid directly by patients.

“We publish the fees on our website and those fees are what we call bundled fees unlike when you go to the hospital, you get seven or eight bills. Our patients know before they schedule a surgery what the cost of that procedure is going to cost and it will be all-inclusive, so it will include the cost of anesthesia and products in that bundled fee.”

Patients will be able to get surgical procedures that don’t require conscious sedation, like endoscopies, colonoscopies, carpal tunnel release, and orthopedic repair.

The pioneer in “direct-pay” surgery is the Surgery Center of Oklahoma. Medical Director Kevin Smith, M.D. tells Health Care News that CHC is on to something big.

“This Gandhi quote applies to the experience and efforts aimed at promoting medical price transparency: ‘First they ignore us, then they laugh at us, then they fight us, then we win,’ Smith said. “Congratulations to CHC for enduring all the pushback the medical cartel has had to offer.  Newaygo residents may now transition from victims of the system to beneficiaries of affordable, high-quality care.”

There is another benefit to the direct-pay healthcare model: professional independence. The federal government can regulate health care to the extent it pays for it and oftentimes it is to serve the ideological whims of the current administration.

Currently, the U.S. Department of Health and Human Services is rolling back conscious protections for health professionals whose faith prevents them from performing certain procedures like abortion and transgender reassignment treatment. Health insurance may also receive subsidies from the federal government that can come with strings attached.

“We don’t have that issue. Part of that is because everyone who works for us affirms they are a Christian, our patients not necessarily but our doctors are, and they are coming here recognizing there is a set of values we hold,” Blocher said. “We have protections in the First Amendment, the free exercise clause as well as free speech, that protects our doctors from the kinds of pressures and tensions they experience at some of these larger health care organizations.”

Blocher says the direction of the culture may not ever give complete freedom to health professionals. “I suppose at some point we are going to see the culture move in a direction that they will even begin to impinge on the professional conscience rights of doctors working in a direct care environment, just because they’re doctors. They may threaten their license of board certification,” Blocher said.

In Michigan, for example,  physicians and health care professionals are now required to undergo “implicit bias training” to get or keep a license. The Public Health Code defines implicit bias to mean “an attitude or internalized stereotype that affects an individual’s perception, action, or decision making in an unconscious manner and often contributes to unequal treatment of people based on race, ethnicity, nationality, gender, gender identity, sexual orientation, religious, socioeconomic status, age, disability, or other characteristics.”