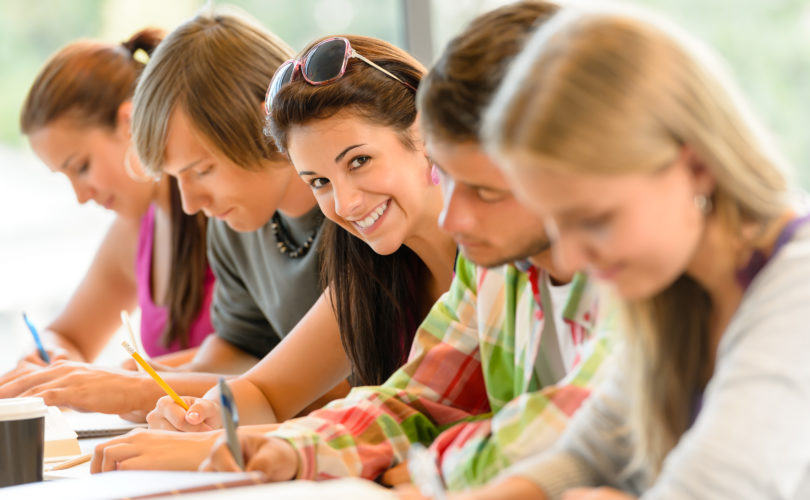 For the program, Goedele Liekens went into homes as well as classrooms to talk sex with parents and their offspring. Liekens took 13 mid-teens, girls and boys, from Hollins Technology College, through a crash course in sex, with students at one point attempting to make art inspired by female reproductive organs.

The TV special was intended to promote the idea that sex education, which is already taught in high schools, “should be repackaged as a serious two-year senior high academic subject such as Mathematics or Physics.”

A classroom Q and A with students reveals what Liekens and other reformers want to hear: the boys are not ignorant, but they are seriously misinformed about sex because pornography is their main source of information. They therefore know nothing of the need to ask for their sexual partner’s consent, for example, because this apparently never happens in pornographic encounters.

The pro-life Society for the Protection of Unborn Children's Antonia Tully said: “Sex isn't an academic subject; it is a personal matter. What are they going to cover? We don't need lessons to titillate teenagers. This is not the best approach to ensuring children are protected. Parents are the best people to talk to children about these intimate details.”

Sex education is already taught in public high schools. It is not taught in private or Christian ones, nor in primary schools. But in the last election, the Labour and Liberal Democratic parties both called for compulsory sex education in both primary and Christian schools, and Labour insisted schools teach that homosexuality is as morally acceptable as heterosexuality.

Labour MP Yvette Cooper said universal sex education is the first step to combat “homophobic and transphobic bullying.” This mimics the arguments used by the Canadian provincial governments of Alberta and Ontario to justify expansion of sex education to Christian schools, though no instances of “transphobic” bullying have been produced in such schools in either province.

The Christian Institute's Colin Hart challenged these ideas because of the harmful content involved and because the government would be controlling the content – or rather, turning control of the content over to the latest trendy private interest group. “Sex education would be centralized, and power would be taken away from school governors. It would be put in the hands of groups that promote the use of resources which are wholly unsuitable for young children.”

“Groups that have a track record of promoting gratuitously explicit and inappropriate materials want to force these lessons on schools when there is simply no need, and in a way which does more harm than good,” said Hart. He cited the Sex Education Forum, a private group campaigning for mandatory sex education in primary schools. It suggests on its webpage, he said, “that primary schools use a book which shows drawings of a variety of sexual positions” with the line “Here are some ways mummies and daddies fit together.”

It is no surprise that Channel Four is the producer of Liekens's show. It is a national, publicly owned broadcaster with an apparent fixation on matters sexual. In fact, its reality series The Sex Education Show has been covering much the same territory as the Sex in Class special for five years. It takes its attractive female host, Anna Richardson, into high schools across Great Britain to acquaint teachers, parents, and students with all the frank and graphic portrayals of sexuality they are missing but their European Union cousins are getting across the English Channel. (A sample summary from Season Five, Episode Six: “The show visits York High to teach pupils about male puberty. And Anna Richardson shows some parents how easy it is to log into online chat rooms with shocking conversations and content.”)