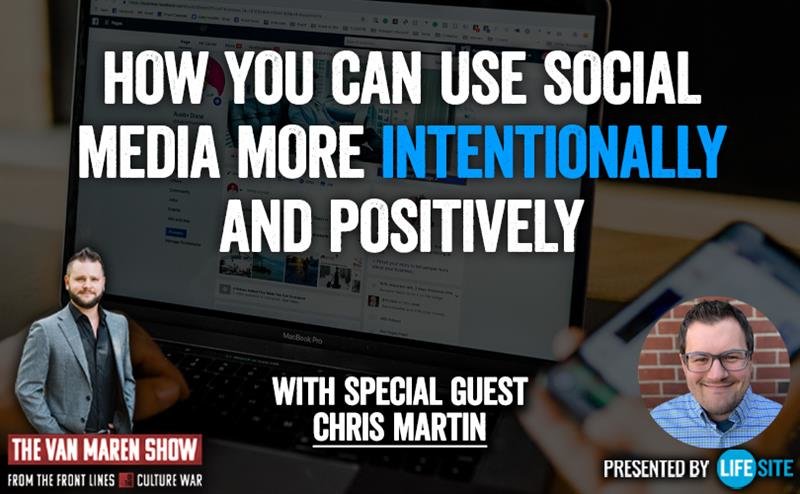 (LifeSiteNews) — Jonathon’s guest on this week’s episode of The Van Maren Show is Chris Martin, an author, consultant, and content marketing editor at Moody Publishers.

Martin’s book, released on February 1, is titled Terms of Service: The Real Cost of Social Media, and today’s episode features a discussion on its themes.

Martin believes there is no one-size-fits-all approach to navigating the addictive world of social media. Although some who read his book might want to quit social media altogether, he says you don’t have to go that route unless you’re “hopelessly addicted” or if it’s causing “unhealthy” behaviors or thought patterns.

Still, everyone should foster a healthier relationship with social media and internet use in general, Martin argues. Even most Christians probably don’t use these tools as intentionally or positively as they can. He uses an analogy borrowed from a friend to drive home the point.

“Sex in one proper environment is quite good and productive and an important element to human flourishing. Sex out of that environment can be quite destructive: It can lead to destroying your own lives, destroying other people’s lives. I think it’s sort of an apt parallel [for social media],” he said. “Social media is quite similar. I think [it ought to be used] in the right environment, used intentionally with proper limits in place.”

There’s much more the two discuss, so listen to this week’s episode in full below: