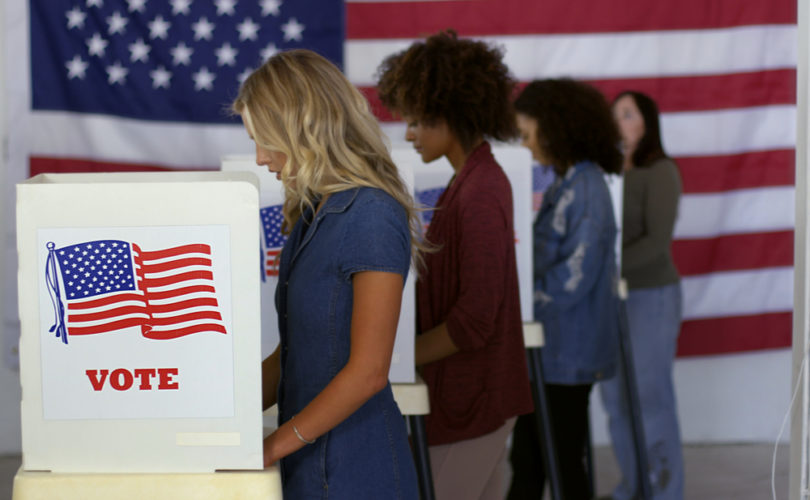 April 1, 2021 (LifeSiteNews) — H.R. 1, called the “For the People Act” by Democrats, and the “Corrupt Politicians Act” by others, poses radical threats to the American republic. The bill would ban state voter ID requirements, institutionalize mass mail-in voting, and mandate automatic voter registration of minors, among other things.

House Democrats passed the legislation earlier this month without a single Republican vote.

“This bill is not designed to protect the right to vote,” Sen. Ted Cruz (R-TX) has said. “Instead, it’s a dangerous and brazenly partisan power grab designed by the Democrats to corruptly turn their current razor-thin majority into a much larger and permanent majority so they can enact the Green New Deal and other items on their deeply unpopular progressive wish list.”

Democrats have championed H.R. 1 and looser voting laws even as state and local officials across the U.S. have announced hundreds of election fraud charges in recent weeks, including 150 in Texas last month. Courts also repeatedly have found that Democrats’ notorious election rule changes in 2020 broke the law in key states like Pennsylvania, Wisconsin, and Minnesota.

Among other radical threats, H.R. 1 would:

LifeSiteNews has launched a new nationwide campaign against H.R. 1.

“The American people recognize that the 2020 election cycle was mired in fraud, voting irregularities, and unconstitutional government intervention, but if Joe Biden and the radical left have their way, there may never be a truly fair election in America again,” LifeSite’s campaign statement reads. “That’s why we must act NOW, and implore our U.S. Senators to vote against this dangerous legislation when it comes before them for a vote.”

Democrats claim justification for this unmitigated “power grab” based on a dubious reading of the Constitution, whereby Congress allegedly has “broad authority to regulate the time, place, and manner of congressional elections.” The U.S. Constitution, in fact, gives states the primary role to craft election law, leaving Congress the ability to “make or alter such Regulations, except as to the Places of chusing [sic] Senators.”

“The Act would invert that constitutional structure, commandeer state resources, confuse and muddle elections procedures, and erode faith in our elections and systems of governance,” the attorney generals of 20 states wrote in a petition to Congress this month.