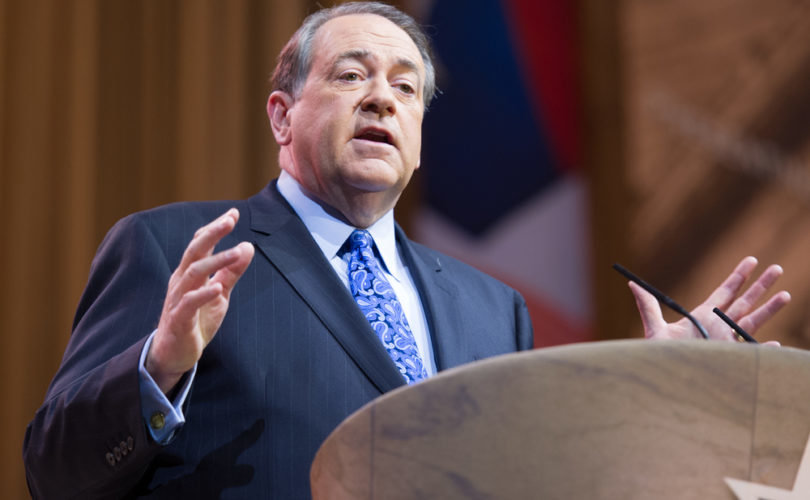 Speaking with LifeSiteNews at the 10th annual Values Voters Summit, Huckabee said that “we should definitely defund” Planned Parenthood,” but that “we have a better weapon.”

Huckabee said that weapon “is electing a president who will honor the Constitution — the 5th and 14th Amendment — which provides due process and equal protection, and that would mean that we would protect human life.”

Huckabee also commented on the resignation of Speaker John Boehner, R-OH, saying that “it caught us all off guard.”

“I think he's responding to the dissatisfaction of the American people, who want to see some action on the part of the Republican Congress,” said the former Arkansas governor.

Asked what is the one thing he would do as president to ensure protection of religious liberty, Huckabee said he would “make sure I have an Attorney General in the Justice Department that protected the First Amendment rights of every citizen, every business, every chaplain, every military member.”