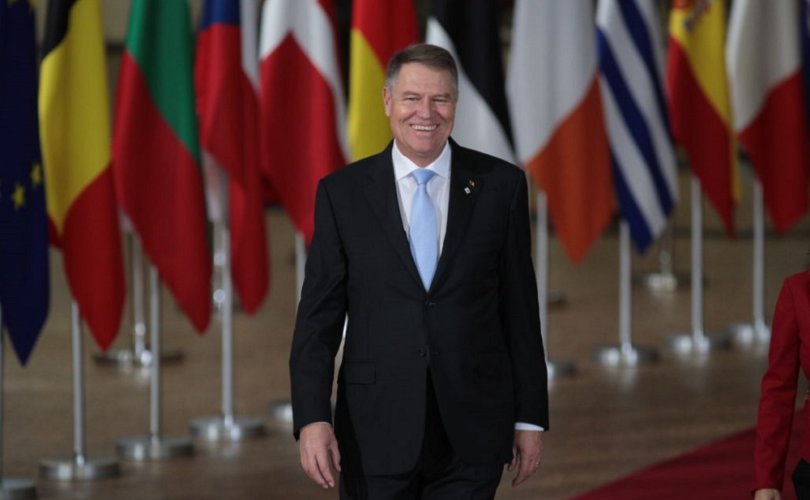 June 18, 2020 (LifeSiteNews) — The Senate of Romania voted on Tuesday to ban all studies and courses linked to gender ideology in schools and higher education. The amendment obtained a large majority of 81 votes in favor, while 22 voted against and 27 abstained, offering the text a strong democratic basis. Despite this, it has sparked local and international backlash.

Both the center-right parliamentary majority backing Romania’s president, Klaus Iohannis, and the social democrats supported the change to the general education law, which had already been adopted six days earlier by the chamber of representatives and was adopted as a whole on Wednesday.

The general prohibition of gender studies was introduced in the Senate as an amendment to a law on education by a member of a small center-right party, PMP. It bans “activities spreading the theory or opinions related to gender identity which hold that gender is a separate concept from biological sex and that the two are not always identical.”

For the text to become law, it will have to be signed by President Iohannis, who is at present being lobbied to refrain from promulgating the law by liberal pressure groups and two of the country’s largest universities.

According to television station Digi24, Klaus Iohannis is personally opposed to the law’s anti-gender dispositions and does not intend to promulgate it in any case. So much for democracy: The LGBT lobby are openly working for the executive to block a text approved by the Romanian legislators by a large majority.

In the hours following the text’s adoption, a petition by NGOs and two student associations, the National Alliance of Student Organizations in Romania and the National Council of Students, obtained 16,000 signatures asking Iohannis not to sign into law dispositions that would “send education in Romania back to the Middle Ages.” The petition also argues that the law would be in breach of Romania’s international commitments.

However, it is expected that even before Iohannis makes such a move, opposition parliamentarians will probably submit the text to Romanian Constitutional Court. The Court, opponents say, would likely impede a law that “obstructs universities’ autonomy.”

The amendment prohibiting gender studies targets universities but also schools, and it comes on the heels of a similar move by the Romanian parliament against a proposed authorization of sex education in schools.

According to the French liberal Catholic daily La Croix, the Orthodox Church of Romania was not active in the preparation of the anti–gender theory law. Local political commentator Alexandru Gussi even considers the amendment to be a “non-subject,” a mere “stunt” on the part of parliamentarians who are already preparing this fall’s legislative elections.

If this is true, it does indicate that Romania as a country is sensitive — and opposed — to gender propaganda and that positive political returns can be expected from a move against it.

Gender ideologues accuse Romania of having anti-LGBT feelings as a nation. Academic Ana-Karina Schneider wrote a book in 2015 titled Anglicist Women’s and Gender Studies in Romania: Between Persistence and Resistance in which she slammed the “deeply rooted patriarchal organization of society” and “the unshakeable sentiment that feminism is an import from abroad.”

Once again, spreading gender ideology would then appear to be a minority campaign to impose thoughts and ideas on a majority who do not want them, with a clearly revolutionary intent.

The amendment’s opponents are also brandishing the specter of “thought police.” They say that a blanket ban on “gender studies” would amount to banning academic freedom in itself.

Vlad Alexandrescu, a center-right senator and university professor, accused Romania of aligning itself “with positions held by Hungary and Poland, transforming into a regime that is introducing thought police.”

“We are astounded … that an academic theory should be banned by law,” echoed a statement from the Babes-Bolyai University of Cluy, Romania’s second largest university.

Whatever the speculative rights of faculty members, however — and many, the world over, would find it difficult to oppose climate change theory, evolutionary theories and even gender theory, as a number of lawsuits have shown — one of the aims of the law is to prevent a deconstructivist vision of human sexuality being taught to schoolchildren.

The University of Bucharest is also opposed to the amendment. Its statement said that “the text of the law has no scientific basis and is a blatant example of interference in education and free expression.” It called on its “scientific” and “noble” duties to justify teaching that biological sex and gender are two different things.

Gelu Dominica, a professor of sociology at the same university, added in a Facebook post that he would not respect the law banning “gender elements” from his courses — “[f]or the simple reason that if I did, I wouldn’t be doing my duty anymore.” He said: “My role is to guide my students to understand man’s behavior in society. And people are diverse.”

All opponents make clear that the teaching of “gender studies” is a way of fostering acceptance toward LGBT people. Banning them could lead to “ramp[ing] up bullying of queer children and adolescents” and to “punitive measures” against teachers, said the National Alliance of Student Organizations in Romania. This makes clear that “gender studies,” from their point of view, are in fact far from being mere theories to be confronted with reality; they are an ideology that aims to change society and reality.