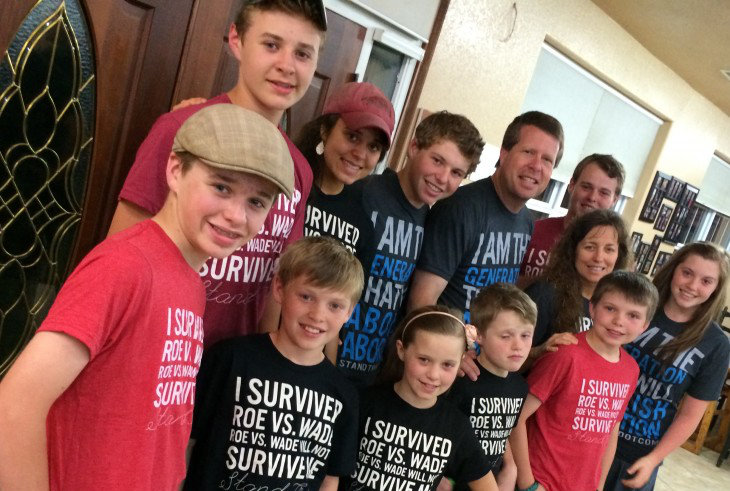 A Change.org petition by gay activists has garnered nearly 100,000 signatures asking The Learning Channel to cancel the hugely popular “19 Kids and Counting” show.

Bob and Michelle Duggar, an upstanding Christian family, have warmed the hearts of Americans for many years, allowing the public a bird’s eye view into their home full of love, excitement, care and sometimes hilarious chaos.

The petition was launched by LifeSiteNews Thursday morning on its new petition platform LifePetitions.

The Benham Brothers — who saw their own popular HGTV show canceled because of their conservative pro-life and pro-family views — have condemned the effort to remove the Duggars as being part of “the same intolerant agenda that attacked our family.”

The Duggars' critics have called for the family to be removed from TLC because Michelle Duggar did a robo-call to protect Fayetteville, Arkansas girls from a bill that would allow men to use female locker rooms, showers, and restrooms.

“I don’t believe the citizens of Fayetteville would want males with past child predator convictions that claim they are female to have a legal right to enter private areas that are reserved for women and girls,” Duggar said in August. “We should never place the preference of an adult over the safety and innocence of a child.”

The anti-Duggar petition, which was launched in August, has nearly 100,000 petition signatures after E! Network, Huffington Post, and other media outlets ran stories highlighting the petition effort this week. The LifeSiteNews petition garnered more than 10,000 signatures in its first five hours.

Comedian and former Fox News contributor Steven Crowder has also backed the petition, saying that the anti-Duggar claims are “asinine,” and that “if you believe in the free market, this is your chance to participate, and support good people like the Duggars.”

Dan Gainor, Vice President of Business and Culture at Media Research Center, told LifeSiteNews that the anti-Duggar petition is hypocritical. “The radical left claims it supports open, free-flowing dialogue and debate when, in fact, it advocates censorship,” said Gainor. “Liberals have decided that all views they oppose must be silenced and the speakers mocked, harassed and fired.”

Likewise, American Thinker Deputy Editor Drew Belsky said that “silencing those who disagree flies in the face of the 'free and open' mantra we often hear from the folks who want adult male strangers joining your young daughter in the bathroom.  But this is how 'tolerance' and 'open-mindedness' play out for a movement insisting that concrete concepts – like 'man' and 'woman' – can mean anything one chooses.”

Tim Wildmon of the American Family Association told LifeSiteNews, “The hate-group behind this petition got a bump on their 3-month-old petition with the liberal media’s help.”  Anyone looking at comments from those signing the gay activist petition, Wildmon says, “will quickly realize that this drive is motivated by hatred toward people of faith, not equality.”

“Rather than being extreme, the Duggars represent the majority of people in state after state who have stood up for the traditional family,” says the petition. “The real extremists are those who are demanding that a TV network penalize America's beloved family because they support the truth about family, which they have always expressed in a loving, compassionate fashion.”