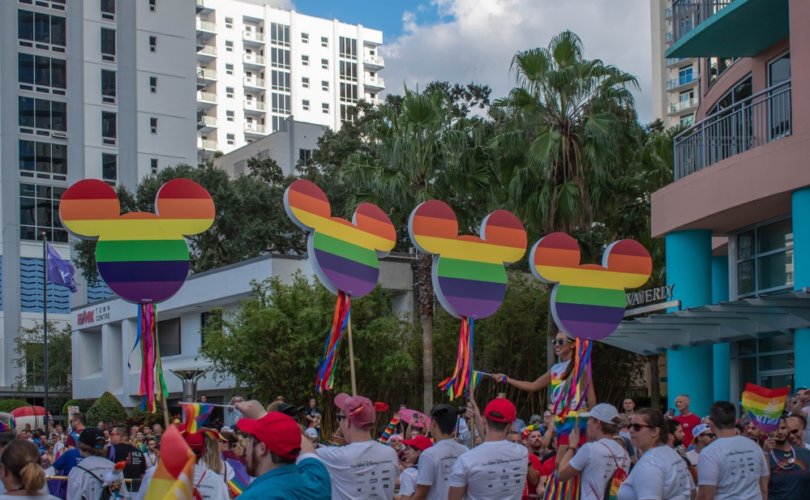 “Over 17,000 people have signed the petition in less than a day, which means that this issue has really struck a chord,” said Scott Schittl, one of LifeSite’s campaign coordinators. “Parents and grandparents are sick and tired of Disney’s blatant disregard for their values and morals, and they’re not going to take it anymore.”

Disney built its reputation on animated movies for children and the whole family. Movies like Snow White and the Seven Dwarfs, Peter Pan, Mary Poppins, Beauty and the Beast, The Lion King, and Toy Story have provided wholesome entertainment for all ages, for generations.

But, according to Slate, Disney’s new animated movie, Onward, features a purple cyclops police officer, Officer Specter, who, in addition to being one-eyed and purple, is also an open lesbian.

In one scene where Officer Specter,, voiced by lesbian actress Lena Waithe, pulls over a motorist who claims to have been distracted by his girlfriend’s kids, Waithe’s character replies by saying: “My girlfriend’s daughter got me pulling my hair out.”

Though the moment apparently passes without comment, and without being “showcased” as “special,” pro-family advocates and Christians are understandably upset and annoyed by the studio’s decision to push sexual notions beyond the comprehension of many of the movie’s young viewers.

“With simple storylines and basic character sketches, but with amazing visual effects, the primary target audience for animated movies is children,” Schittl said.

“Parents are right to believe that Disney’s blatant promotion of homosexuality can only be seen, as deliberately targeting the young with sexual notions beyond their grasp. That is definitely not Disney’s role,” he concluded.

Since the petition began, LifeSite has received many encouraging comments from petition-signers.

Many have said they will no longer support any companies that support or allow this kind of brainwashing of their children and grandchildren.