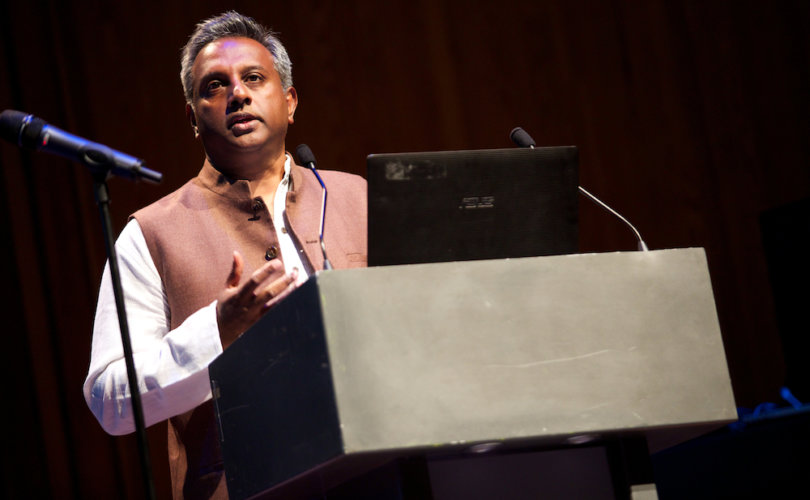 “The criminalization of abortion is an extreme form of violence against women. It doesn’t reduce abortions – it just makes them unsafe,” Amnesty International secretary general Salil Shetty said in an interview with the UK Guardian. The remarks followed a meeting with Argentinian President Mauricio Macri in Buenos Aires.

Argentina’s constitution currently prohibits abortion, with exceptions to save a mother’s life or in cases of rape. However, the country is currently in the midst of a national debate over legislation to legalize elective abortion through the first 14 weeks of pregnancy, as well as late-term abortions in cases of fetal deformity or to protect mothers’ “psychological” health.

Macri claims to be pro-life but says he will defer to the legislature and not veto the bill if it passes. Whether he will get the opportunity remains to be seen.

Fifty thousand pro-lifers marched on Buenos Aires to protest the legislation, but The New York Times cites recent polls finding that public support for legalization is between 49 percent and 55 percent. Hearings are scheduled to occur twice a week during the next two months, and observers suspect its biggest challenge will be clearing the Senate. Twenty-seven senators have come out against legalization and only 16 in favor, according to the Times, with another 26 not yet divulging their position.

Shetty says he told Macri that his assurance was insufficient, because the president has “a legal obligation to protect the health and the rights of women.”

He said Argentina's laws lead to half a million underground abortions every year. “In the last 25 years, more than 3,000 women have died in Argentina alone as a result of clandestine procedures,” Shetty claimed, or 0.024 percent of all illegal abortions per year.

Legalization proponents claim non-fatal complications are far more common. “There are between 45,000 to 60,000 hospitalizations derived from clandestine abortions every year,” said Brenda Austin, a lawmaker belonging to Macri’s Cambiemos coalition.

Americans United for Life addressed these arguments in a 2012 report on the state of abortion in Latin America. Citing statistics from Argentina’s National Ministry of Health, it found that illegal abortions represent a small percentage of maternal deaths, 74 out of 306 in 2007.

Amnesty International, a group whose stated mission is to bring about a “world where human rights are enjoyed by all,” has a long history of promoting abortion worldwide.

It most recently accepted $161,000 (€137,000) from American billionaire George Soros to influence Ireland’s upcoming abortion referendum, despite Ireland’s Electoral Act forbidding political donations from foreign entities larger than €100. In 2015, the Life Institute’s Niamh Uí Bhriain called it “less than impressive” that Amnesty International could not recruit more than 20 doctors per country, on average, to sign a letter for legalizing abortion.