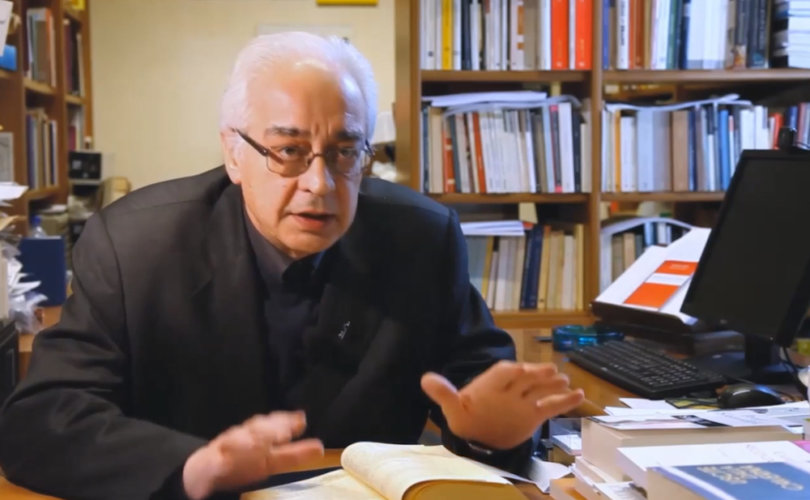 ROME, Italy, August 28, 2017 (LifeSiteNews) — At least five of the 28 new members of the Pontifical Academy for Life are critical of Catholic doctrines reaffirmed in Humanae Vitae.

A specialist in aesthetic theology and musicology, Sequeri was appointed president of the Pontifical John Paul II Institute for Studies on Marriage and the Family by Pope Francis. As president, he is automatically on the board of the Academy for Life.

Sequeri contributed an introduction to the Italian edition of “Amoris Laetitia: A Turning Point of Moral Theology” in which scholars argue that Amoris Laetitia “represents a paradigm shift for all moral theology and especially in interpreting Humanae Vitae,” wrote Pentin.

Pentin also reported that Sequeri was allegedly one of the organizers of the so-called “Secret Synod,” or “Study Day on Pastoral Practice Concerning Marriage and the Family” held May 15, 2015, during the Family Synod.

The “Secret Synod” was attended by about 50 people invited by Cardinal Reinhard Marx, Cardinal Markus Büchel and Archbishop Georges Pontier. The guests were chiefly theologians and reporters. The topics raised included how the Church could “better welcome” those in stable same-sex relationships, the importance of the human sex drive, the replacement of “the theology of the body” with a “theology of love,” and the immorality of refusing communion to the divorced-and-remarried.

Pelletier, Thomasset, and Yanez also participated in the “Secret Synod.”

Pelletier said this: “… sensus fidei, which it would be dangerous to despise or disqualify too quickly, resists the idea that in this wounded version of Christian life, the Cross [which redeemed humanity] finds a limit, an insurmountable obstacle. The same sensus fidei has the intuition that, in Christ “love and truth meet” (Psalm 85, 11) in a mysterious alchemy of which the Spirit can here assign the secret to the Church.”

Thomasset, a professor at the Jesuit Centre Sèvres in Paris, spoke for 20 minutes on “taking into account the history and biographical developments in the moral and pastoral life of the family.”

He stated that “the interpretation of the doctrine of acts called ‘intrinsically evil’ seems to me to be one of the fundamental sources of the present difficulties in the pastoral care of families, since it underlies to a great extent the condemnation of artificial contraception, of the sexual acts of the divorced-and-remarried and of homosexual couples, including stable ones. This appears to many as incomprehensible and seems pastorally counterproductive.”

Thomasset also told the participants that a “homosexual relationship lived in stability and fidelity can be a path of holiness.”

Both lectures are available online in their original French and are translated into German and Italian.

Chiodi is on the faculty of FTIS, a theology school in Milan. His views in support of artificial contraception were quoted in Italian newspaper L’Avvenire in July 2015. In a book to which Sequeri also contributed, Chiodi stated that artificial birth control can be moral and natural family planning immoral: “It is not the method itself that determines the morality, but the conscience of the spouses, their sense of responsibility, their genuine willingness to open themselves to life.”

L’Avvenire also cites Yanez’s view that artificial contraception is sometimes licit. Yanez is the director of the Department of Moral Theology at the Pontifical Gregorian University.

Casalone, a past provincial of the Italian Jesuits, is now the head of the Carlo Maria Martini Foundation. The late Cardinal Martini was a harsh critic of Humanae Vitae, dedicating a chapter of a book-length interview to his objections to the encyclical.

Martini held that Humanae Vitae caused “serious damage” by upholding the teaching against artificial contraception: “Many people have withdrawn from the Church, and the Church from people.” He believed the dissent of many Catholic bishops, particularly those of Austria and Germany, expresses “a new culture of tenderness and an approach to sexuality that is more free from prejudice.”

“I am firmly convinced that the Church can point out a better way than it did with Humanae Vitae,” the cardinal said.

Casalone declined to answer Pentin’s question as to whether he himself agreed with Martini’s opinion of Humanae Vitae.