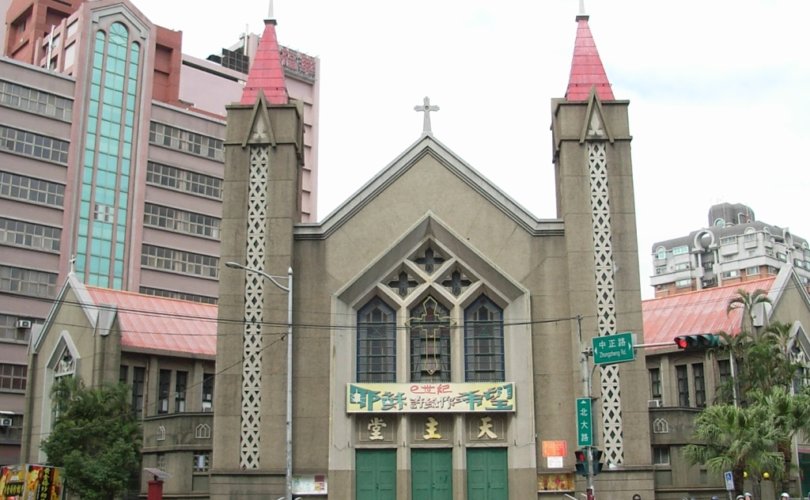 HSINCHU, Taiwan, May 13, 2019 (LifeSiteNews) ― The island nation of Taiwan has witnessed its first March for Life.

The country’s inaugural March for Life took place on Saturday, May 11, the feast of Our Lady of China, in the Catholic diocese of Hsinchu. Receiving the blessing of Bishop John Baptist Lee, the ordinary of the diocese, the event was organized by Hsinchu’s St. Gianna Molla Pro-Life Center. More than 500 people took part, some coming from other areas of the island as well as Hong Kong and Japan.

According to Fr. Thomas Onoda, the festivities began at 3 p.m. when the marchers gathered at Immaculate Heart of Mary Church.

“His Excellency Bishop John Baptist Lee … was the celebrant of the Mass for Life, together with Bishop Emeritus James Liu and another 10 priests,” he told LifeSiteNews by email.

“After the Mass and an episcopal blessing for all mothers, Taiwan's historic first March for Life started.”

The March, which included 10 principal groups of participants, walked to the parish of the Holy Trinity. Bishop Lee walked with the fifth group, which was led by Fr.  Pablo Trollano, IVE, pastor of Christ the King Church. Fr. Onoda reported that some marchers prayed the rosary together and others exhorted passersby to “Protect life.” After an hour, the procession returned to Immaculate Heart, where its pastor, Fr. Chang Wen-fu, celebrated Benediction.

The St. Gianna Molla Pro-Life Center was founded in 2008 with the “enthusiastic support” of Hsinchu’s bishop. The Center has published a bilingual English-Chinese “Pro-Life Handbook” that it will distribute to all the Catholic dioceses of Taiwan. It has also published informational pamphlets on chastity and post-abortion syndrome.

The Center plans to make Taiwan’s March for Life an annual event.

“The center will continue to organize the March for Life, for the Family, on the Saturday before the second Sunday of May, Feast of Our Lady of China, asking the Mother of all Chinese to protect her children,” Onoda wrote.

According to Onoda, the western sexual revolution has made inroads into his island nation.

“This education allowed Taiwan to hold a large LGBT parade with thousands of participants. However, in November last year, more than six million people voted against the LGBTI-inclusive Gender Equity Education Act. Marriage will stay between a 'man and a woman' in the Civil Code of Taiwan.”