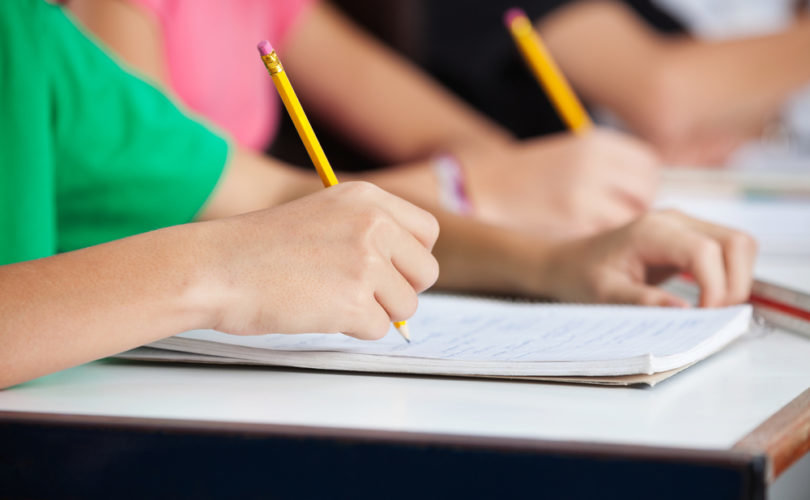 May 6, 2019 (LifeSiteNews) — A California school district approved curricula including LGBT-identifying figures for elementary children early Thursday morning amid debate, in a decision that also drove hundreds of parents districtwide to plan on keeping their kids home from school last Friday.

Trustees for Rocklin Unified School District approved the K–5 history and social studies curriculum around 1 A.M. Thursday in a 3-2 vote, the Sacramento Bee reports, amid heated debate lasting past midnight at a Wednesday-night school board meeting drawing hundreds.

The meeting was held at a Rocklin middle school gymnasium due to the large crowd. Supporters of the curriculum dressed in yellow, and people on both sides cheered their speakers during an emotional public comment period.

Parents opposed to the curriculum urged the district to try another program, saying the K–5 students were too young to learn that historical figures identified as LGBT.

Close to 1,000 Rocklin residents signed a petition requesting that the district delay the decision to enact a new curriculum because elementary students are too young to have sexual orientation presented to them at school.

“We believe that anyone who has made a significant contribution to society should, of course, be included in our history textbooks,” said Rachel Crutchfield, spokeswoman for Informed Parents of Rocklin. “However, the concept of sexual orientation is far too complex of a topic for elementary-aged children to be introduced to at school. Children in second grade simply do not have the tools to comprehend sexuality, nor do we want them to. Let’s let kids be kids.”

Crutchfield said she agrees with including LGBT figures in history curriculum, but that it should be done in later grades, when students can comprehend complex sexual topics.

California passed the FAIR Education Act in 2011, mandating that school textbooks and curricula be more inclusive of historically underrepresented demographics, including those with disabilities, those from varied religious backgrounds, and the LGBT community.

It is also known as the LGBT History Bill.

Conservatives and family advocates criticized the legislation as radical sexual indoctrination of children and warned it would lead to presenting homosexuals, bisexuals and transsexuals as role models to California students.

The final decision on which curriculum will be used lies with local school districts.

According to the FAIR Ed Act:

There is no state-mandated curriculum on these topics. Instead, the state issues guidelines and then lessons are developed and approved at the local level, where school districts and school board members, with input from parents and teachers, will decide what’s appropriate for each classroom.

Last fall a second-grade history–social science book, My World, was being piloted by public elementary schools around California, featuring a famous San Francisco drag queen with a prostitution record, who is praised in the book as a “Champion of Gay Rights.”

In the proposed second-grade textbook, Studies Weekly terms Sally Ride a “good example for all females” and states that she “joined NASA and became the first female and first lesbian American astronaut.”

Informed Parents of Rocklin suggested that the district adopt the program “Exploring Social Studies,” which also meets California’s educational standards but does not, according to Crutchfield, explicitly identify Sally Ride and other LGBT figures as gay or lesbian.

Greg Burt from the California Family Council said he opposes the curriculum, not only because it’s presented to children who are too young to be exposed to it, but also because it’s not done impartially.

“Some people want it to be thought of as normal,” he said, “and you have another group of folks who believe sex should be limited between a man and woman in marriage. The textbooks completely disregard the religious and conservative worldview, and it isn’t taught objectively.”

Some parents and students at the meeting disputed the idea of a normal definition of marriage, the report said, and some students voiced approval of including sexual orientation in the presentation of history.

There have been comparable debates over LGBT-infused curricula in other districts in the Sacramento region and across the state. Two other districts, Elk Grove Unified and San Juan Unified, adopted new curricula this year that include LGBT figures.

Some 600 planned to keep their children home from school Friday in a district-wide sit-out, Sacramento’s NBC affiliate KCRA-3 reported.

“We feel our parent rights were completely taken,” said Ruhkala Elementary School parent Lindsey Metcalf. “It was too much, too soon, not age appropriate for second grade.”

Metcalf’s three children attend Ruhkala Elementary. While Metcalf supports an inclusive curriculum, she said the curriculum should be introduced at sixth grade instead.

“It’s too soon to introduce titles such as ‘lesbian’ or ‘gay’ to a second-grader,” she said.

“When you want to say someone is a lesbian and my second-grader raises their hand and they say, ‘What’s a lesbian?,’ you’ve now taken my right to have that conversation in my home and a teacher is defining it,” said Metcalf.

District deputy superintendent Dr. Kathleen Pon said the decision was a serious one for the Rocklin board and expressed understanding for parents feeling the need to articulate opposition, though she could not approve of them keeping their children out of class.

“While I can’t condone what they’re doing,” Pon said, “I can understand that parents need to do what they need to do to move forward and make a statement.”

She said educators were trying to be inclusive, not teach sexuality.

“We are not prepared to teach human sexuality,” Pon said. “We really are wanting to teach the contributions of the many different groups in history: people of color, handicapped people and people who identify as LGBTQ.”

Metcalf said parents should be the ones to choose when their children are exposed to controversial subjects.

“Give us our parent rights back through an opt-out option, so we have a choice to determine when sensitive topics are introduced to our children,” she stated.

Pon said, however, that legal counsel had advised the school board that an opt-out choice is not feasible.