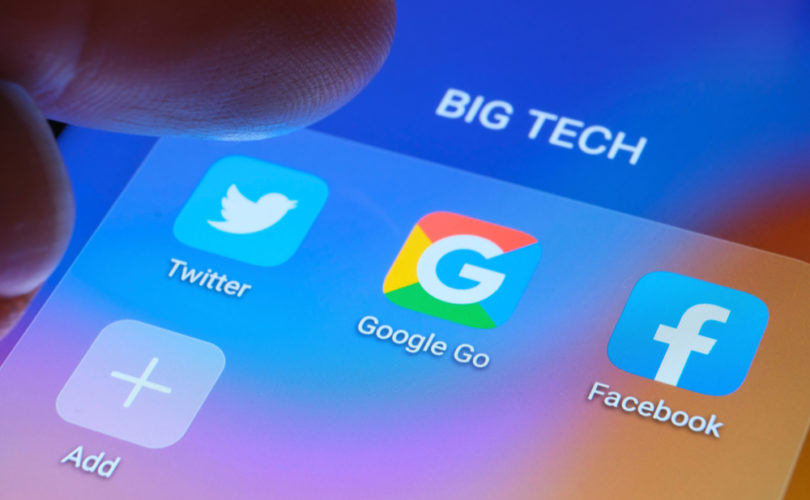 According to professional profiles on LinkedIn, the outlet reported that Google currently employs, at a minimum, 99 former Unit 8200 agents and Microsoft retains the services of 166 such veterans.

And as journalist Alan MacLeod explained, these numbers certainly underestimate the collaboration between these big tech corporations and this Israeli intelligence unit as these numbers do not include former employees or those without LinkedIn accounts, or those who maintain such profiles but have obeyed Israeli military law that requires them to conceal their affiliation with this special unit.

Such a significant association is relevant because Unit 8200 has been described as “Israel’s NSA,” and has been linked to the development of repressive surveillance methods, first against the indigenous Palestinian people and then for cutting-edge technologies that have been used to spy on tens of thousands of notable individuals across the globe.

Though often overlooked in the West, there exists an overwhelming world consensus of international law that favors the Palestinian cause for a free and sovereign state “within internationally agreed borders” (source).  The Catholic Bishops of the Holy Land, along with the Holy See, have unanimously and consistently joined their voices to this cause demanding the Israeli government “put an end to the [illegal military] occupation” of Palestinian territory, including their ongoing confiscation of land, the demolition of homes, the building of illegal settlements, and the detention of political prisoners.

With regard to specific acts of oppression being committed by Unit 8200, a group of 43 reservists from the Israeli unit issued an open letter in 2014 to Prime Minister Benjamin Netanyahu notifying him and other military superiors that they would no longer serve in this regiment due to its “political persecution” of the Palestinian people.

“We refuse to take part in actions against Palestinians and refuse to continue serving as tools in deepening the military control over the Occupied Territories,” the reservists wrote. “Our military service has taught us that intelligence is an integral part of Israel’s military occupation over the territories.”

Like Jeffrey Epstein, who was allegedly also an Israeli spy who collected incriminating information on powerful men for the purpose of extortion, MacLeod explains that Unit 8200 used “big data to compile dossiers on huge numbers of the indigenous domestic population, including their medical history, sex lives, and search histories, in order that it could be used for extortion later.”

“If a certain individual needed to travel across checkpoints for crucial medical treatment, permission could be suspended until they complied,” MacLeod wrote. “Information, such as if a person was cheating on their spouse or was homosexual, is also used as bait for blackmail.”

Perhaps most relevant, these dissenting reservists objected to treating the entire Palestinian population as enemies. “There’s no distinction between Palestinians who are, and are not, involved in violence,” the letter charged.

Such aggressive and comprehensive surveillance by the Israeli army “harms innocent people,” the reservists said. “It is used for political persecution and to create divisions within Palestinian society by recruiting collaborators and driving parts of Palestinian society against itself.”

Thus, MacLeod summarizes that “Unit 8200 is partially a spying and extortion organization that uses its access to data to blackmail and extort opponents of the apartheid state” (note).

“That this organization has so many operatives (literally hundreds) in key positions in big tech companies that the world trusts with our most sensitive data (medical, financial, etc.) should be of serious concern. This is especially true as they do not appear to distinguish between ‘bad guys’ and the rest of us. To Unit 8200, it seems, anyone is fair game,” he said.

Unit 8200 spies on Americans as well, receives virtually all data from NSA

According to whistleblower Edward Snowden, this overreaching surveillance by Unit 8200 applies to Americans and other internationals as well. In 2013, Snowden, who worked as a contractor for the CIA, leaked highly classified government documents from the National Security Agency (NSA) revealing how the federal government was hyper-collecting the metadata of millions of Americans with no connection to terrorism.

According to Elizabeth Goitein, “The NSA shares [this] raw data with multiple other agencies — including the FBI and the CIA — and all of them retain the data for a functional minimum of five years.”  Yet, in addition to these American agencies, Snowden’s leaks revealed that the NSA also passes along this unfiltered raw data to Israel’s Unit 8200, which means this foreign military agency also spies on American citizens as well.

In an interview on the topic, MacLeod expressed how this arrangement demonstrates the certain intimacy shared between the U.S. deep state and the Israeli government that he observes is “really treated like … a very trusted ally of the U.S. national security state. It’s basically the United States’ lieutenant in the Middle East.”

While three years of military service is required for all Jewish citizens of Israel, the best and brightest of the nation’s young people compete to be admitted into Unit 8200, which has been called “Israel’s Harvard.”

Based on the skills they receive from this high-tech military training, many veterans go on to enjoy lucrative careers in tech fields designing popular apps such as the map service Waze and communication service Viber.

Yet, according to one commentator, they also found companies that take “Israel’s ‘surveillance’ experiment in Palestine” to the broader world. One reason Palestinians are subjected to such oppressive surveillance is “because they are the unwitting participants of a very profitable Israeli experiment,” author and journalist Ramzy Baroud wrote.

Such experiments include implementation of facial recognition “Blue Wolf” technology that The Washington Post reported last year is “among the most elaborate deployments of such technology by a country seeking to control a subject population.”

A whistleblower veteran of Unit 8200, who had been recently discharged, told the outlet, “People worry about fingerprinting, but this is that several times over.” She said she was motivated to speak out since these surveillance systems are a “total violation of privacy of an entire people.”

Baroud observes that such experiments allow Israeli firms to promote their “sinister ‘security technology’ to the rest of the world as ‘field-proven,’ meaning that they have been used against occupied Palestinians.”

Veterans of Unit 8200 also go on to work at firms such as NSO Group, which MacLeod reports is “a technically private company” that is staffed primarily by former members of the unit.

This firm created a “cyber-surveillance weapon” called Pegasus that was used to eavesdrop on more than 50,000 prominent individuals around the globe, including almost 200 journalists, dozens of human rights defenders, and over 600 politicians, including French President Emmanuel Macron, Iraqi President Barham Salih, and Pakistani Prime Minister Imran Khan.

Another firm called Toka was “established by former Israeli defense minister and prime minister, Ehud Barak, with the help of a number of Unit 8200 officers,” MacLeod wrote. Acting effectively as “a front group for the Israeli government’s spying operations,” this technology “can infiltrate any device connected to the internet, including Amazon echoes, televisions, fridges and other home appliances.”

“A third private spy firm filled with Unit 8200 graduates is Candiru,” which the journalist states is widely believed to be behind malware attacks observed in Saudi Arabia, the United Arab Emirates, Singapore, Qatar and Uzbekistan.

Unit 8200 veterans hired by Google include Gavriel Goidel, the head of Strategy and Operations, Research who served in the intelligence unit from 2010 to 2016; Jonathan Cohen, Head of Insights, Data and Measurement, (2000-2003); and product partnership manager Ben Bariach, who focused on “controversial content, disinformation and cyber-security” for the big tech organization from 2018 through 2020 and served in the unit as a cyber intelligence officer between 2007 and 2011.

MacLeod also highlights how Google appears to “actively recruit current members of the controversial organization,” noticing how “Gai Gutherz left his job as a project leader at Unit 8200 and walked into a full-time job at Google as a software engineer” in 2020. Another example includes “Lior Liberman, who seems to have done the same in 2018 “taking a position as a program manager at Google after 4 years in military intelligence. Earlier this year, she left Google and now works at Microsoft.”

The researcher also looked to see if “former spies from adversary countries such Russia, Venezuela or Iran” could be identified as also being hired by these big tech firms and he could find none in his search.

MacLeod has also documented how “big tech companies like Twitter, Facebook, Google, TikTok and Reddit have hired hundreds of spooks from the CIA, NSA, FBI, Secret Service, NATO, and other intelligence agencies” in recent years.

The fact Unit 8200 is also a recruitment entity again highlights the “special relationship” between Israel and the U.S. government.

Though none of this information provides evidence that any of these employees are moles or are acting in any problematic way, the sheer number of such individuals from a military intelligence agency with a record of oppressing and controlling an entire population of people by grave violations of personal rights, including the use of ill-gained information as a method of warfare, should naturally cause concern.

And such hiring practices just may help explain the pattern of big tech organizations manipulating swing voters in crucial elections, censoring COVID and 2020 election information, and working seamlessly with government agencies to target political enemies of the Biden regime.