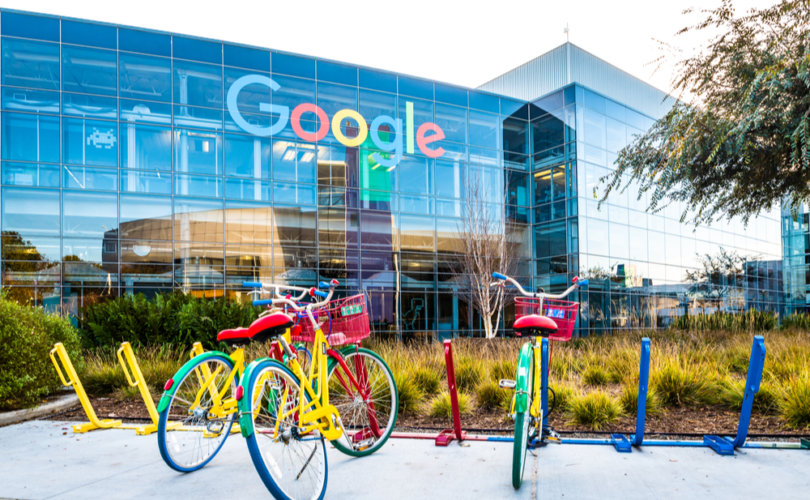 According to a CNBC report, the letter asks all Google employees to resist the company’s COVID jab mandate “as a matter of principle,” and put in place a different one that’s “inclusive of all Googlers.”

The group states that Google’s jab mandate is both “coercive” and “the antithesis of inclusion.”

Google has mandated that all its employees must upload their COVID jab status to the company’s internal systems by December 4.

The company claims the policy is both due to an internal mandate as well as one from the Biden administration.

The Biden administration on September 9 announced a mandate that any company with over 100 employees must have their employees jabbed with the COVID injections, or have regular testing of its workforce.

OSHA said it will comply with the Fifth Circuit ruling.

In July, Pichai said that the company would mandate that all its employees would have to get the COVID jabs to return to their offices.

There is much evidence that Biden’s vaccine mandates are a failed strategy for tackling COVID, according to a growing body of data.

Also, many do not want the injections due to safety concerns surrounding the jabs. Just recently, the U.S. Centers for Disease Control and Prevention (CDC) had to admit that they do not know of any examples of an un-jabbed person transmitting the COVID virus to someone who has natural immunity.

“I do not believe Google should be privy to the health and medical history of Googlers,” reads the manifesto

The manifesto, which CNBC reports was signed by at least 600 employees, reads in a section called “Respect the User” that “barring unvaccinated Googlers from the office publicly and possibly embarrassingly” exposes their “private choice” as it would be hard for the “Googler not to reveal why they cannot return.”

“Such Googlers may never feel comfortable expressing their true sentiments about a company health policy and other, unrelated sensitive topics,” reads the manifesto as reported by CNBC. “This results in silenced perspective and exacerbates the internal ideological ‘echo chamber’ which folks both inside and outside of Google have observed for years.”

When it comes to having to upload one’s jab status to Google’s internal systems, the group writes that the company “should be privy to the health and medical history of Googlers and the vaccination status is no exception.”

“It normalizes medical intervention compulsion not only for Covid-19 vaccination but for future vaccines and possibly even non-vaccine interventions by extension.”

The group also wrote that Google’s jab mandate “justifies the principle of division and unequal treatment of Googlers based on their personal beliefs and decisions.”

“The implications are chilling. Due to its presence as an industry leader, Google’s mandate will influence companies around the world to consider these as acceptable tradeoffs,” reads the manifesto.

According to CNBC, Google’s VP of security wrote in an email late last month that vaccines “are key to our ability to enable a safe return to office for everyone and minimize the spread of Covid-19 in our communities.”

Google has acknowledged the existence of the manifesto, according to CNBC, with a company spokesperson saying, “We firmly stand behind our vaccination policy.”

“As we’ve stated to all our employees and the author of this document, our vaccination requirements are one of the most important ways we can keep our workforce safe and keep our services running,” said the spokesperson.