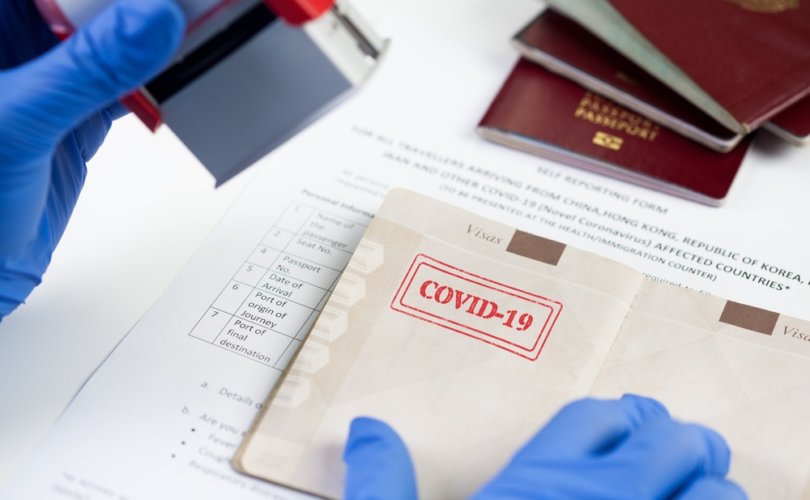 There have been many weeks of mixed messages, and contradictions in the U.K. about the issue of vaccine passports and whether the government was intending to bring them into use. In December, the vaccine minister Nadhim Zahawi said twice that “we have no plans to introduce so-called vaccine passporting,” adding that he urged businesses “not to even think about that.”

However, in January the government finally admitted that it was funding a trial of COVID vaccination passports, with £450,000 awarded to eight companies.

In mid-February, the foreign secretary Dominic Raab, hinted that vaccine passports could be used domestically, as a barrier to entry even in supermarkets and pubs. Health Secretary Matthew Hancock, subsequently shied away from suggesting they would be used domestically, but added his voice to Prime Minister Boris Johnson in describing a future where vaccine passports would become a standard requirement for international travel.

Notwithstanding the political pressure, as well as that from the mainstream media, many thousands of people have come together in opposition to the idea.

The petition against vaccine passports is growing continually: in mid-February it had over 140,000 signatures. On February 27, it had over 220,000, and at the time of writing it has passed over the 240,000 mark, despite only being set up in late January.

We want the Government to commit to not rolling out any e-vaccination status/immunity passport to the British public. Such passports could be used to restrict the rights of people who have refused a Covid-19 vaccine, which would be unacceptable.

The Government must be completely clear to the public about the use of vaccine passports & their intentions, which will undoubtedly affect societal cohesion & effect the economic recovery of Great Britain this year & into 2022.

Since the petition has been made via the official parliamentary channel, the government must respond to the petition, and consider it for a debate in the House of Commons once the signatures amount to more than 100,000.

With the signatures amounting to more than double that figure, Parliament should hear the motion and debate on it shortly.

However, Johnson has already appointed minister Michael Gove to lead a review into the use of vaccine passports, mentioning “deep and complex issues,” about the idea. Gove previously ruled out the idea of vaccine passports, yet in another now all too familiar governmental u-turn on issues relating to COVID, he will now take charge of the review considering their use.

Laura Perrins, co-editor of the Conservative Woman, decried vaccine passports as a “a monstrous assault on our civil liberties. They are discriminatory against ethnic minorities, pregnant women, and anyone who does not want to disclose their medical status to random people.”

She was supported by businessman Simon Dolan, who took the UK government to court over the legality of lockdowns, who wrote: “Imagine the outcry if, for example, people had to prove they didn’t have HIV in order to travel, or receive hospital treatment.”

Sam Grant, Head of Policy and Campaigns for human rights group Liberty, warned that the move would “create a two tier society where some people can access support and freedoms, while others are shut out – with the most marginalised among us hardest hit.”

The 240,00 strong petitioners are supported by the Council of Europe (of which the U.K. is a part), which recently ruled that measures such as mandatory vaccine or vaccine passports, as well as any discrimination against those who do not have the vaccine, would be a breach of human rights.

An explanatory note to section 7.5.1 of Resolution 2361, read: “Vaccination certificates should not be used as a “vaccination passport” (at borders, in aviation, or for access to services). Such use would be unscientific in the absence of data on the effectiveness of the vaccines in reducing transmission, the length of any acquired immunity, as well as the percentage of ‘failure’ to produce immunity due to new variants, viral load and delayed second doses. Such use would also pose privacy concerns, and, taking into account the limited availability of vaccines, may perpetuate and reinforce exclusionary and discriminatory practices.”

The resolution stated vaccination certificates should only be used “for their designated purpose of monitoring vaccine efficacy, potential side-effects and adverse events.