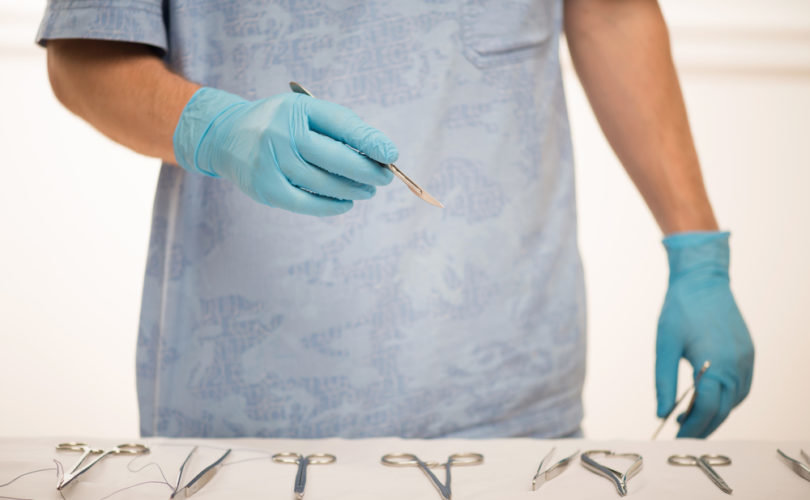 LONDON, September 22, 2017 (LifeSiteNews) — The Royal College of Obstetricians and Gynaecologists voted Friday to support the liberalization of laws governing abortion procedures despite a group of 650 British doctors earlier signing a letter denouncing the “extreme” pro-abortion views expressed by the head of the RCOB.

Its president, Lesley Regan, had stated that abortions should be treated like procedures as mundane as bunion removal. Of the 6,000 members of the RCOB, only 33 had a ballot.

“It is disgraceful that a mere handful of RCOG representatives have agreed to support the removal of all legal safeguards associated with abortion,” said John Deighnan, the CEO of the Society for the Protection of Unborn Children. “Indeed, this dangerous move by the RCOG means that a mother could have an abortion and for any reason up to the seventh month of pregnancy, and potentially up to birth if the Infant Life Preservation Act were also to be scrapped.”

“The vote exposes the extent to which a determined minority has betrayed the fundamental calling of health workers, which is to serve life,” he continued. “Our nation needs to waken up to the barbarous system which is practiced in our land under a cloak of obscurity.”

The 650 doctors who signed the protest letter also objected to the majority of the RCOB members not being able to vote. Between 30 and 40 of the signatories belong to the college; the others belong to other medical specializations.

The British Medical Association and the Royal College of Midwives have already come out in favour of decriminalizing abortion. In the case of the BMA, 69 percent of its members voted to back decriminalization, 29 percent voted against, and 2 percent abstained. However, in the case of the Royal College of Midwives, chief executive Cathy Warwick did not consult her members. There was also a clear conflict of interest, as Warwick was also the chair of Britain’s largest abortion provider, the British Pregnancy Advisory Service (BPAS), at the time.

Abortion procedures in the United Kingdom cannot be done without the signatures of two doctors or, unless the baby has severe disabilities, after 24 weeks’ gestation. In principle, abortions are supposed to be done only to prevent “grave” physical or psychological damage to the mother. In reality, many British doctors sign the paperwork whenever they want. In 2016, 190,406 abortions were committed in England and Wales. There were an additional 12,083 abortions performed in Scotland.

Dr. Ronald Jameson said a new abortion policy would “almost certainly bring abortion much closer to being a free for all.” Dr. John Etherton said the “immediate implications” of decriminalizing abortion “are that it opens the gate for infanticide. That’s very clear.”

The Daily Mail quoted Dr. Peter Saunders of the Christian Medical Fellowship saying that the RCOG wants to remove abortion from criminal law because so many of its members do it.

“How is this different from bankers asking for fraud to be decriminalised, taxi drivers seeking an end to speed limits, or tenants aiming to abolish rental contracts?” Saunders asked.

“Surely it is those who most stand to gain by a change in the law who should have least say over how it is framed.”

The RCOB claims that all its members had been consulted and told to make their views known to their council representatives.