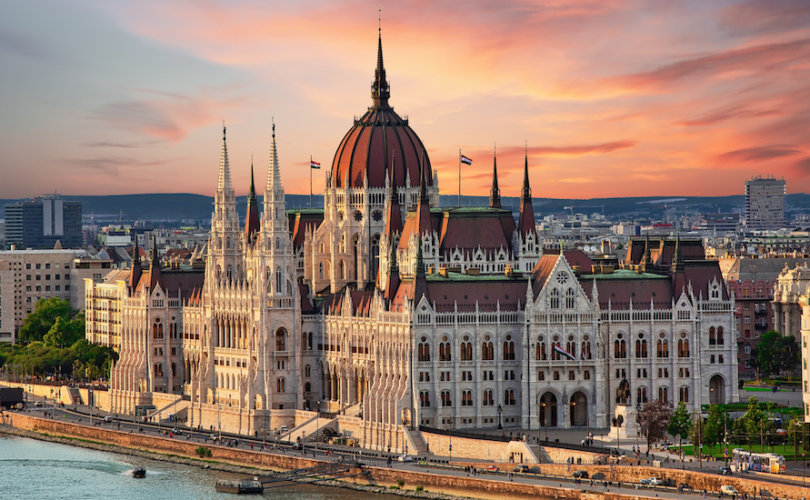 BUDAPEST, Hungary (LifeSiteNews) – Hungary has announced a referendum on a recent law that cracks down on pedophilia and promotion of LGBT ideology to children, amid legal action by the European Union to sabotage the legislation.

Hungary’s sweeping child protection law, which passed in June 2021 and took effect the next month, bans LGBT themes in school material and media content, including advertisements. The law explicitly prohibits “content that depicts sexuality for its own sake, or promotes or displays deviations from the identity of the sex of birth, gender reassignment or homosexuality.”

With the April referendum, voters will be posed five questions, including whether they support pro-LGBT sexual education classes without parental consent and allowing minors to undergo transgender surgeries:

The referendum has overwhelming support among Hungarian voters, according to polling.

In a survey by pollster Századvég, 73 percent of Hungarian adults said that children should not be taught about sexual orientation without parents’ permission, and more than 90 percent said that sex change procedures should not be promoted or made available to minors.

If the referendum is valid, the regulations will stay in place for three years, after which the government will decide on further legislation, according to Gergely Gulyás, Orbán’s chief of staff.

In a July video announcing the referendum, Orbán described the vote as a way for Hungarians to push back against attempts by the EU to dismantle the child protection law. European bureaucrats, the prime minister said, “complain that we do not allow what has become the Western European practice” with “LGBTQ activists going into kindergartens and schools to provide sexual information.”

“That is what Brussels bureaucrats want in Hungary, too,” he said. “Our children’s future is at stake and we cannot make concessions in this case.” “When pressure on our country is this strong, Hungary can only be protected by the common will of the people.”

Days after the law passed in June, European Commission President Ursula von der Leyen vowed to use “all the powers of the Commission” to halt the measure. The EU launched legal proceedings against the Eastern European country in July and sent an opinion to the Hungarian government in December demanding the law be scrapped.

The anti-pedophilia legislation is the latest move in a years-long campaign led by Orbán to preserve Hungary’s Christian values and defend children from left-wing ideology. Since 2018, Hungary has eliminated “gender studies” courses, banned same-sex adoption, amended the national constitution to protect marriage and the natural family, and required disclaimers for pro-LGBT books targeting kids.