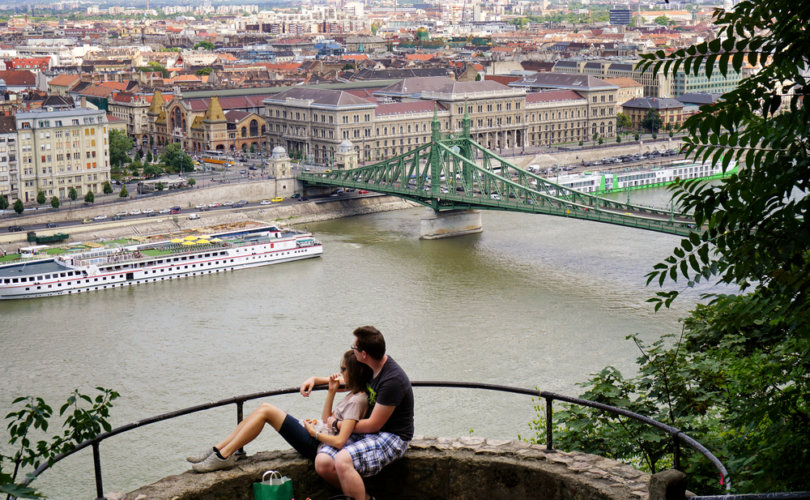 BUDAPEST, Hungary, August 2, 2019 (LifeSiteNews) – Hungary’s pro-family government is offering married couples a 10 million-forint (about $33,000 USD) loan that won’t have to be paid back if the couple has three children.

The measure is part of Prime Minister Viktor Orban’s plan to encourage population growth in a country with one of the lowest birth rates in Europe. So far, according to a government spokesperson, thousands of families have applied for the loans or other pro-family subsidies during the month of July.

Eligible couples would receive the funds in the form of a loan, which they would have to repay until they become the parents of three children. The loans must be paid monthly. However, if the married couples should have a child within five years, the interest on the loan is suspended, while repayments are suspended for three years.

There are specific criteria that couples must meet in order to qualify for the loan, reported Euronews.com.

Married couples taking advantage of the loan who do not produce their first child or no child at all within the first five years would be compelled to repay the full amount of the loan within a four-month period unless they can produce a medical certificate.

According to Katalin Novák, Hungary’s Minister of State for Family, Youth, and International Affairs, 1,300 couples have already received the loan. Describing Hungary’s “family protection action plan, Novak said that most of them had applied for the maximum, 10 million forint ($33,000 USD) loan. Couples who apply for the loan after the 12th week of pregnancy can automatically have the repayments on it suspended for three years.

The loans are not the only policy that the Hungarian government pursues in support of marriage and childbirth. For example, the government has received about 3,000 applications for write-offs of outstanding mortgage credit, while 6,400 large families have submitted applications for subsidies to buy cars, according to Novak. As of July 1, Hungarian families can apply for a $33,000 government mortgage write-off when the second child is born, followed by a write-off of more than 4 million forints ($135,000) in write-offs for a third child, followed by another 1 million forints in write-offs for each subsequent child.

Affirming the Fidesz party-dominated government policies, Novak said in a press conference that the 2020 budget allocates 2.5 times the amount of funding for families than the 2010 budget did. Novak, who is also vice-president of Fidesz, said that the 2020 budget will be “the budget of families.” She asserted that the pro-family policies will afford 162 billion forints ($54.9 million) next year in savings to families with children, while her government will issue loan-based subsidies to them amounting to 700 billion forints ($2.30 billion).

The government loans constitute a plank in the Hungarian government's pro-family policies and budget, which was announced earlier this year by Prime Minister Orban’s government in an effort to address the Central European nation’s birth dearth without having to rely on mass immigration from outside. Hungary has been notable in recent years for strict border controls and passing on the hundreds of thousands of migrants, mostly from the Middle East, to neighboring countries such as Austria and Germany.

In May, Dunja Mijatović, the Council of Europe's human rights commissioner, criticized Hungary’s pro-family approach, as well as its immigration policies. Expressing displeasure over the status of gender rights in Hungary, she warned against the country’s family protection action plan. “Although the government seeks to empower women through labor market participation, the focus of the newly adopted family protection action plan lies on women as child bearers,” Mijatović said. “This carries the risk of reinforcing gender stereotypes and instrumentalizing women,” she added.

According to Breitbart News, a government spokesperson said that Western Europe is addressing its demographic decline that will yield “catastrophic consequences in the long run.” Instead, Hungary is encouraging births, the source said, by focusing on families. The alternative, the source said, is to encourage immigration. The fertility rate in the European Union is 1.6, which is below the replacement rate of 2.1 that is needed to sustain a population. Hungary has a rate of 1.57 in 2017. The highest birth rates were found in France and Germany.

State Minister Novak wrote a letter to Annika Strandhall, Sweden’s Minister of Social Affair, in which Novak “firmly rejected” Strandhall’s accusations that Hungary’s pro-family policies were reminiscent of Nazism. On Monday, Strandhall tweeted that the “alarming” policies were “reeking of the 1930’s.” Standhall said that Prime Minister Orban wants to see “more true Hungarian” babies, defining him as a “right-wing populist trying to obscure the consequences of those policies to the independence women have fought for.”

For her part, Novak stated that she was “shocked to learn that on Twitter you claimed that the family protection action plan announced last Sunday by Prime Minister Viktor Orban recalls Germany’s thirties, and that our government exploits Hungarian women.”

Novak said that Hungary respects Sweden’s decision that migration is “your answer to the demographic challenges.”

“In Hungary, we believe in strong families as the basis of our community. We have driven family-friendly governance and gained two-third parliamentary majority three times in a row at democratic general elections. Hungarian citizens have many times expressed they will and entitled us to stop illegal migration at our borders, not to let in a mass of economic migrants but instead empower Hungarian women and men to be able to have as many children as they wish to and have them as soon as they wish to,” she said.

On Thursday, Hungarian Minister of Foreign Affairs and Trade Peter Szijjarto said “Hungary spends money on families rather than migrants.”