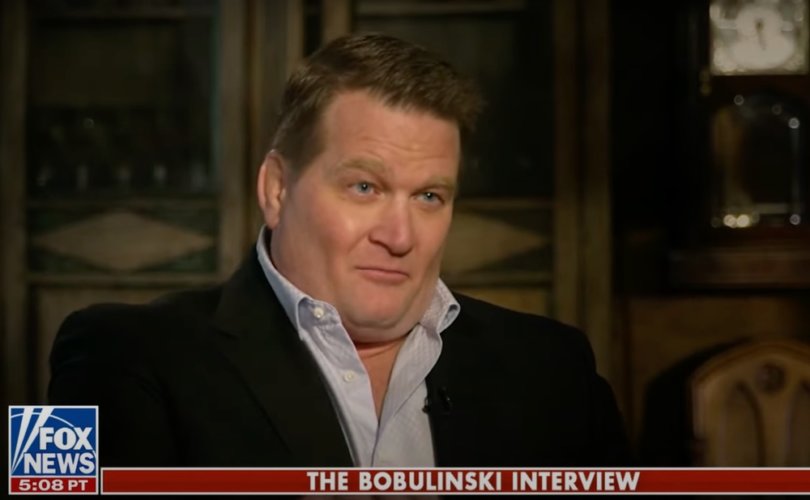 Tony Bobulinski, a former colleague of Hunter Biden, made the comments during an interview with Carlson that aired Tuesday night.

During the conversation, Bobulinski explained that he believes Biden’s brother Jim and son Hunter committed fraud against him in their joint business deal with a Chinese energy firm, and said the FBI should investigate the family’s alleged illegal dealings.

According to Bobulinski, the Bidens cheated him out of roughly $5 million by diverting funds away from a joint venture set up with Bobulinski and other partners Rob Walker and James Gilliar and into a company wholly owned by Hunter Biden.

“It appears that Hunter Biden, Jim Biden, and the Biden family really copied the same document down to typos [and] the serial number and they removed [the name] Oneida Holdings [and] replaced it with Owasco, which was [the name of] Hunter Biden’s law firm or business that he operated,” Bobulinski told Carlson.

“So he effectively swapped out an entity that he owned 20% of, to a business that he owned 100% of, which is fraud,” he said. “Hunter Biden and Jim Biden defrauded [us] and took the money for themselves … stole it from me and my other partners, Rob Walker and James Gilliar.”

“So they were shafting you without your knowledge, it sounds like,” Carlson said.

2 years ago, before the last presidential election, we interviewed a former business partner of the Biden family called Tony Bobulinski. His story of influence peddling and corruption went ignored. Bobulinski’s learned quite a bit more recently. Here’s part of what he had to say. pic.twitter.com/mCaEYLbGgw

“I’m not aware of them focusing on those specific facts,” Bobulinski said, adding that “everything that I’ve been privy [to], or briefed on, is they’re focusing on more legacy tax stuff, FARA [Foreign Agents Registration Act] stuff.”

“They should be looking into that,” he said.

According to Bobulinski, however, the FBI has refused to follow up with the evidence he has brought to them regarding the Biden family’s alleged criminal dealings.

Though he said the FBI told him and his lawyers they would call him in for another interview to pursue the allegations, Bobulinski told Carlson he has received no communication from the FBI since prior to the 2020 election.

In the interview, Carlson also asked Bobulinski to weigh in on the FBI’s involvement in the outcome of the 2020 presidential election.

Noting that the FBI was, according to Meta founder Mark Zuckerberg, instrumental in stifling the New York Post’s reporting about the scandalous and illegal contents of Hunter Biden’s laptop just before the 2020 presidential contest, Carlson suggested the election had been “rigged, in part by the FBI.”

A recent poll concluded that 71% of Democrat respondents would “likely” have voted differently if they knew that the reports about the laptop were accurate and not “Russian disinformation.”

The interview was Bobulinski’s second with Carlson, after coming on the show in October 2020 to corroborate major allegations stemming from the then-breaking report regarding Hunter Biden’s laptop.

Evidence pulled from Hunter Biden’s abandoned laptop suggests that the president’s son was engaged in high-profile influence-peddling schemes in countries including China, Russia, and Ukraine while his father was Vice President of the United States.

In the 2020 interview, Bobulinski said Joe Biden’s claim to have never spoken with his son about his business dealings was “false,” and that Biden himself was profiting from his son’s overseas deals.

Voicemail obtained by The Daily Mail earlier this year also appeared to disprove Biden’s claims that he was unaware of son Hunter’s shady business dealings in foreign countries.

On December 12, 2018, according to the recording obtained by the outlet, Biden told Hunter that a New York Times story regarding Hunter’s dealings with Chinese oil company CEFC was “good,” and that Hunter was “clear.”

Responding to the voicemail in the recent interview with Carlson, Bobulinski said it was “staggering.”

“That’s Joe Biden in his own voice telling the American people ‘I was always well aware of the business ventures my family was involved in,’” he said.