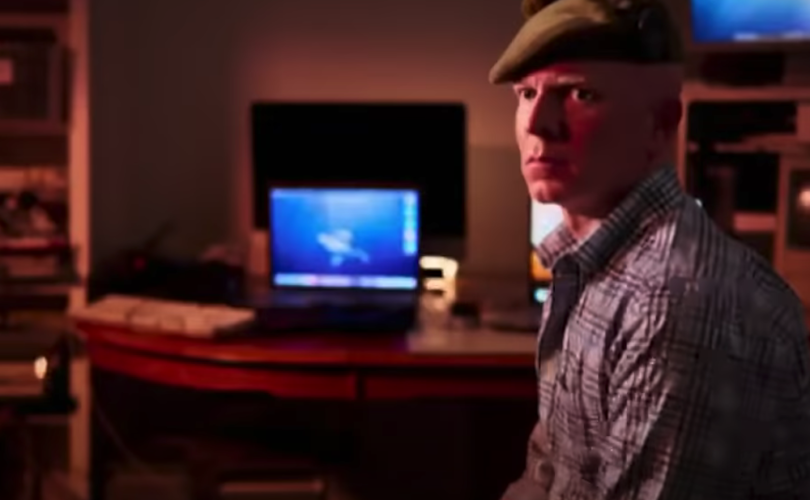 MONTGOMERY COUNTY, Maryland (LifeSiteNews) – The whistleblower who obtained Hunter Biden’s laptop, dubbed by former President Donald Trump as “the laptop from hell,” filed a lawsuit Tuesday against Democrat congressman Adam Schiff, CNN, and others, after almost 18 months of alleged defamation and damage.

“After fighting to reveal the truth, all I want now is for the rest of the country to know that there was a collective and orchestrated effort by social and mainstream media to block a real story with real consequences for the nation,” Mac Isaac said in a statement to the New York Post.

“This was collusion led by 51 former pillars in the intelligence community and backed by words and actions of a politically motivated [Department of Justice (DOJ)] and [Federal Bureau of Investigations (FBI)],” Mac Isaac continued. “I want this lawsuit to reveal that collusion and more importantly, who gave the marching orders.”

Mac Isaac received the laptop from Hunter Biden in April 2019, after he dropped it off reportedly to get it fixed. After Biden failed to pick the laptop up, Mac Isaac, unable to contact him, gave the contents of the laptop to the FBI. He later sent a copy of its content to then-President Trump’s lawyer Rudi Giuliani in 2020, and Giuliani later provided a copy of the laptop’s hard drive to the New York Post.

The contents of the laptop, which link the Bidens to shady business dealings, including with figures from Ukraine and China, were censored on social media leading up to the 2020 presidential election, and Mac Isaac was accused of taking part in a “Russian disinformation campaign.” The contents of the laptop have been authenticated by experts and confirmed by the New York Times and the Washington Post.

Mac Isaac’s lawsuit alleges that Schiff, speaking to Wolf Blitzer on CNN, said that the contents of the laptop were Russian misinformation without providing any evidence. According to Mac Isaac, Schiff has “explaining to do.” “Without any intel, the head of the intel committee decided to share with CNN and its viewers a complete and utter lie,” Mac Isaac told the Post. “A lie issued in the protections of a preferred presidential candidate.”

The lawsuit also claims that CNN knowingly broadcast a “false and defamatory story,” saying “CNN’s broadcast of the false statement accuses the Plaintiff of committing an infamous crime, i.e., treason by working with the Russians to commit a crime against the United States of America by attempting to undermine American democracy and the 2020 Presidential election.”

As a result of negative coverage by CNN and other outlets, Mac Isaac had to ask the Wilmington, Delaware, police department for protection while at work, with neighbors throwing vegetables, eggs, and dog feces at his store. Eventually, his store had to close, and Mac Isaac spent a year in Colorado.

Speaking to the Post, Brian Della Rosso, Mac Isaac’s lawyer, says that Mac Isaac is seeking “at least $1 million in compensatory damage [and] punitive damage which will be the much bigger number and will be determined at trial.”

“[Mac Isaac] has lost business, friendships, and his honorable standing in the community,” Della Rosso continued. “This lawsuit is to attempt to repair a small portion of that damage caused by the defendants in the suit … We intend to show that their actions were intentionally malicious.”

Mac Isaac’s suit is being backed by the America Project, an organization founded by former Trump national security adviser Gen. Michael Flynn and his brother Joe and businessman Pat Byrne. Speaking to Fox News, Joe Flynn said that “We saw this case in particular as an egregious example of how government officials and the media collude to create a false narrative and to destroy a person’s life and, for me in particular, as General Flynn’s brother, this hit home for me because this is exactly what they did to [him].”

When asked Wednesday if President Joe Biden ever got involved with his son’s business dealings, Press Secretary Jen Psaki maintained that the president never did, despite widespread evidence to the contrary, which LifeSiteNews has reported. Recent polling shows that nearly two–thirds of Americans believe that the president is likely compromised by his family’s business dealings with China.