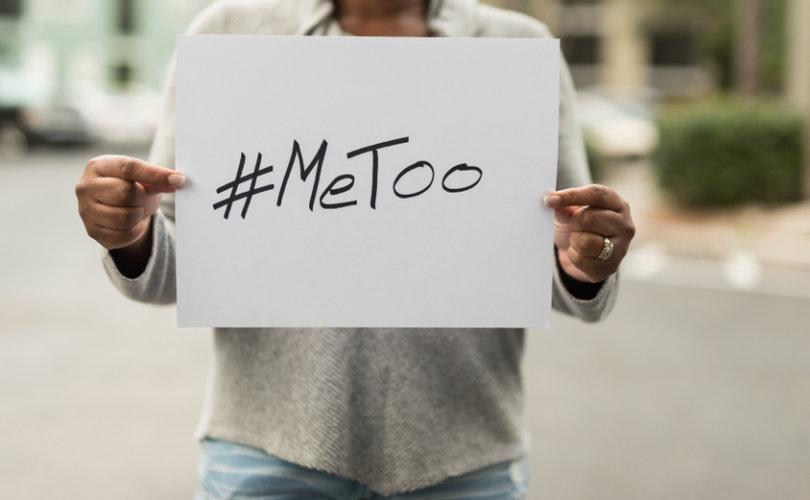 NEW YORK, New York, August 15, 2018 (LifeSiteNews) – Feminist scholars have rushed to the defense of a New York University professor who is a lesbian as well as a feminist in the face of credible allegations that she sexually harassed a male undergraduate student.

One legal expert has noted the hypocrisy of the feminists, pointing out that they have sided with the accused while going as far as to “malign the complainant.”

After an 11-month Title IX sexual assault investigation, German and comparative literature professor Avital Ronell was deemed responsible in May for sexually harassing Nimrod Reitman for three years during his time as a graduate student at NYU. Title IX, a federal civil rights law, prohibits discrimination on the basis of sex — which addresses sexual harassment and sexual violence — in educational programs that receive federal funding.

Reitman, who is now a visiting fellow at Harvard, is a gay man who is in a same-sex “marriage.”

According to excerpts of the final Title IX report obtained by The New York Times, Reitman claimed his former graduate student advisor sent him e-mails, calling him “my most adored one,” “Sweet cuddly Baby,” “cock-er spaniel,” and “my astounding and beautiful Nimrod.”

The former graduate student also reportedly claimed Ronell held his hand, e-mailed and texted him constantly, repeatedly touched and kissed him, slept in his bed with him, required him to lie in her bed, held his hand, and refused to work with him if he did not reciprocate.

Despite all these claims, a group of scholars, including such prominent feminists as Gender Trouble author Judith Butler, sent the university a letter in the wake of the Title IX decision praising the professor and dismissing the sexual misconduct allegations against her as nothing more than a “malicious campaign.”

“We testify to the grace, the keen wit, and the intellectual commitment of professor Ronell and ask that she be accorded the dignity rightly deserved by someone of her international standing and reputation,” they wrote.

“We wish to communicate first in the clearest terms our profound an enduring admiration for professor Ronell whose mentorship of students has been no less than remarkable over many years,” the scholars wrote. “We deplore the damage that this legal proceeding causes her, and seek to register in clear terms our objection to any judgment against her. We hold that the allegations against her do not constitute actual evidence, but rather support the view that malicious intention has animated and sustained this legal nightmare.”

That defense of a professor found to have sexually harassed a student is not sitting well with many people in the wake of the #MeToo movement which has repeatedly called for all allegations of sexual misconduct to be treated seriously.

“Imagine that such a letter had been sent on behalf of Peter Ludlow, Colin McGinn, John Searle, Thomas Pogge or anyone other than a feminist literary theorist:  there would be howls of protest and indignation at such a public assault on a complainant in a Title IX case,” wrote Brian Letter, director of the Center for Law, Philosophy and Human Values at the University of Chicago, on his blog.

“The signatories collectively malign the complainant as motivated by 'malice' (i.e., a liar), even though they admit to knowing nothing about the findings of the Title IX proceedings – and despite that they also demand that their friend be acquitted, given her past 'mentorship of students',” he wrote.

The expert in legal theory describes the notion that Ronell should somehow be treated with extra dignity because of her international standing and reputation as shocking.

In Canada, though, Prime Minister Justin Trudeau, a self-professed male feminist, did exactly that earlier this year, deciding not to launch an investigation or apply the same zero-tolerance standard to himself as he had to other politicians.

When old allegations of sexual groping a female reporter cropped up, Trudeau simply insisted he did not act inappropriately.

Conservatives in Canada were quick to chide the Liberal politician for what they viewed as his double-standard. The Rebel Media, a conservative news website, went so far as to start selling T-shirts with Trudeau's face and the word GROPE emblazoned on the front.

“Justin Trudeau thinks he can get away with sexually groping a young female reporter. He thinks the public will forget all about it over the summer – and he might be right,” The Rebel co-founder Ezra Levant said in a promotional video.

“Trudeau thinks he can brazen it out. I’ve got a better idea. Let’s remind him of it every day.”