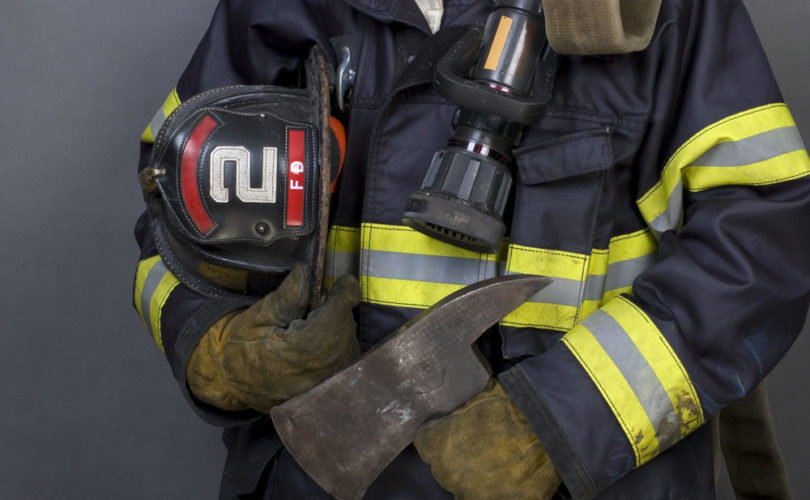 (LifeSiteNews) — A Los Angeles fire captain who spoke out against the city’s COVID-19 vaccine mandate in a viral video is now under investigation and could face disciplinary action.

Captain Christian Granucci, a 31-year veteran of the Los Angeles Fire Department (LAFD), acknowledged he would likely “catch total grief from my administration” in a video he posted to social media Monday. In the recording, he called Los Angeles’ impending COVID-19 vaccine mandate for city employees “tyranny” and said he was “done being silent.”

In a 12-minute video posted first to Telegram and then Youtube, Granucci, 52, said he has “literally bled for this department” and “used to love coming to work.”

“I respected the administration of this department at one point,” he said. “I even respected our union leadership. And now they are lock-step with total tyranny.”

As reported by FOX11, the Los Angeles City Council unanimously approved a measure requiring all city employees to get vaccinated against COVID-19, a move which will affect some 60,000 police officers, firefighters, and others.

Like all other city employees, firefighters with the LAFD will be required to get the jab no later than October 5 unless they obtain an approved medical or religious exemption, options which Granucci said were “pie-in-the sky,” and around which the city has “end-runs.”

Many Christians, among others, object to the COVID-19 jabs, not only because they have caused harm, but their production has involved the use of cell-lines derived from aborted babies.

Granucci ripped union representatives who he said “sat on their hands” while vaccine mandates were imposed in other states and cities.

“If we do not take the vaccine, we have to be subjected to testing twice a week. If we refuse that: termination.”

But now, just days after his video went viral on social media, the LAFD’s Professional Standards Division has launched an investigation against the 31-year department veteran.

A statement put out by the LAFD and obtained by FOX11 declares that since Granucci is “in uniform and appears to be on duty” during his video slamming the city’s coercive vaccination policy, he gives “the impression that he is speaking in an official capacity.”

According to the statement, Granucci is “not authorized to speak on behalf of the Department.”

“Therefore,” the statement reads, “the matter has been submitted to our Professional Standards Division for investigation, which may lead to disciplinary action.”

Before the City Council approved its ordinance requiring COVID-19 jabs for city employees, those who chose not to get the shot could opt to submit to a weekly test and provide proof of a negative test result instead of showing proof of vaccination.

“Now under the city council’s approved order, non-exempt employees have until September 7 to get the first dose of the Moderna or Pfizer vaccine and the second dose must be taken no later than October 5,” FOX11 reported.

“Those electing to take the Johnson & Johnson vaccine have until October 5 to be inoculated.”

The statement put out by the LAFD following Granucci’s remarks noted that “[t]he legislation is awaiting the Mayor’s signature,” but added that the LAFD’s “Oath and Affirmation require[s] all members to obey the Laws and Ordinances of the City of LA.”

Despite the impending legislation forcing vaccination on Granucci and his colleagues, the fire captain has no plans of backing down.

Granucci said he has joined with hundreds of like-minded city employees who are disillusioned with their administration and their union representation, and who are ready and willing to take legal action to protect their freedom to refuse the jab.

Addressing union representatives, Granucci said “we’ll give you the opportunity to stand up, and take the fiery arrows from the adversary of tyranny, and step in front of this and fight for us.”

If the union fails to represent the interests of those who refuse the vaccine, however, Granucci and his colleagues “we will seek legal counsel and we will take the fight to you: the City of Los Angeles.”

In a statement obtained by FOX11, issued after Granucci’s video went public, Freddy Escobar, President of the United Firefighters of LA City, said the union will “continue to encourage our members to get vaccinated,” but added “we do not support any City policies that make it a condition of employment.”

Stating that “our highly skilled and experienced LAFD Firefighters and Paramedics cannot be easily replaced – especially in a department that is already understaffed,” Escobar said “[t]he unexpected departure of even a small percentage of our workforce would have a devastating impact on public safety in Los Angeles.”

— Article continues below Petition —
PETITION: Ban COVID vaccine mandates for schools and universities!
Show Petition Text
42597 have signed the petition.
Let's get to 45000!
Thank you for signing this petition!
Add your signature:
Show Petition Text

Granucci and his colleagues have joined the ranks of a growing number of first responders resisting the vaccine mandates imposed by city, county, and state officials, with some unions stepping in to defend their members’ free choice.

In Illinois, Chicago’s Fraternal Order of Police has stepped up to defend its members. In a statement to Fox 32, president John Catanzara said his union is “100% against mandated vaccines for our members.”

In another statement to the Chicago Sun Times, Catanzara said the “vaccine has no studies for long-term side effects or consequences. None.”

“To mandate anybody to get that vaccine, without that data as a baseline, amongst other issues, is a ‘Hell, no’ for us,” Catanzara said.

In Hawaii, over 1,200 first responders in Hawaii filed a class action lawsuit challenging the COVID-19 injection mandates for city and county employees.

In Canada, the Toronto Police Association (TPA) announced Tuesday it does “not support mandatory vaccination announcement or mandatory disclosure for its employees.”

For Granucci, the battle against COVID jab mandates is necessary to preserve freedom.

“I don’t want to be doing this at the end of my career,” the fire captain said.

“I’d love to do a few more years on this department and just fade off into the sunset. But you know what? Damn it, this landed in our lap. And we’ve got to do something. We can’t sit back and let this happen.”

“God bless all the first responders out there,” Granucci said in closing.