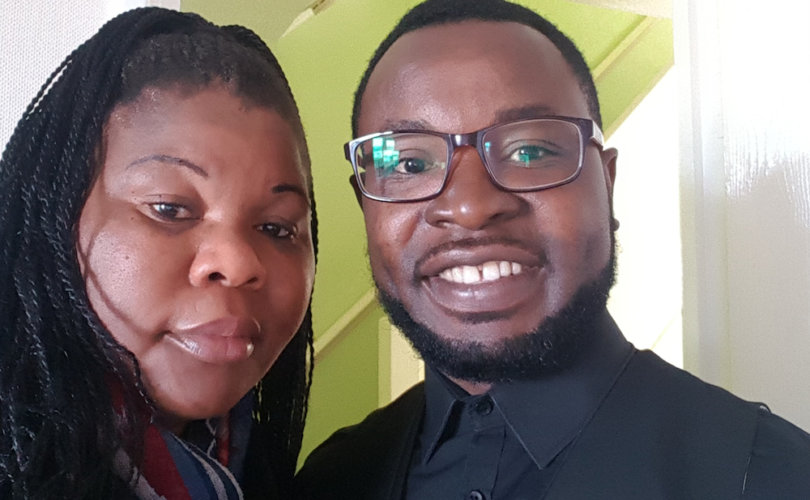 But he will get his day in court to argue that he was wrongfully expelled because he quoted on Facebook a passage from the Old Testament condemning homosexuality.

Ngole and his legal counsel provided by the Christian Legal Centre argued Tuesday in the British High Court for the right to a full judicial review of the Sheffield decision. They won. Deputy High Court Judge James Lewis said Ngole and the CLC made enough of a case that his expulsion was disproportionate to his offense to warrant a judicial review. The trial will be held in the fall, according to the Metro news organization.

“I am excited. This is not just about me,” Ngole said.

The University of Sheffield expelled Ngole from its Masters of Social Work program for commenting on social media in 2015 about Kentucky county clerk Kim Davis’ controversial refusal to sign same-sex marriage licences. Ngole quoted from Leviticus 20:13 describing homosexual intercourse as an “abomination” and prescribing the death penalty.

The university said that for a prospective social worker who must work with homosexuals to express such strong beliefs against their lifestyle “was an extremely poor judgment on your part and had transgressed boundaries which are not deemed appropriate for someone entering the social work profession.”

Andrea Williams, head of the Christian Legal Centre, said, “The university’s treatment of Felix fundamentally violates its responsibilities under human rights legislation. … Felix is entitled to express his views, especially ones shared by millions of people around the world.”

Ngole argues that the university should have looked at his record as a teacher and caregiver with homosexual clients, students, and colleagues.

“The university will want the public to agree it is about safeguarding social work and that I am a danger to vulnerable people,” Ngole said. “And that is far from the truth. If you look at [how I’ve worked with] all sorts of people, regardless of my belief … I’ve treated them very, very well.”

Ngole said he only spoke to people about his faith or his beliefs about homosexuality when they have asked.

“However, whenever they have needed my view on the topic I’ve expressed it without judging them,” he said. “I’ve got so much evidence to present in court that I’ve worked with these people and I never, ever treated them any different.”

He added that his classmates, who have all graduated, and people in his own church, the Church of England, have supported him. “But I have got even more help from my Catholic friends.”

Ngole and the Christian Legal Centre want the judicial review to reconsider his case in light of “human rights law including the freedom to manifest one’s faith.”

“The principle is freedom of speech and Christians being able in the open to proclaim their belief,” Ngole told LifeSiteNews. “They want us to believe that we live in a democratic society.” But how democratic is it, he wonders, if “people in same-sex relationships can proclaim in the open what they actually believe, but we cannot. And if we do, we will be hunted down?”

University settles case with student kicked out of program