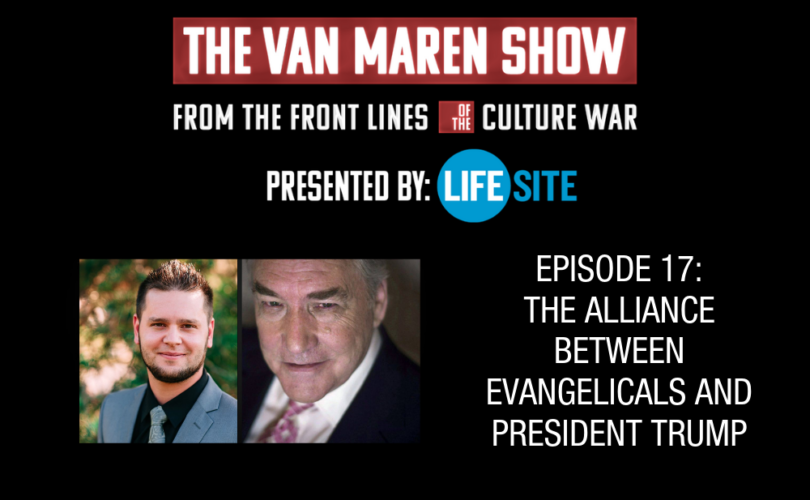 February 27, 2018 (LifeSiteNews) — The “LGBT” movement hates people like Walt Heyer. And they do everything they can to keep his story out of the mainstream press. This week, he appears on The Van Maren Show to talk about his decision to become a transgender “woman” and then leave that life behind.

Born in 1944, Heyer was married with children and had a good paying job. After 15 years of marriage his wife filed for divorce and in 1983, Heyer underwent sex reassignment surgery.

Today, he speaks out against the dangers of transgenderism and sex reassignment surgery, which he refers to as “the greatest medical fraud in history.”

“I don't know of any other surgical procedure where…40% of the people will attempt suicide and 20% of them have regret but they continue to do it,” he tells host Jonathon Van Maren. “It’s a masquerade” to “want to become someone who they can actually never become.”

The first 45 years of Heyer’s life were destroyed by transgenderism thanks to his grandmother’s “fun” little decision to put him in a purple chiffon dress and tell him he looked cute when he was just four-years-old.

Heyer tells Van Maren that the second someone affirms somebody in a cross gender identity, “you’re telling them there is something wrong with them the way they really are.” To a four-year-old, this was “very confusing,” and a form of child abuse.

Heyer, who has extensively studied the psychology behind transgenderism, runs a website called Sex Change Regret. He tells Van Maren that 100% of the hundreds of people he has spoken to and helps de-transition were somehow abused as children.

“You're looking at individuals who want to escape the pain” that was inflicted on them, he says. The abuse causes them to identify as “a different person who never was abused.”

Heyer and Van Maren also discuss his upbringing and what drove him to sex reassignment surgery in the first place and the terrible impact it had on his personal and professional life.

Heyer says he knew he made a mistake “probably six years into living out this transgender identity.”

“In the last ten years that I've been working with people…somewhere between six and twenty years people end up finding regret.”

Heyer also discusses the dynamics of his de-transitioning, his eventual re-marrying, and the tactics the “LGBT” movement uses to keep people like him on the fringes.

“Frankly, I don’t really give a rip. I’m really getting sick and tired of the LGBT garnering so much power that they’re willing to destroy the lives of young children and rip families, good families, apart.”

In 2018, Heyer released a book titled, “Trans Life Survivors,” where 30 people who came to regret their sex change surgery are profiled.