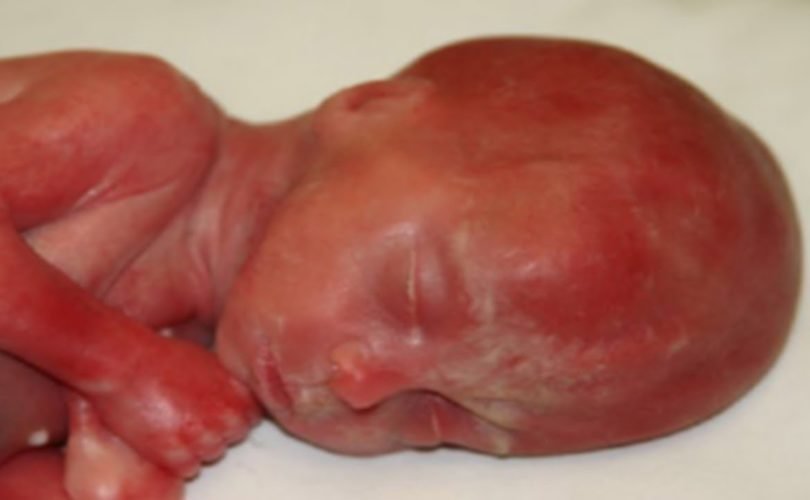 May 7, 2013 (LiveActionNews.org) – In previous articles, Live Action has covered cases where babies born alive after abortions were denied medical care and allowed to die, or, in some cases, were killed by direct action. The recent trial of Kermit Gosnell shows that these incidents continue to occur. The sheer number of cases we know about leads one to wonder how often babies are born alive, but no one outside the abortion clinic ever knows.

In April of 2005, a pregnant woman named “Angele,” decided to abort her 22 week old unborn baby. She was in her 30s, divorced, and already had two children. She did not want a third child.  She chose Orlando Women’s Center, also called EPOC Clinic operated by Dr. James Pendergraft. The abortion clinic’s website advertises “3 minute pain-free abortions.” The Orlando Women’s Center has published newspaper ads offering abortions up to 28 weeks.

Angele had named her baby Rowan. She chose a method of abortion that she hoped would cause the child a minimum of suffering – an injection of digoxin in the heart to kill him, rather than dismemberment by D&E.

The abortionist first had to insert laminaria, small sticks that expand inside the woman and dilate the cervix, making the abortion procedure easier. Before the insertion of laminaria, Angele was given a sedative. In her own words:

“The injection burned a lot as it went in. … The discomfort was distracting. I still felt the ‘lams’ as they were being inserted. Dr. Perper told me to relax my muscles and noted that my cervix was slightly soft. I asked him what that meant and he said it was good.”

Angele says the clinic workers discussed injecting the digoxin, but they never did. She described the doctor Harry Perper, MD, as “a very fast moving, hyperactive type of person.”

When Angele went back to the hotel, she continued to feel her baby kick. This confused her because she had been led to believe that the baby would be dead. At one point, in the middle of the night, while the baby was still kicking, she considered calling the clinic’s after-hours line, but decided not to.

The next morning, Angele took the pills meant to cause her body to expel her baby. She arrived at the clinic around 9 am. She was ushered into a room and told that her doctor would not be in the clinic until 2pm, and that if she delivered before then, without him present, she would have to stay and be examined by him. Angele was given a blanket and a heating pad, and left alone to go through labor.

The contractions began. At one point, the pain became intense and she asked clinic worker “Violene” if she could be given anything to ease the pain. She also told Violene that she thought she was about to deliver. Violene told her she was not ready, and left her again. In Angele’s own words:

“I came back to the sofa, (they both really smelled awful), wrapped up in the wet and sour-smelling blanket, then decided it was better without it. I rocked back and forth on my hands and knees, trying to hold the heating pad to my stomach to both relieve the pain and try to stay warm. I was looking down and saw little smears and spots of dried blood on the floor and an old cotton ball with blood on it by the fabric-covered sofa across from me. Noticing how dirty it was and how no one was in the room or even nearby in the hallway began to make me nervous and uncomfortable. I went right back to the powder room and began to try to push a lot. I thought it might help since I was told I was not nearly ready to deliver.”

“In one agonizing push, I felt and heard something come out. Then immediately another push. I was weak. I just held my head in my hands for a moment. Then I decided to stand up. I looked. There was my baby, the whitish cord and what I thought surely must be the placenta. “I started sobbing and lay down in the floor. I stared and stared at my son. I was horrified that I had just had him in a commode.” “His right leg moved. He curled up a bit like he was cold; I screamed for Violene! No one came. I managed to get to the doorway, pants down, blood everywhere and yelled again. I went back to my baby. I heard her say she’d be right there.

“I showed her Rowan, told her he was alive and moving and to call 911! She took a quick look, said he’s not moving now and she’d be back to take care of things while walking out. I called her again. I was touching Rowan softly and he moved again. I called her back. Rowan jumped, I think startled by the loud sound of my calling for help. I showed her that he was moving and alive. I begged her to hurry and call 911, now!”

The clinic worker took one look at the moving baby and told Angele that she would get her supervisor. But the minutes ticked by, and no one came. It became clear to Angele that Violene was not going to summon help. She grabbed her phone and quickly dialed her friend, pleading with her to call 911 and send paramedics to save her baby. Listen to the call here.

Angele continued to be left alone with her son, who she said reacted to her voice. All she could do was try and comfort him:

“I stayed beside Rowan talking to him, telling him how strong he was being and how proud I was of him. I told him God must really want us to be together for him to make it through everything he had just been through and that Mommy was so sorry but so happy to have a chance to love him. I told him he was a strong little miracle and that I couldn’t wait for him to meet his brother and sister. I just kept touching him, trying to warm him with my hands and talking to him so he would not feel any more afraid than he already must.”

Finally, the baby stopped moving as Angele waited for help.

She cradled the dead baby and began to pray, filled with remorse for choosing to undergo the abortion. A staff member came and demanded that she give her the baby. Angele refused, and continued to hold on to Rowan. The clinic workers left her alone briefly but returned to pressure her to give up the body of the child.

When Violene came back after talking to the police, Angele said:

“I spoke to her telling her how little I appreciated them telling the police my child was not alive. I stared hard at her and said, ‘Violene you saw him moving. That is when you were supposedly going to get your manager and “take care of it.” You stayed away until Rowan died. I don’t care what you say, you and I both know he was very much alive. We know the truth.’ She said nothing and turned away.

Although the doctor had never arrived and Angele had been told she had to be examined by him, the clinic workers seemed to want nothing more than to get her (and her friend, who had arrived) out of the clinic. They gave her a bag with medicine in it and ushered them both out the door.

Angele wanted an autopsy to be performed to prove Rowan was born alive. The local coroner refused to do it. Eventually, an autopsy was performed by Chief Medical Examiner Dr. Jan C. Garavaglia.  The medical examiner was unable to determine whether Rowan had been born alive, because she did not find air in his lungs. However, she also found that, as Angele had said, the baby had most likely never been injected with Dixogin (there were no needle marks anywhere on the baby’s body, which would have been left had the injection occurred.) Dr. Garavaglia stated that it was “probable” that Rowan’s heart had been beating and that, therefore, he had been born alive. Without air in the lungs, however, it could not be officially proven. You can see Rowan’s autopsy report here.

No action was ever taken against the clinic for Rowan’s death.

Angele later wrote a letter to Operation Rescue’s Troy Newman in which she said in part:

“Thank you very much for your kindness. It is amazing the out pour of kind words and support I am receiving after Rowan’s death.

I wish that I had such a network and support before, I would still be pregnant. …I hope that women will see my humiliation and remorse and seek forgiveness if they are post abortive.

I want to do everything in my power to see that this does not happen to other babies or mothers.

I want women in crisis pregnancies to see that whether they are of 6 weeks or 28 weeks gestation, that abortion will haunt them for the rest of their lives. I would like for them to know that no matter how little you want the pregnancy itself, you will want, love and cherish your child. Those 9 months of crisis are the toughest. If you make it through that, the rewards come 1000 fold!…. It is very shameful to step forward and admit publicly that I have been so wrong as to “choose” to take the life of my child. On the other hand if it will accomplish any or all of the above, then it is my duty, isn’t it? That is so long as I protect the children I have here first and foremost. I know God wants me to put them first, just as I should have with Rowan.”

Note: This is part 6 of a series about how babies are born alive during abortion procedures:

Part I: ‘This baby is alive!’: the heartbreaking story of Baby Hope

Part V: Baby born alive was tossed into a bag and thrown on the roof of the abortion clinic