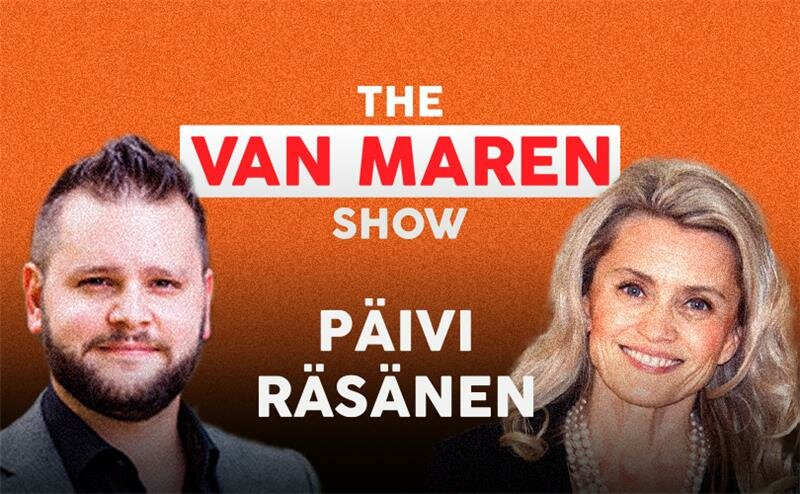 (LifeSiteNews) — On this week’s episode of The Van Maren Show, Jonathon interviews Päivi Räsänen, a Finnish Member of Parliament who’s been targeted for years by a pro-LGBT prosecutor over her outspoken Christian beliefs on homosexuality and marriage.

By way of background: Räsänen published a tweet in 2019 questioning the Evangelical Lutheran Church’s support for Helsinki’s “LGBT Pride” event. Räsänen has long been known for her defense of biblical marriage and sexuality, which has made her a target among radical pro-LGBT leftists who want to punish her for her Christian beliefs.

Although Räsänen was found not guilty of three charges of “incitement against a minority group” last year, the pro-LGBT prosecutor spearheading the case against her, Raija Toiviainen, has appealed the ruling, which means the case is still ongoing.

Räsänen tells Jonathon the whole situation is “shocking” because Finland has a long tradition of upholding freedom of speech and religion.

“I would never imagine that my convictions and my views about Christianity and the Bible would lead to this kind of process,” she says, adding that police have interrogated her about the meaning of “sin” and St. Paul’s teaching on homosexuality.

“I have only spoken about what the Bible teaches and what God is about, about marriage, that is between one man and one woman, and also what it teaches about about homosexuality”

Räsänen also notes that Toiviainen is not just militantly pro-LGBT, her stated main goal is “targeting and fighting and hate speech.”

Luckily Räsänen has received an outpouring of support from Finnish religious organizations and leaders, including from those in various countries around the world. Despite the arduous ordeal and difficulties of her situation, Räsänen sees some silver linings.

“The Finnish Association for Freedom of Speech and Religion has been founded after the beginning of this case to support this case and possibly similar cases in the future,” she says. “And I have to say that I’m especially happy for those gay people who have told me that they have found Jesus in their life through this case.”

For more from Jonathon’s interview with Päivi Räsänen, listen to this week’s episode of The Van Maren Show below: