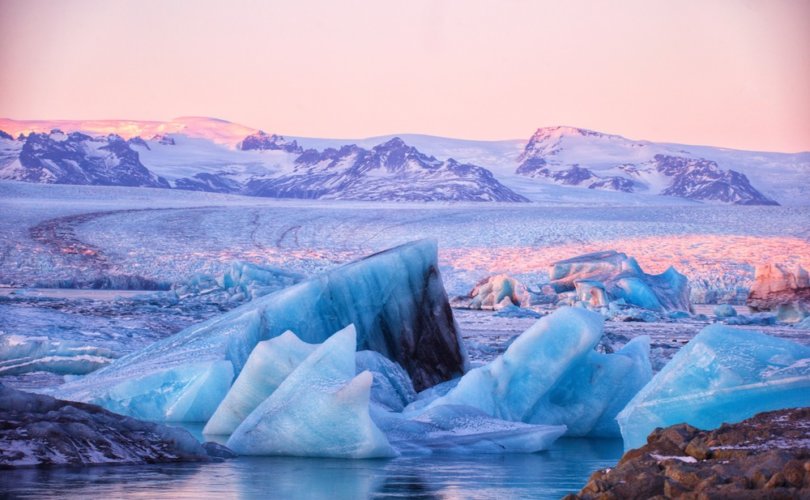 ICELAND, August 19, 2019 (LifeSiteNews) – Iceland, which aborts nearly 100 percent of babies diagnosed with Down syndrome, has held a funeral for a glacier.

An Icelandic geologist, Oddur Sigurðsson, told Agence France-Presse that “…We made the decision that this was no longer a living glacier, it was only dead ice, it was not moving.”

Therefore about 100 people, including Iceland’s prime minister, Katrín Jakobsdóttir, and Ireland’s former president Mary Robinson, held a ceremony where the glacier used to be on Sunday to commemorate its passing. A bilingual Icelandic-English plaque entitled “A letter to the future” was affixed to a rocky outcropping.

“Ok is the first Icelandic glacier to lose its status as a glacier,” it reads.

“In the next 200 years, all our glaciers are expected to follow the same path. This monument is to acknowledge that we know what is happening and what needs to be done. Only you know if we did it.”

According to Breitbart, Sigurðsson “brought a death certificate to the memorial service to bring attention to the ‘climate crisis’.”

Pope Francis alluded to the extinct glacier earlier this month when he was interviewed by Italian newspaper La Stampa. While explaining the relationship between his encyclical Laudato Si’ and the upcoming Synod on the Amazon, Francis said, “The other day, I read about a huge glacier in Iceland that melted almost completely: they built a funeral monument.”

But one sad irony about the disappearing Icelandic glaciers is that babies with Down syndrome regularly disappear from Iceland. In fact, almost everyone with Down syndrome is aborted before he or she is born. In 2009, only three babies in Iceland were born with the genetic condition. By 2017, no Down Syndrome baby had been born there in five years.

In 2017, Breitbart reported that an Icelandic geneticist had boasted about the eradication of Down syndrome from his country.

“My understanding is that we have basically eradicated, almost, Down syndrome from our society – that there is hardly ever a child with Down syndrome in Iceland anymore,” said Kari Stefansson.

Helga Sol Olafsdottir, a counselor at Landspitali University Hospital, indicated that she didn’t think the abortion of babies with Down syndrome was wrong.

“We don’t look at abortion as a murder,” she said. “We look at it as a thing that we ended.”