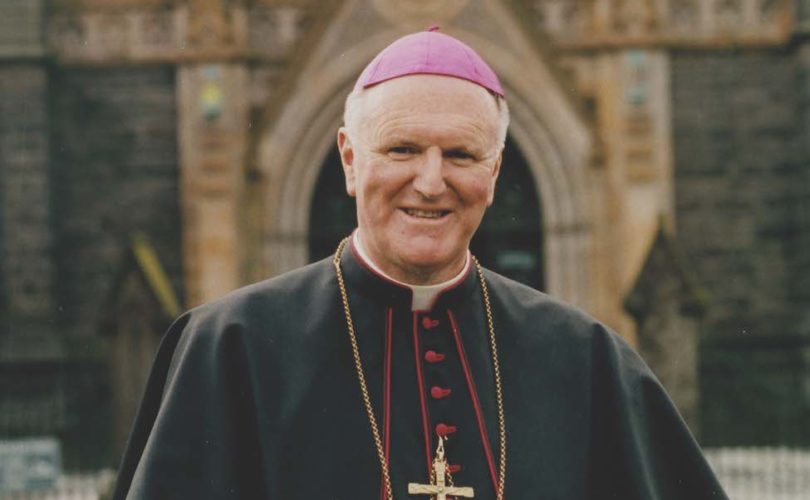 MELBOURNE, Australia, August 21, 2017 (LifeSiteNews) — An Australian Catholic bishop said he would go to jail rather than break the seal of confession.

Archbishop Denis Hart of Melbourne, president of the Australian Catholic Bishops Conference, said that a newly proposed criminal offense for those who fail to report child abuse is trumped by a “higher order, things to do with God.”

“I've said that I would [go to jail]. I believe that this is an absolutely sacrosanct communication of a higher order,” he told the Australian Broadcasting Corporation last week.

“I would go to extreme lengths outside of the confessional to make sure that the law was observed,” he said. “But there are some matters which are of a higher order, things to do with God.”

Hart’s comments come after Australia’s child-sex-abuse Royal Commission called for a sweep of legislative and policy changes, one of which would force priests to turn in penitents to police who confessed sexual abuse of children.

The Royal Commission suggested that there should be “no excuse, protection nor privilege” for clergy who failed to turn in a penitent, recommending that priests should face criminal charges for failing to report information heard during confession.

Confession is one of the seven sacraments of the Catholic Church in which the priest acts in the person of Christ to forgive the penitent who confesses his sin. The Church has always taught that what is said in the confessional stays in the confessional.

“[E]very priest who hears confessions is bound under very severe penalties to keep absolute secrecy regarding the sins that his penitents have confessed to him. He can make no use of knowledge that confession gives him about penitents' lives,” states the Catechism of the Catholic Church.

“This secret, which admits of no exceptions, is called the ‘sacramental seal,’ because what the penitent has made known to the priest remains ‘sealed’ by the sacrament,” the Catechism adds.

The seal of confession was once so widely revered, even in popular culture, that it became the essence of the plot in Alfred Hitchcock’s 1953 Hollywood murder mystery “I confess.” The thriller tells the story of a priest who hears the confession of a murderer and keeps the seal of confession, even when all the evidence begins to point his way.

Hart said the confessional seal should continue to remain protected by Australian law.

“Confession in the Catholic Church is a spiritual encounter with God through the priest,” he said in a statement.

“It is a fundamental part of the freedom of religion, and it is recognized in the law of Australia and many other countries. It must remain so here in Australia,” he continued.

“Outside of this, all offenses against children must be reported to the authorities, and we are absolutely committed to doing so,” he added.