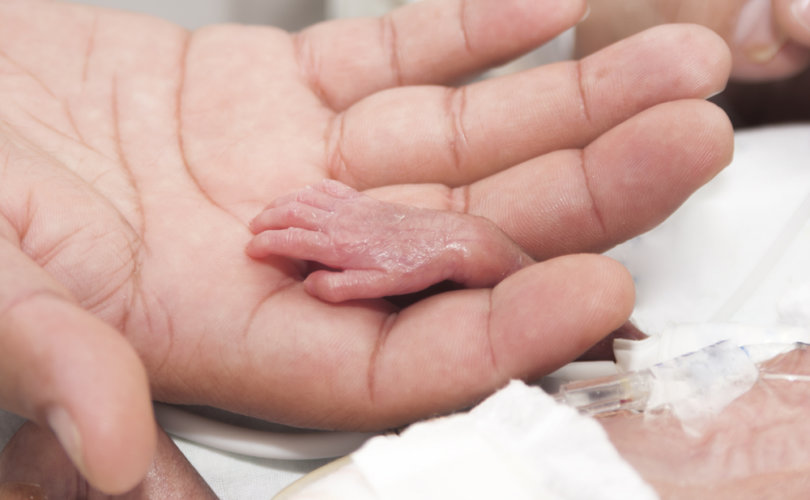 April 28, 2021 (LifeSiteNews) — On Tuesday, the Republican governors of Idaho and Arizona signed into law two sweeping pro-life bills that could save thousands of preborn lives.

Abortion providers who abort babies with detectable heartbeats could face up to five years in prison under the law, and pregnant women who undergo outlawed abortions could sue them.

“Idaho is a state that values the most innocent of all lives — the lives of babies. We should never relent in our efforts to protect the lives of the preborn,” Little said upon signing House Bill 366, calling abortion an “absolute tragedy.”

“Hundreds and hundreds of babies lose their lives every year in Idaho due to abortion, an absolute tragedy,” he said. “I appreciate Idaho lawmakers for continuing to protect lives by passing this important legislation, and I am proud to sign the bill into law today.”

Heartbeat bills have been repeatedly attacked in court and are the subject of ongoing litigation. Planned Parenthood already has vowed to sue over House Bill 366, which will take effect upon a court ruling on heartbeat bills that is favorable to the abortion giant.

“We are proud that Idaho can be added to the list of pro-life states leading the charge in offering legal protection for our youngest and most defenseless residents,” the pro-life Family Policy Alliance reacted yesterday. “The action taken today by Gov. Brad Little will ultimately save thousands of precious lives.”

Senate Bill 1457 bans abortion providers from knowingly committing abortions “sought because of a genetic abnormality of the child” and classifies violations as Class 6 felonies. Threatening or intimidating women into an abortion due to genetic abnormalities likewise constitutes a felony under law, though it does not apply to “cases where the child has a lethal fetal condition,” a press release from the governor’s office said.

“Under SB 1457, a person performing an abortion must complete an affidavit stating that the person is not aborting the child because of an abnormality,” the press release added. “It also requires the doctor performing the abortion inform the woman that is it unlawful to perform an abortion due to the child’s race, sex, or genetic abnormality.”

“With this legislation, Arizona remains among the top pro-life states in the nation,” the governor’s office said.

The landmark bill grants civil rights to preborn children regardless of their stage of development, while also mandating that aborted babies be buried or cremated, and prohibiting public education institutions from performing abortions unless the mother’s life is in danger.

SB 1457 additionally bans mail delivery of abortion pills and taxpayer funding for research using aborted babies, both of which have been advanced by recent actions by the pro-abortion Biden administration. Montana similarly banned “tele-abortion,” as well as most late-term abortions, on Monday.

The Catholic bishops of Arizona have applauded the passage of SB 1457, saying that the measure “establishes that Arizona’s laws will be interpreted in the context of valuing all human life.”

“This legislation looks forward to the day that Roe v. Wade is overturned and shows concern for both unborn children and their mothers,” the bishops continued.

“It’s a proud moment for a strongly pro-life state like Arizona,” said Sue Liebel, State Policy Director of the pro-life Susan B. Anthony List. “This law is a bold stride forward to end lethal discrimination in the womb, safeguard women against the proliferation of dangerous abortion drugs, and protect taxpayers from being forced to fund the abortion industry.”

“At a time when our federal government under the Biden-Harris administration is pushing an extreme anti-life agenda, it’s so encouraging to see state legislatures and leaders like Gov. Ducey taking charge and acting on the will of the people,” Liebel said.

Polling has shown that the vast majority of Americans, including most Democrats, oppose eugenic abortions of babies with Down syndrome and support heartbeat bills.