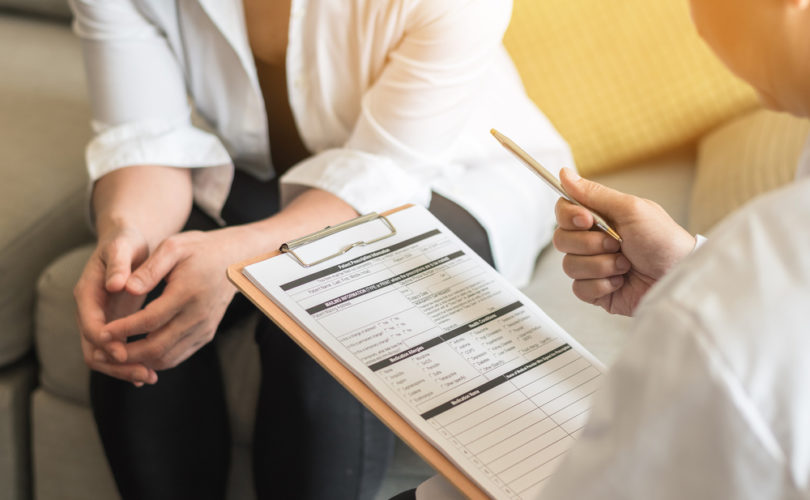 BOISE, Idaho  (LifeSiteNews) — A doctor has found an increase in cancers since the COVID-19 inoculation rollout.

On March 18, Dr. Ryan Cole, a board-certified pathologist and owner and operator of a diagnostics lab, reported to the public in a video produced by Idaho state government’s  “Capitol Clarity” project,  that he is seeing a massive ‘uptick’ in various autoimmune diseases and cancers in patients who have been vaccinated.

This doctor trained at the Mayo Clinic and runs the largest independent testing laboratory in Idaho.

Listen to what his lab testing is showing: pic.twitter.com/VtdjQMluzF

“Since January 1, in the laboratory, I’m seeing a 20 times increase of endometrial cancers over what I see on an annual basis,” reported Dr. Cole in the video clip shared on Twitter.

“I’m not exaggerating at all because I look at my numbers year over year, I’m like ‘Gosh, I’ve never seen this many endometrial cancers before’,” he continued.

Explaining his findings at the March 18 event, Cole told Idahoans that the vaccines seem to be causing serious autoimmune issues, in a way he described as a “reverse HIV” response.

According to Cole, in patients with HIV, there is a massive suppression of “helper T-cells” which cause immune system functions to plummet, and leave the patient susceptible to a variety of illnesses.

Similarly, Cole describes, “post-vaccine, what we are seeing is a drop in your killer T-cells, in your CD8 cells,”

“And what do CD8 cells do? They keep all other viruses in check,” he continued.

Much like HIV causes immune system disruption by suppressing CD4 “helper” cells, the same thing happens when CD8 “killer” cells are suppressed. In Dr. Cole’s expert view, this is what seems to be the case with the COVID-19 jabs.

Cole goes on to state that as a result of this vaccine-induced “killer T-cell” suppression, he is seeing an “uptick” of not only endometrial cancer, but also melanomas, as well as herpes, shingles, mono, and a “huge uptick” in HPV when “looking at the cervical biopsies of women.”

This is not the first time the COVID-19 vaccines have been linked to serious issues regarding women’s health.

According to a German research study, polyethylene glycol, an ingredient found in the Pfizer and Moderna jabs, has been found to pose a “potential toxicity risk” to women’s ovaries.

Dr. Michael Yeadon, a former vice president at Pfizer, has cited the German study as a possible explanation for the large number of menstrual irregularities and miscarriages being reported by vaccinated women.

Yeadon warns young women to avoid the vaccine for, in his expert opinion as a toxicologist, the shots will likely impede a woman’s ability to get pregnant and carry a baby to term.

Dr. Cole states in his video that, not only are melanomas showing up more frequently, like endometrial cancers, the melanomas are also developing more rapidly, and are more severe in younger people, than he has ever previously witnessed.

“Most concerning of all, there is a pattern of these types of immune cells in the body keeping cancer in check,” stated the doctor.

“I’m seeing invasive melanomas in younger patients; normally we catch those early, and they are thin melanomas, [but] I’m seeing thick melanomas skyrocketing in the last month or two,” he added.

Cole came into prominence in January of 2021 when the Idaho government put in place an effort called “Capitol Clarity,” with the stated goal of keeping Idahoans informed about the facts surrounding COVID-19.

The videos of Dr. Cole at these events, which were originally posted on YouTube, have since been deleted by the Google owned video platform in a continual effort of censorship by Big Tech.

“You’re not being told the truth,” said Yeadon “Thinking about this, I try to imagine that I was speaking to my own young adult daughters, for whom I would be very concerned if they got these vaccines.”