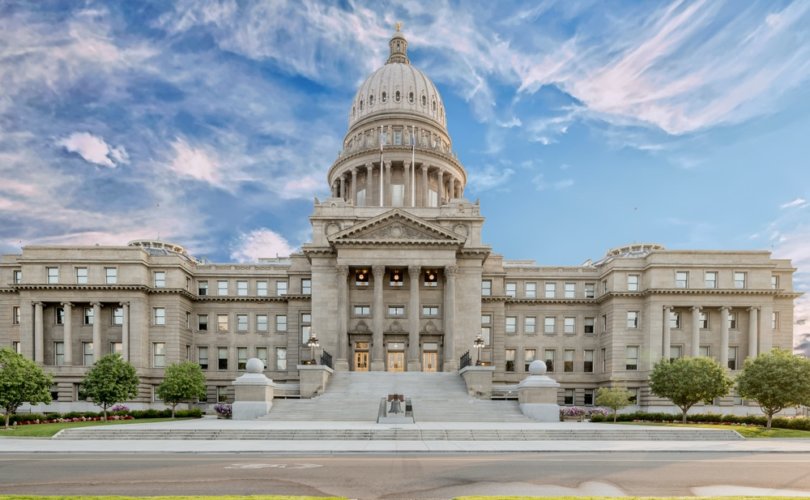 BOISE, Idaho, August 26, 2020 (LifeSiteNews) – Idahoans flocked to their state Capitol yesterday to call for an end to the coronavirus restrictions which are crippling businesses and hindering freedom of worship. Their witness and testimony convinced at least one politician to change his mind.

In a special legislative session, the House debated House Concurrent Resolution 1 (HCR1) to end the official “state of emergency.” It then passed 48 to 20. The Senate is debating it this morning.

The House chamber was filled with people of all ages – from mothers with children to business owners – voicing their concerns over the lockdown and telling their representatives that they want their freedom back.

The testimonies given during the hearings were powerful and moving.

“With all the noise, surprisingly the phone lines to our government officials have been silent,” said Charity Majors, a young mother who testified at the hearings. “What I learned while sitting in on committee and legislative sessions was that we the people actually have more power than we have been conditioned to believe. We want to end the state of emergency and go back to the checks and balances of government instead of a dictatorship by our government. We want this to pass!”

After listening to testimonies, Representative Gary Marshall (R – Idaho Falls) stated in his final remarks that he changed his position on the bill and now wanted it to pass.

“It is difficult to articulate fully all the ways in which the state of emergency violates both the spirit and the letter of both the U.S. Constitution and the Idaho Constitution,” the Idaho Freedom Foundation wrote of the current state of emergency. The group cited as examples the “First Amendment guarantee of freedom of religion” being violated “by various orders relating to the operation of churches and religious organizations”; the “First Amendment guarantee of the freedom to assemble peaceably that has been limited to groups of just 50 or even 10 people”; and the “Fourth Amendment guarantee to be secure in our persons, houses, papers, and effects” which has “been violated in numerous ways under the state of emergency.”

The Idaho Freedom Foundation also notes that the Sixth Amendment guarantees people the right to “speedy and public trials,” but many trials have now “been delayed in the name of the emergency.”