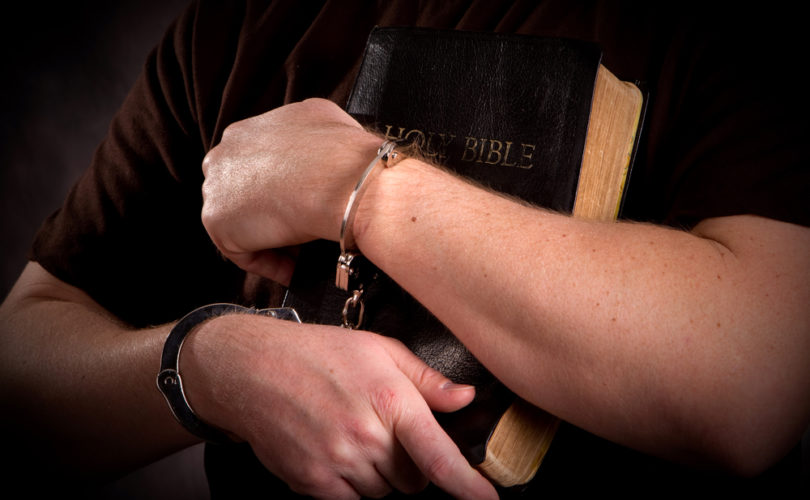 Ministers in the state of Idaho are facing fines and potential jail time for refusing to perform same-sex “marriages,” even though homosexuality violates their religion.

In 2013, the Idaho city of Coeur D'Alene passed a law that forces all businesses to consider homosexuals the same as racial minorities when it comes to housing, employment, and “public accommodation,” regardless of religious beliefs. Religious institutions are exempt from the ordinance – but according to the city, the ministers who run The Hitching Post, a wedding chapel, do not qualify for an exemption because their business operates for profit.

The battle came to a head earlier this year, after Idaho's marriage law was overturned by a federal court. At the time, a deputy attorney for the city said that The Hitching Post would have to follow the ordinance because it charges what the Alliance Defending Freedom (ADF) calls “a small fee” to conduct the ceremony and provide marriage materials with a Christian theme.

Last week, after Idaho declined to defend its state marriage law, a man called the proprietors of The Hitching Post about “marrying” another man. Donald and Evelyn Knapp declined to provide him that service, and immediately sued the city to prevent the ordinance's punishments – including fines and imprisonment – from applying to them. Fines could total as much as $1,000 for each day the Knapps do not follow the ordinance, and jail time could total 180 days.

ADF Senior Legal Counsel Jeremy Tedesco told LifeSiteNews that while The Hitching Post's owners are conducting a service that is required by the state — all weddings require “solemnizing” — “people don’t forfeit their First Amendment rights just because they are somehow involved with the government.”

“For example,” said Tedesco, “the Supreme Court has held that attorneys cannot be forced to abandon their political views to become a member of a state bar. Neither can the government force ministers to abandon their religious beliefs when solemnizing weddings.”

“In fact, the Idaho solemnization law lists 16 broad categories of persons who may solemnize marriages,” explained Tedesco. “Our clients should not be compelled by law to violate their faith when people in Idaho desiring a same-sex marriage ceremony have a plethora of options.”

UCLA professor and conservative legal blogger Eugene Volokh wrote that the local ordinance may violate Idaho's Religious Freedom Restoration Act (RFRA). According to Volokh, “compelling them to speak words in ceremonies that they think are immoral is an unconstitutional speech compulsion.”

“I think the Knapps are also entitled to an exemption under the Idaho RFRA,” continued Volokh. “The Knapps allege that 'sincerely held religious beliefs prohibit them from performing, officiating, or solemnizing a wedding ceremony between anyone other than one man and one woman'; I know of no reason to think they’re lying about their beliefs. Requiring them to violate their beliefs (or close their business) is a substantial burden on their religious practice.”

Volokh also says the Free Speech and Establishment Clauses of the U.S. Constitution could be violated if the city forces the Knapps to follow the ordinance.

The office of Coeur d’Alene Mayor Steve Widmeyer did not return multiple requests for comment from LifeSiteNews about the case.