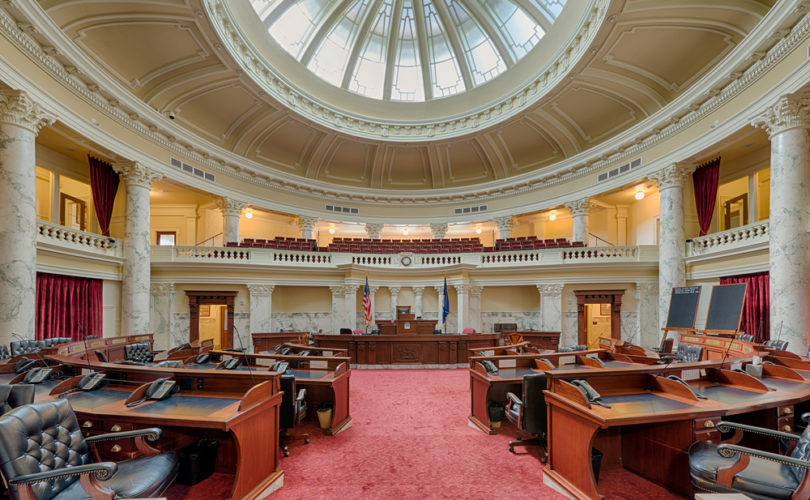 BOISE, Idaho, April 8, 2021 (LifeSiteNews) — A bill that protects most unborn children once their heartbeats are detectable has been approved by Idaho’s Senate.

Idaho’s “Heartbeat Bill” — Senate Bill 1183 — was sponsored by Republican State Sen. Patti Anne Lodge, and passed in a 28-7 vote on Tuesday. It will next be considered by the Idaho House of Representatives.

According to the Associated Press (AP), Lodge said on the Senate floor that a fetal heartbeat is a sign that life exists and that she believes the state has a compelling interest in protecting that life. Lodge added that the bill could help families who are hoping to adopt children.

“A woman can give birth and continue her life goals,” the state senator stated. “It is a humane act to protect those who are unable to speak for themselves.”

Lodge emphasized, too, that Idaho women in crisis pregnancies should be offered the help that is already available in the state. “A woman’s life is valuable, and if they’re in a traumatic situation we need to reach out to them with our love and support,” she said.

Idaho’s heartbeat bill protects almost all babies from abortion once their hearts begin beating, around five weeks after conception, but there are exceptions for medical emergencies, rape, and incest.

The bill states that a “person may not perform an abortion on a pregnant woman when a fetal heartbeat has been detected, except in the case of a medical emergency, in the case of rape …, or in the case of incest …” The abortion-minded mother of an unborn child conceived in rape or incest must report the crime to police and show a copy of the report to the physician engaged to perform the abortion. If she is underage or under guardianship, her parent or guardian may do so.

Otherwise, aborting an unborn baby with a beating heart will be considered “criminal abortion,” carrying a jail sentence. The bill states, “Every licensed health care professional who intentionally, knowingly, and recklessly performs or induces an abortion as defined in this chapter commits the crime of criminal abortion. Criminal abortion shall be a felony punishable by a sentence of imprisonment of no less than two (2) years and no more than five (5) years.”

In addition, the professional license of any medical worker who performs or helps perform an abortion will be suspended for a minimum of six months for the first offense, and canceled after the next offense.

The heartbeat bill states that the presence of a heartbeat in an unborn child is a “more reliable indicator of life” than vague notions of “viability,” and that unborn babies with heartbeats have a “95% chance of survival when carried to term.”

It also makes it very clear that the child has a life separate from that of his or her mother.

“The state of Idaho has a compelling interest in protecting the life of a preborn child at all states of its development, including after the preborn child has a detectable heartbeat, which signals rhythmically and without pause the presence of a precious and unique life, one that is independent and distinct from the mother’s and one that is also worthy of our protection,” it states.

Thus, any would-be abortionist will have to, by law, make sure that the child he is about to destroy does not have a heartbeat.

“Any person who intends to perform or induce an abortion on a pregnant woman must determine if there is the presence of any fetal heartbeat, except in the case of a medical emergency,” the bill states.

“In testing for any fetal heartbeat, the person conducting the physical examination on the pregnant woman must determine in his reasonable medical judgment and according to standard medical practice whether or not any fetal heartbeat is present.”

According to the AP, one Republican senator felt that the heartbeat bill does not go far enough to protect the unborn. State Sen. Regina Bayer said that women shouldn’t have the right to choose to commit murder, stating, “Abortion is murder.”

Republican State Sen. Scott Grow dismissed Democrat objections that the Idaho legislature may be sued because of the heartbeat bill. He said that he had spoken to women who had regretted abortions for the rest of her life, and also that money was not the point.

“This is not about money. This is about a right to life,” he said.

The Phyllis Schaff Eagles in a press release today praised the Senate for approving the Heartbeat Bill.

“The Idaho Senate has taken a great step in defending the right to life,” said Ed Martin, president of the Phyllis Schlafly Eagles. “We applaud the Idaho Senate for their commitment to protecting the most innocent among us. We look forward to speedy passage in the House, and approval by the Governor.”

“Through the work of legislators like our own Eagle leader Rep. Tammy Nichols (District 11) and the Senate sponsor, Sen. Patti Anne Lodge, Idaho is taking its place as a leader among America’s boldest conservative legislatures.”

The communique also contained a statement by Rep. Tammy Nichols, who said, “I appreciate the efforts of those involved in bringing forth the ‘fetal heartbeat’ legislation that I started.”

The state representative was clear that she would like to see even stronger pro-life legislation in future: “I am so glad that I could set the foundation and pave the way in the state of Idaho to begin this process as I did last year during our legislative session. Although we would like to have even stronger legislation that would bring an abolishment to abortion, we will continue to bite off a chunk at a time until we can get to that point.”

Heartbeat bills passed in other states and signed by their respective governors have been immediately sued by the abortion lobby. As the bills make their way through the court system, they are not current law in any state.

To congratulate State Sen. Lodge on leading the way in passing Idaho’s heartbeat bill, please contact her at the following address: