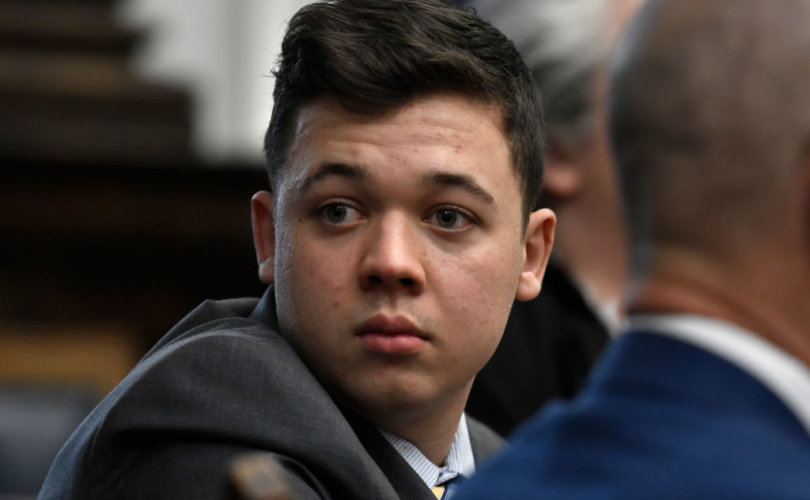 (LifeSiteNews) — Former President Donald Trump congratulated Kyle Rittenhouse after the 18-year-old was found not guilty of all charges relating to self-defense during a Black Lives Matter riot last summer in Kenosha, Wisconsin.

One of the men Rittenhouse killed in self-defense was a convicted pedophile, and the other had a criminal past which included threatening to kill his little brother.

The full text of Trump’s message read, “Congratulations to Kyle Rittenhouse for being found INNOCENT of all charges. It’s called being found NOT GUILTY — And by the way, if that’s not self defense, nothing is!”

Leftist media outlets had reported with heavy bias against Rittenhouse at the time of the shooting last year and throughout the trial.

One part of the media narrative surrounding Kyle Rittenhouse has been the notion that he was a “white supremacist.” MSNBC headlined an article with the accusation that the “trial was designed to protect white conservatives who kill.”

After the shooting took place, then-presidential candidate Joe Biden labeled Rittenhouse a “white supremacist,” although both men who were killed in the exchange were white, as is Rittenhouse.

Donald Trump said in August 2020, “He was trying to get away from them, I guess, it looks like … I guess he was in very big trouble. He probably would have been killed,” thereby insinuating that Rittenhouse acted in self-defense.

In an interview with Tucker Carlson on Monday night, Rittenhouse sent a message to Biden: “Understand the facts before you make a statement.”

Immediately after the ruling that found Rittenhouse innocent on all charges, conservative pundit Glenn Beck said that he “will donate money to Kyle Rittenhouse so he can sue the CRAP out of corporate media.”

Beck and other advocates of fair media representation are calling for Rittenhouse to take a similar route against the mainstream media that Nick Sandmann took. The teenager received millions in compensation from CNN and The Washington Post after their coverage incorrectly labeled him a racist after an encounter with a protestor at the 2019 March for Life.