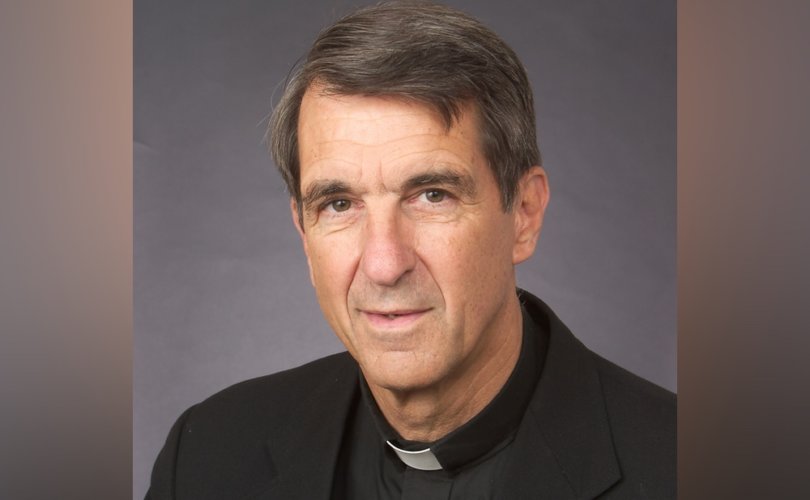 Father Joseph Fessio, SJ, told CNN that he finds the pontiff’s refusal to give an answer “deplorable”. In recent weeks, commentators have interpreted Pope Francis’ homilies about “the Great Accuser” and Christ’s “silence” as coded commentary on the Vatican whistleblower’s testimony and the pontiff’s own reluctance to answer it.

“He’s attacking Viganò and everyone who is asking for answers,” Fessio told CNN. “I just find that deplorable.”

“Be a man. Stand up and answer the questions,” he added.

The publisher-priest told LifeSiteNews that he meant no disrespect for the Pope by saying this. Fessio observed that words said in conversation look “worse” in print but defended his opinions.

“I think the idea that I’m expressing there is a valid idea, and even if I tempered it somewhat, I think it should be said. And maybe … it will help the Pope to have some straight-talking. He seems to want to have openness, doesn’t he? He talks about frankness and openness and don’t be afraid to say what’s on your mind.”

“So I said what was on my mind–and not just my mind; it’s on a lot of people’s minds.”

Nevertheless, the Jesuit priest was careful to underscore the importance of respect for the papal office.

“As Catholics we have to respect the office of the papacy and, to the extent that we can, respect the person who is holding that office,” Fessio said. “And as a priest, [I should] even moreso. And as a Jesuit, even more so than that!”

Fessio has met Pope Francis and spoken to him directly.

“I actually did talk to the Holy Father once,” he told LifeSiteNews. “For forty-five minutes. I told him about circumstances that I was aware of, and I said ‘Holy Father, I know you’ve got a lot on your mind, but I’m going to ask you for one thing: please do something about this’.”

The priest said that if he could speak directly to the Holy Father about Archbishop Viganò’s testimony today, he would preface his remarks by saying that everyone admires the pontiff’s desire to serve the poor, to send the Church to the peripheries, and to accompany people and help them discern.

“At the same time, in order for that moral authority to be received by people, there has to be transparency,” Fessio said he would tell Pope Francis. “You’re giving the appearance of criticizing anyone who asks you a … difficult question. And that appearance is not good.”

“You have to do your best to answer questions, whether you think they are honest questions or not. If the questions themselves are substantive, then an answer is required,” the priest would conclude.

Fessio does not think the answer is “clericalism” when it comes the roots of the clerical sex abuse crisis and its cover-up. This is the answer to the crisis that has been provided by Pope Francis and others such as Cardinal Blase Cupich of Chicago.

“There’s … the misleading interpretation by high church officials [that this is] a question of clericalism, it’s not homosexuality,” he said. “Well, no, wait a second. Anyone with eyes to see will recognize that 80% of the cases are priest on male.”

Fessio has met Archbishop Viganò also in person on “at least one occasion”, a long breakfast.

“He’s a great fan of Ignatius Press. He reads a lot of our books,” Fessio said. “He brought up Father Elijah, a novel by Michael O’Brien. He’s a cultured man.”

Fessio has also had phone conversations with the former papal nuncio, most memorably during Pope Francis’ visit to the Washington, D.C.

“Archbishop Viganò called me up, and he wanted to buy copies of Cardinal Sarah’s God or Nothing to give to the seminarians who were there while the Pope was in DC,” Fessio told LifeSiteNews. “… I made a deal with him and gave him a good price!”

“Some of it is speculation,” he said, “and some of it is his opinion. But most of it has to do with factual statements based on documents that admit of a Yes-or-No answer–or a producing of documents.”

While understanding a need for confidentiality in Church life, Fessio believes that secrecy at any price is wrong.

Fessio said that he thought the oath of papal secrecy that Vatican staff and diplomats like Viganò have to take “may possibly be immoral”.

Those who take the oath swear that they will not break confidentiality “even for the most urgent and the most serious of causes, or [even] for the greater good.”

“I have had Vatican officials lie to me,” Fessio revealed and, as an example, cited a papal book deal gone awry.

“I do think that culture of secrecy has got to be mitigated in some way,” he concluded. “Information that is of importance to the faithful should be available.”

Fessio thinks the 300-page document given to Pope Benedict — allegedly detailing a homosexual network within the Church hierarchy — should be reviewed by a group, and those parts which ought to be revealed to the public, should be revealed.

After all, he pointed out, Pope Francis was picked to be a reformer of the Vatican’s governance.

“One of the reasons we were given for the election of Pope Francis was to reform the Roman Curia,” Fessio said. “An outsider. Someone who is plain-spoken. Someone who has the poor and the faithful at heart. All good things. Well, if we’re going to reform the Curia, let’s make public some of these things which are crying out for reform.”

“That’s what I believe Viganò was trying to do,” he said.

The priest-publisher does not believe the Vatican whistleblower had any self-serving motive.

“I’ve talked to people in Rome, friends, who  know him, and they all say the same thing: that he’s a decent man, he’s conservative, he’s a traditional-minded person, but he’s fair-minded and he was highly regarded in the Vatican for years,” Fessio said.

But he does not think Viganò’s motive for writing his statement is the important question here.

“The question is, is it true or is it not true,” Fessio stated. “And there are people who can answer that question. There are documents in the nunciature in DC and in the [Vatican] Secretariat of State. Let’s just produce the documents, you know?”

Fessio earned a doctorate in theology from the University of Regensburg, and his thesis director was Joseph Ratzinger – now Pope Emeritus Benedict XVI. Fessio told CNN that he believes Benedict XVI is himself expressing subtle opinions about the crises of the contemporary Church. For example, the Pope Emeritus’ eulogic praise for one of the Dubia Cardinals was a “semi-coded” message.

Benedict said that the late Cardinal Meisner had, at the end of his life, “learned to let go and to live out of a deep conviction that the Lord does not abandon His Church, even when the boat has taken on so much water as to be on the verge of capsizing.”

“He's got a very wry sense of humor, and he understates things,” Fessio told CNN. “He's not going to say, 'The church is a mess under Francis.' But his support for  Meisner was a semi-coded message that he is aware of what's going on in the church right now.”