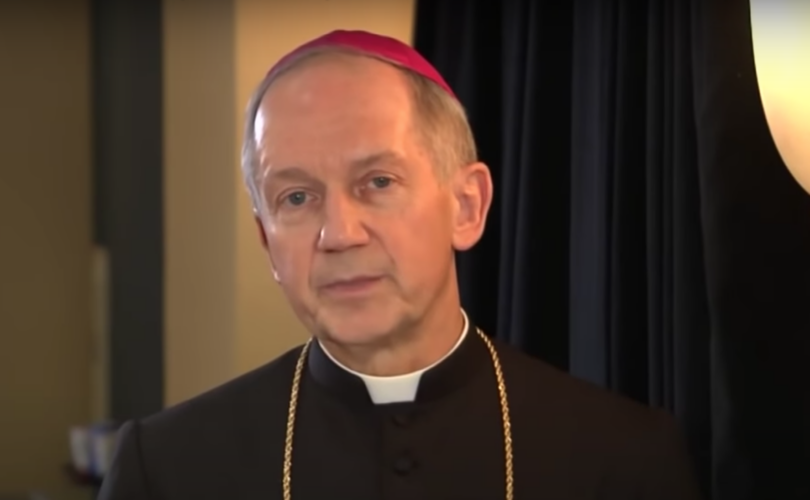 The 147–91 vote issued yet another victory to a bishop outspokenly courageous in his defense of human life and marriage.

Schlert, Paprocki’s contender, has been known for his open welcome of LGBT groups within his diocese. In April 2019, infamous pro-LGBT Jesuit priest Father James Martin thanked Schlert for “his approval” of a “weekend retreat for LGBT people and their families” at a retreat center in his diocese. The retreat was hosted by Martin.

Thanks again to the Jesuit Center at Wernersville for the weekend retreat for LGBT people and their families (and @BishopSchlert for his approval). Here’s one of many reasons for this ministry: these parents have 3 LGBT kids, all filled with faith and joy, just like their parents pic.twitter.com/PRaemM6VZ7

In contrast, Paprocki has defended Catholic teaching on marriage and homosexuality. As LifeSiteNews reported, “In 2013, on the day same-sex ‘marriage’ was legalized in Illinois, Paprocki held a special holy hour of ‘supplication and exorcism in reparation for the sin of same-sex marriage’ in the state capital. Paprocki stated that the event was intended to ‘call attention to the diabolical influences of the devil that have penetrated our culture.’”

Paprocki also issued a diocesan decree in 2017 prohibiting the performance of same-sex weddings by diocesan personnel or on Church property. The decree also prohibited those living in same-sex unions from “receiving the sacraments or serving in a public liturgical role.”

In 2016, Paprocki supported and defended Archbishop Charles Chaput in his refusal to admit the divorced and re-married to Holy Communion, reiterating the constant sacramental discipline of the Church as rooted in both the Scriptural and doctrinal teaching of Christ’s Real Presence in the Eucharist.

In 2018, Paprocki declared Pope Francis’ response to the McCarrick scandal was inadequate, calling on the Vatican and the Apostolic Nuncio to “make public the pertinent files indicating who knew what and when about Archbishop (formerly Cardinal) McCarrick and provide the accountability that the Holy Father has promised.”

The outspoken Bishop of Springfield has also taken a strong stand in support of life. In 2018 Paprocki prohibited Democrat pro-abortion Sen. Dick Durbin from receiving Holy Communion, explaining that since his “voting record in support of abortion over many years constitutes ‘obstinate persistence in manifest grave sin,’ the determination continues that Sen. Durbin is not to be admitted to Holy Communion until he repents of this sin.”

When, shortly after, Georgetown University honored Durbin, Paprocki deplored the action as “shameful,” saying the University was “suggesting they approve” of the senator’s pro-abortion record.

That same year Paprocki vocally disagreed with fellow bishops and the USCCB on their support of unions that fund abortions, issuing a public letter about the matter. More recently, in 2021, he strongly condemned an Illinois law allowing minors to obtain an abortion without parental consent.

It is hoped that Paprocki’s strong voice will continue to do good for the Church in his new role for the Bishops’ Conference.