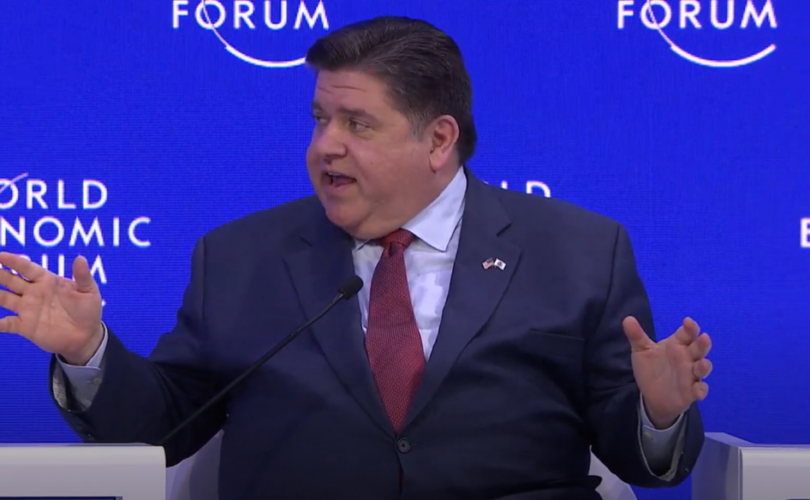 DAVOS, Switzerland (LifeSiteNews) — Illinois’ Democratic Governor J.B. Pritzker touted his state’s support for “a woman’s right to choose” at this year’s World Economic Forum (WEF) meeting in Switzerland, hitting on a pro-abortion theme many other participants have also highlighted.

Pritzker was on a panel with six other U.S. lawmakers Tuesday when he told moderator and current WEF president Børge Brende that he was proud of expanding abortion in Illinois.

During his second inaugural address on January 9, Pritzker called for a constitutional amendment to enshrine abortion rights in the state. He previously signed a bill in 2021 that allows teachers to inform students how to procure abortions and obtain transgender hormones.

“Modernizing our sex education standards will keep our children safe,” he said at the time.

Democratic lawmakers acquiesced to Pritzker’s request by passing a bill earlier this month that not only drastically expanded abortion access but designated Illinois a “sanctuary state” for women seeking abortions.

“We passed a constitutional amendment to protect reproductive rights in the state of Michigan … that gives me hope,” she said on a panel about women’s leadership.

To read all of LifeSite’s coverage of the 2023 World Economic Forum meeting in Davos, Switzerland, click here.