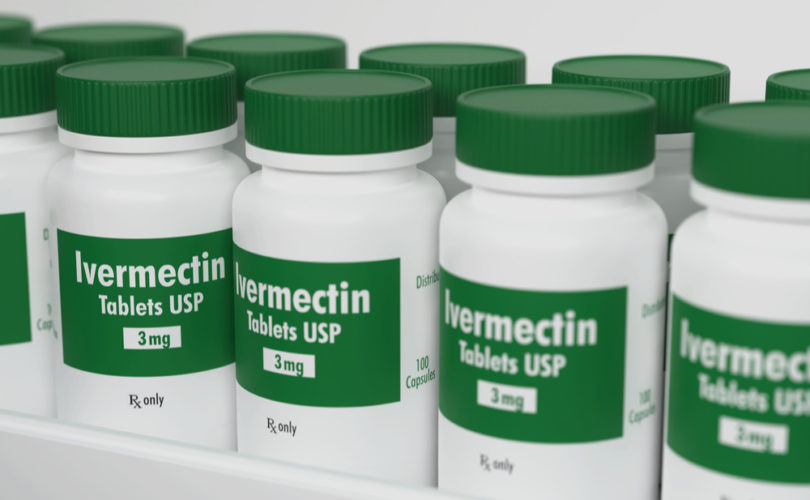 NAPERVILLE, Illinois (LifeSiteNews<) – An Illinois hospital refused to allow an elderly man to be treated for COVID-19 with the lifesaving drug ivermectin, despite a court order mandating they do so.

On the weekend of November 6, Edward Hospital in Naperville, Illinois, refused to allow a physician into the hospital to use ivermectin to treat an elderly man, Sun Ng, with a severe case of COVID-19. The refusal occurred despite Ng’s daughter, Dr. Man Kwan Ng, having obtained a court order on November 1 requiring the hospital to allow the course of treatment, according to a press release.

“This is about a daughter seeking to save her father’s life. The judge agreed that there is no good reason for the hospital to refuse to allow her to provide a lifesaving non-traditional drug when they have as good as declared him to be dying,” explained Kirstin Erickson, attorney at Mauck & Baker, LLC, the firm representing Ng’s doctor daughter. “Dr. Ng has obtained a licensed physician to treat her father and administer the potentially lifesaving Ivermectin. There is no legal reason for Edward Hospital to refuse to allow this.”

On November 1, Judge Paul Fullerton of the 18th Judicial Circuit Court heard Ng’s case and granted the request that Ng’s father be allowed to receive ivermectin. On November 5, Fullerton issued another order, requiring Edward Hospital to “stand back and allow Dr. Alan Bain to enter Edward Hospital” once a day for 15 days and administer the sick man the potentially life-saving drug.

An attorney representing the hospital claimed that the order was unnecessary, as Dr. Ng was asking for an “extraordinary remedy” for her father. The judge agreed that the circumstances were “extraordinary,” saying, “I can’t think of a more extraordinary situation than when we are talking about a man’s life.”

Despite the court order, according to the press release sent on behalf of Mauck & Baker, “the hospital completely refused to allow Dr. Bain access to the patient.”

“They claimed it was because Bain was not vaccinated and that their Chief Medical Officer was not at the hospital to ‘proctor’ Bain’s administration of the drug,” according to the release. “An Emergency Report was filed with the court first thing on Monday morning, November 8, recounting the weekend’s events. After brief argument from both parties, Judge Fullerton admonished Edward Hospital’s representatives and restated that he ordered them to let Dr. Bain in on Friday, and that the hospital must let Dr. Bain in.”

Finally, after three separate court orders, Bain was allowed to enter the hospital and Ng’s father was able to have the COVID-19 treatment they both desired.

According to the press release, this is not the first time an Illinois hospital has been the target of legal action resulting from their refusal to administer ivermectin. In May 2021, Elmhurst Hospital, the partner hospital of Edward, was sued for disallowing the use of ivermectin in a “critical” patient. Eventually, much like Ng’s case, it took a court order to finally have the hospital comply and allow the life-saving treatment.

In spite of mainstream media and other pro-vaccine entities misleadingly labelling ivermectin “horse de-wormer,” several studies have shown that ivermectin, a widely-used generic drug with virtually no risk of serious side effects, can be effective against COVID-19.

Federal regulators and drug makers have nevertheless aggressively suppressed the medication, though various leading experts like Dr. Peter McCollough, Dr. Vladimir Zelenko, Dr. Robert Malone and the 12,700 doctors and scientists who signed the Rome Declaration have endorsed it as a COVID treatment.

Like many drugs, ivermectin has multiple applications, and while one of them is for animals, human doses for human ailments are well established and were not controversial until the drug started gaining notice in the context of COVID-19.