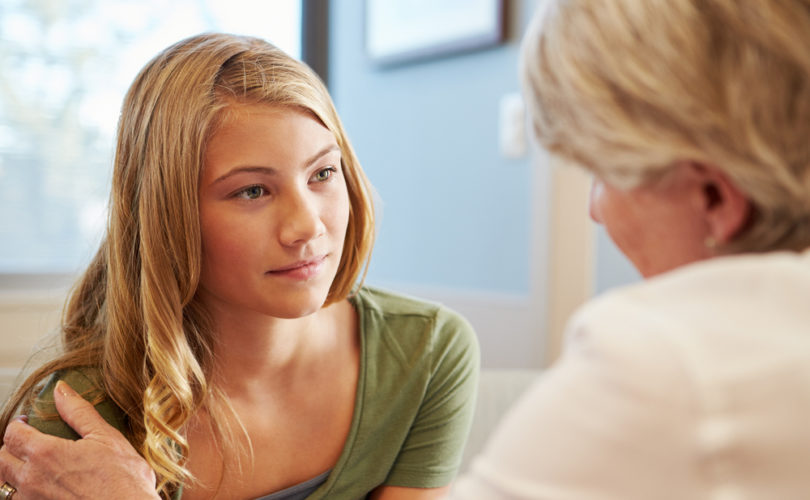 CHICAGO, Illinois, August 19, 2016 (LifeSiteNews) — A group of ministers is suing the state of Illinois over a law that makes Christian counseling for minors with same-sex attraction a crime.

The Illinois law states that “being lesbian, gay, or bisexual is not a disease, disorder, illness, deficiency, or shortcoming.” It bans “conversion therapy” and any counseling that “represents homosexuality as a mental disease, disorder, or illness.”

The language of the law is in direct opposition to the Catechism of the Catholic Church, which states that homosexuality is an “intrinsic disorder.”

The ministers’ lawsuit explains that “many pastors” are employed to preach and counsel the biblical teaching that sex is for natural marriage between one man and one woman, that homosexual conduct is “contrary to God's purpose for humanity and a disorder of God's creation,” and that homosexual temptation can be “resisted or overcome.”

The lawsuit goes on to state that the First Amendment not only protects pastors' speech and the exercise of their beliefs but the rights of the people they counsel “to receive speech, to make personal decisions, and to exercise their beliefs.”

The pastors' complaint characterizes the Illinois law as a “broad attempt to criminalize any dissenting views on homosexuality.” They are seeking a religious exemption.

Nu-Church Apostolic Ministries pastor Steven Stultz explained, “The Apostle Paul writes to those who had overcome many sins, including homosexuality, stating, ‘Such were some of you,’ but you were changed through God’s healing. I have personally witnessed many people change their sexual orientation through counseling and know it is possible.  The government is interfering into someone’s private decisions.”

Proponents of the Illinois law say it protects LGBTQ youth from “discredited and dangerous” therapy “that has no proved efficacy.” Media reporting falls in line with the LGBTQ position that “all major medical bodies agree that conversion therapy is totally unwarranted, because being gay or trans is a healthy expression of adult sexuality or gender.”

Higgins pointed out that the Illinois law lumps Christian counseling in with abusive, pain-inflicting methods of steering patients away from homosexuality. “Another problem with this law,” she noted, “is that it fails to define what specifically constitutes banned ‘conversion therapy.’ Instead, the bill’s supporters prefer to confuse the public by conflating coercive aversion therapies with genuine counseling efforts.”

Pastors Protecting Youth attorney John W. Mauck of Mauck & Baker explained in a press release, “We are most concerned about young people who are seeking the right to choose their own identity. This is an essential human right.”

Mauck criticized the Illinois law as undermining “the dignity and integrity of those who choose a different path for their lives than politicians and activists prefer.”

“Each person should be free to receive biblical and spiritual counseling from the pastor of their choice to help them orient their sexuality,” the attorney stated.

Higgins further criticized the Illinois ban as having the potential to stop counseling that merely discusses the roots of a patient’s same-sex attraction.

“Several years ago, Oprah Winfrey hosted a program in which her audience was composed of 200 men who had been sexually molested as children,” she explained. “One of her guests was Dr. Howard Fradkin, a homosexual licensed psychologist who stated that children who are sexually molested can experience ‘sexual orientation confusion’ as a result.

“Leftists should be forced to explain whether the Youth Mental Health Protection Act —which should be repealed — will prevent minors who have been molested and subsequently experience same-sex attraction, from receiving helpful and healing counseling that examines the connection between molestation and homoerotic feelings.”