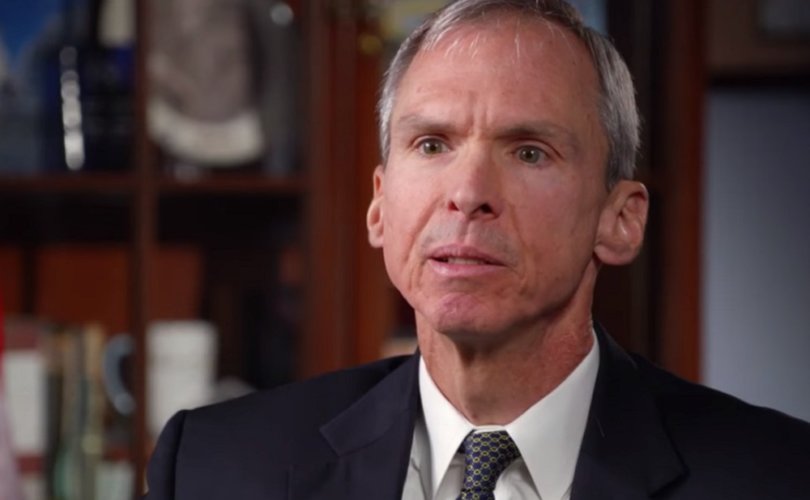 March 17, 2020 (LifeSiteNews) – As debate continues nationwide as to whether primaries should be delayed or canceled in the name of preventing the coronavirus’ spread, the Democrat primary election for the congressional seat held by “last pro-life Democrat” Rep. Dan Lipinski continued Tuesday as planned.

Lipinski, who represents Illinois’ Third Congressional District in the U.S. House of Representatives, has mixed voting records on abortion but generally averages above 50 percent from pro-life groups and below 50 percent from pro-abortion ones. He supports requiring doctors to provide live-saving treatment to newborns who survive abortion, which is congressional Republicans’ current pro-life legislative priority.

However, last May he also voted for the so-called Equality Act, a broad pro-LGBT bill whose provisions would have also imperiled the rights of health workers who object to participating in abortion. Lipinski pointed to a failed amendment he introduced that would have limited the bill’s application to abortion, but ultimately voted for the un-amended version.

Nevertheless, Lipinski has the enthusiastic support of some national pro-life groups. Hailing him as a “pro-life champion,” the Susan B. Anthony List spent heavily on a campaign to reach more than 17,000 “pro-life Democratic” households via digital advertising, phone calls, and direct mail. Students for Life of America, meanwhile, has been working on contacting more than 10,000 voters “in defense of an endangered species – the pro-life Democrat.”

Their efforts may be critical to Lipinski’s political survival. Lipinski only won his last primary by two percentage points, and it remains to be seen who the coronavirus panic’s impact on turnout will hurt more: him or his opponent, Marie Newman.

“I think (Newman’s campaign team) have the ability to turn out these suburban voters,” Democrat strategist Pete Giangreco told CNN. “The question becomes: Is the rickety old machine any good at pulling people out in the middle of a coronavirus outbreak? I think you gotta call it a toss-up.”

“The bigger question is do a lot of older folks not vote on election day,” he added. “And if that's the case, Lipinski's got a problem, because his vote skews way old.”

Whether the re-election of “pro-life Democrats” would actually help the pro-life movement is also disputed. While individual lawmakers can technically vote against their party’s official position on any given issue, their party affiliation decides which party’s leaders have majority control over the House or Senate. This influences legislation’s fortunes in various ways, including scheduling votes, setting procedural rules, controlling committees, and more.

It is on these grounds that Democrat Speaker of the House Nancy Pelosi justified her own endorsement of Lipinski in 2018, arguing at the time that his victory would contribute to securing “a pro-choice gavel when we win the Congress.”