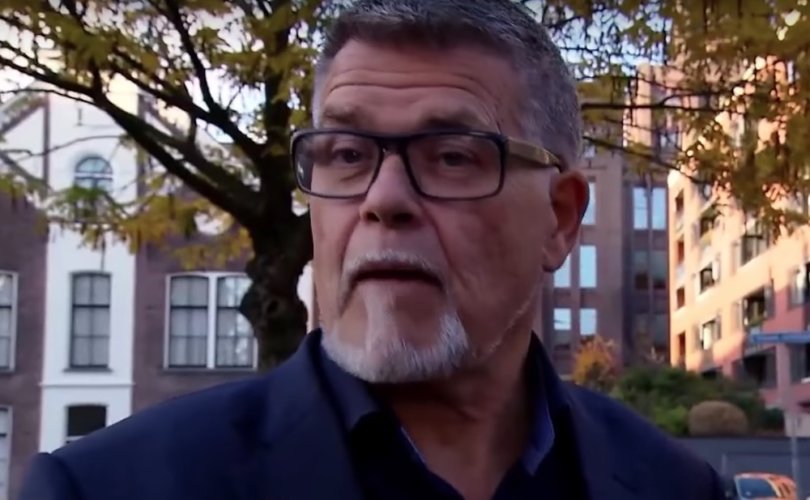 ARNHEM, Netherlands, November 8, 2018 (LifeSiteNews) – A 69-year-old Dutch man is fighting to have his birth certificate legally changed to state that he is twenty years younger on account of him feeling like he is really 49. The story highlights the next turn in the ongoing debate over the “fluidity” of immutable physical characteristics such as biological sex.

Emile Ratelband is a 69-year-old life coach from Arnhem, a town southeast of Amsterdam. He has gone to court in hopes of getting a court to change his birth certificate to say he was born on March 11, 1969 instead of his actual date of birth, March 11, 1949.

He argues that he has the physical and mental fitness of a much younger man, and a legal declaration to that effect would benefit him both professionally and romantically.

“If you’re 69 on Tinder, you’re outdated,” explained Ratelband, who has seven kids but is “now without a partner,” according to the Post. He says he doesn’t want to simply change his age on his profile, because “if you lie, you have to remember everything you say.” He also said his actual age has been a sticking point for potential clients concerned he can’t “speak the language of young people” despite being more knowledgeable and experienced than younger competitors.

He did not explain in the interview how a legal document agreeing with his false age would not still constitute “lying,” or how a changed birth certificate would prevent future dates and employers from continuing to question his age after discovering media coverage of his efforts.

The Post also describes Ratelband as a former “political provocateur” who once tried and failed to name two of his kids Rolls and Royce. That raises further questions as to whether he truly wants to change his legal age, or is instead conducting an elaborate stunt, whether for publicity or to make a point about “gender fluidity.”

Whatever his motives, Ratelband has devoted substantial effort to convincing the authorities he’s serious. He was called “crazy” when he first made the request at Arnhem’s city hall, after which he had his lawyers take his cause to court.

Ratelband says he submitted himself to psychiatric evaluation to verify he wasn’t delusional about his request, and while the judges at first “laughed like little girls,” he convinced them to seriously consider his request with what the Post summarizes as an “inspirational speech about how modern society had freed itself from the false gods of money and government and religion.”

“This is American thinking,” Ratelband claimed. “Why can’t I change my age if I want to? You have to stretch yourself. If you think you can jump one meter, now I want to jump 20. If you earn 100 grand a month, now I want to earn 120 grand.” At one point he even invoked President Donald Trump as a “new kind of person” uninhibited by conventional norms.

While sympathetic, the judge in the case isn’t entirely convinced, the Daily Mail reports. He noted that changing Ratelband’s date of birth would effectively disregard the portion of his life between 1949 and 1969.

“For whom did your parents care in those years?” he asked. “Who was that little boy back then?”

Whatever Ratelband’s intentions may be, that a court is seriously considering his case represents a turning point in the tension between “identity” and reality. Despite the fact that sex is biologically rooted and immutable, refusal to recognize men as “women” and vice-versa is intensely debated in the United States, Canada, the United Kingdom, and elsewhere.

In fact, until this week the notion of “age fluidity” was generally reserved as an example conservatives invoked to criticize the logic of gender ideology.

The student, who was defending transgenderism, granted at the time that “obviously” age was “not the same as gender” and could not be legally changed.

The Arnhem court is expected to hand down a written ruling in Ratelband’s case sometime within the next four weeks.