I’m pro-life because of facts, not faith

I didn't change my mind on abortion because of my faith. In fact, I was still an atheist when I became pro-life. I changed my mind because of cold, hard, undeniable scientific facts.
By Ben Johnson
By Ben Johnson

I'm pro-life because of facts, not faith

When my liberal friends (and I do have them) learn that I'm pro-life, I support the traditional family, and I'm active in my church, I can see their mental reaction. “Just another Jesus freak who hates women and gays.” 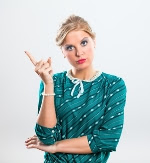 The more cerebral among them proceed to give me the ACLU's Cliff Notes version of American history in their best smug, imitation NPR voices.

“I respect your faith. But, you see, the U.S. government is a secular institution that respects all religious viewpoints, including those that support abortion and gay 'marriage,'” they say, certain they have made a mortal verbal riposte.

If you are a person of faith, maybe you have experienced this condescending attitude, as well.

This is a straw man argument. I didn't change my mind on abortion because of my faith.

In fact, I was still an atheist when I became pro-life. I changed my mind because of cold, hard, undeniable scientific facts.

But I don't get angry at the other side. I can't. I used to be one of them. As a consumer of the pop culture in the 1980s, it would be wrong to say I tolerated abortion and homosexuality. It would be more accurate to say I was 110 percent pro-abortion and pro-gay.

Everything I needed to learn about life I learned from Jeff Spicoli....

I was an intellectually precocious child who thought about subjects intended for adults. But like most people, I took my real cues from entertainment.

I learned about abortion from the movie Fast Times at Ridgemont High. (“Aloha, Mr. Hand!”) The film portrays Jennifer Jason Leigh's abortion as a liberating decision that saved her future (a scene that director Amy Heckerling insisted on changing from Cameron Crowe's original, stark portrait in the book).

Asking an adult what an abortion was, he replied, “If a woman doesn't want to have a baby, an abortion means she will not be pregnant anymore.”

Had he used the words “dismemberment” or “lethal injection,” I may have taken a different stance. But the child being aborted did not enter the discussion. Before widespread ultrasound use, we were told the child was an undifferentiated clump of cells. And who could be against a woman's “right to choose”?

Thanks to Hollywood and a shallow and euphemistic explanation of the issue, another pro-abortion believer was born.

It didn't help that movies and TV lambasted the greatest force denouncing abortion and homosexuality at the time as hypocritical Bible-thumpers, even before the televangelist scandals of Jim Bakker and Jimmy Swaggart.

But the effect that TV's narrative had on my thinking was anything but gnarly, dude.

When a friend winced after hearing that an acquaintance had gotten multiple abortions, I was indignant. It's just a medical procedure that explained nothing about the woman's current mental or emotional state, I insisted. If she wanted four abortions, or 40, that should be up to her.

It hadn't crossed my mind that she may have been scarred by these procedures, at least one of which was forced.

If anything, I was more vehement on homosexuality. While I found the concept personally repellant, I was convinced “they were born that way” and discrimination, not sex, was the worst of all sins. Pop culture was at work here, too – the film Partners and the Showtime series Brothers. When anyone implied the homosexual lifestyle was wrong or harmful, I got angry. I wanted to defend homosexuals from the big-mouthed, hate-filled bullies.

If a (very) young kid could come to those conclusions in pre-AIDS America, it's not hard to imagine what young people think in a nation that sanctions gay “marriage.”
Thankfully, that wasn't the end of the story for me.

In the late '80s, pro-life activists pointed out that I had never given a passing thought to the child being aborted.
If he is a living human being, then abortion is murder. Only then did I discover the scientific consensus that life begins at fertilization. (This webpage, hosted on the server of Princeton University, lists15 embryological and medical textbooks that state life begins at conception.)

I was a dedicated empiricist, but it was impossible to deny these facts. I had to change my views.

Meanwhile, evidence for a “gay gene” never materialized. My newfound faith played more of a role in my views of homosexuality. But I gradually evolved to a position that, while people struggling with same-sex attraction deserve respect, I could not pretend that a behavior associated with astronomical STD rates andrampant depression, addiction, and suicide posed no threat to them – or to society.

I realized not only had I become one of “those people,” but social conservatives were never really like “those people” in the first place.

What changed my mind was simple: Facts. Data. Becoming a more informed person transformed me from a foot soldier in the sexual revolution into the U.S. Bureau Chief of LifeSiteNews.

That's why LifeSiteNews is vital. Everyday we bring a comprehensive, rigorous, factual exposition on issues of life and family. When the cultural Left spreads its memes about the pro-life movement, we're there to respond with the truth. And more and more people are catching on everyday.

For a brief time, I was our U.S. Bureau. In just over a year we have expanded our stable of reporters so that we can cover even more stories. And it has paid off.

We're now the #1 most-read pro-life news website in the United States and around the world. And we're still growing.

That's why we need your financial contribution now more than ever.

We have to make our $200,000 goal to keep everyone on LifeSiteNews at work exposing the lies and darkness of the pro-death movement and shining the light of truth on the breaking stories of the day.

I won't pretend; I'm a little nervous. The culture has gotten darker since I was a kid. That's why we need to turn out even more stories everyday that firmly, lovingly lead people to the truth. But with two weeks to go, we are less than one-quarter of the way to our necessary, minimum goal.

Please look at the youth hookup culture and the permanent damage it inflicts. Then look into your heart and make the most generous financial contribution you can afford to further our side of the war at LifeSiteNews.

You can stand alongside us as victors. This is a winnable war. 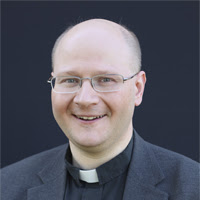