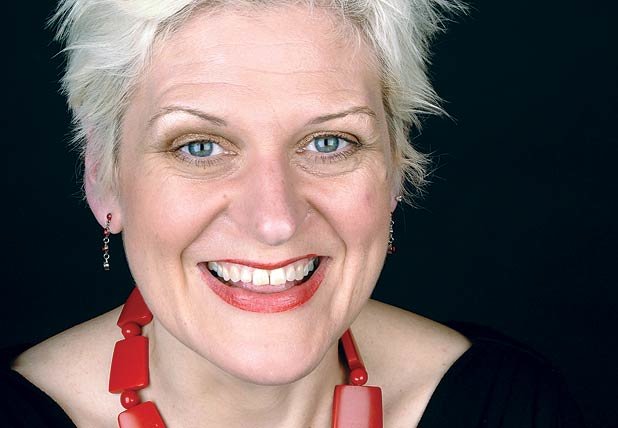 'I am completely and utterly pro-choice, but there was no way to me that they were going to do it,' says Lynn Ferguson.

May 22, 2014 (LifeSiteNews.com) – Lynn Ferguson was touring France on the back of a motorcycle when she realized that feeling in the pit of her stomach wasn't the jostling of the road – she was pregnant. “Suddenly, after 20 years of self-imposed hedonism, I found myself unable to smoke, unable to drink alcohol,” she said.

But Lynn, who was then 37 years-old, soon learned that having morning sickness for the first time at 88 miles per hour was the least of her worries. She felt doctors in her Scottish hospital waged a “battle” to convince her to abort her son.

Lynn, who is the sister of comedian Craig Ferguson, first clashed with medical authorities when they insisted on performing amniocentesis, which she learned could increase her chances of miscarriage.

“I am completely and utterly pro-choice, but there was no way to me that they were going to do it,” she said in a recent broadcast of The Moth Radio Hour, which features people telling true stories from their lives.

But every appointment, they insisted she must have the procedure.

“As they became more insistent on it, I felt like I had to, too,” she said, tartly asking doctors, “Can this test tell me whether this child will be a jerk?”

She resisted the doctors' first bout of medical insistence. But soon, a new and more significant front would open, forcing her to make a steadfast decision for her child.

When she was receiving her 20-week scan, the woman told her that her son – she and her husband were expecting a boy – had “statistically, a very large head. … Then scanning the baby's head, she said there were choroid plexus cysts all down the one side of the baby's brain.”

She said the child would have Down syndrome.

But a specialist soon informed the Fergusons that their son did not have Down syndrome but Edwards syndrome, also known as Trisomy 18, a condition often presented as being incompatible with life.

Their baby, they were told, would certainly die in the womb or before he turns one year old.

The doctor pressed her to undergo cordiocentesis, a form of fetal blood testing, which she also resisted.

Lynn said it made no difference to her whether the child she had seen and come to know so intimately had a disease or not.

“We had had so many scans, and I'd seen my son,” she said. “I'd seen his heart. I'd seen the inside of his eyes. I'd seen his hands and his feet, and in fact in one of my scans he held his hand out to the front of my body as if to say, 'Will you go away?'”

“I'd felt my son move inside my body,” she said.

That convinced her that it made no difference whether her son was going to die.

“We're all going to die. So, we should meet first,” she said.

“My son in me needed me. He was depending on me to make the right decision, so I said no,” she said.

The doctors were not finished offering medical advice. They suggested she abort her child.

“We had no choice but to change hospitals after they offered me a termination at 25 weeks,” she said. “It became really clear they wanted to win a battle, when I just wanted to see my boy.”

She gave birth in the 35th week of pregnancy. Her son went silent, and doctors rushed in to revive him. She felt as though, “I had failed my son. He was depending on me, and I had failed him.”

But the doctors successfully saved his life and, alongside her husband, placed the newborn in his mother's arms for the first time.

Her son, who was supposed to have died in the womb, survived birth. And he survived what was to have been a fatal first year of life.

“My son is 10-years-old now, and he's still perfect – some of the time,” Ferguson said. “And like his father, he still has a 'statistically large head,'” she joked.

Elijah’s gift: Member of Parliament grateful for brief life of stillborn son with Trisomy 18
‘Incompatible with life’: that’s what doctors said about my unborn cousin with Trisomy 18
LSN EXCLUSIVE: Mother “Pressured” to Terminate Pregnancy of Trisomy 18 Child at Catholic Hospital
My Trisomy 18 son is not alive because of a miracle. He is alive because we chose life for him.
Trisomy Angel: The boy with a ‘divine purpose’ who taught his family the meaning of love