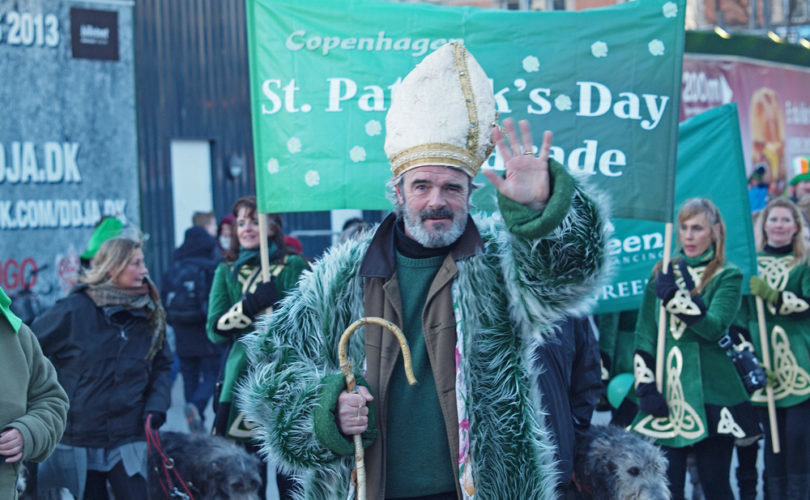 February 26, 2015 (LifeSiteNews.com) — Immaculate Heart of Mary School of Still River, MA has withdrawn its marching band and float of Saint Patrick from this year’s Saint Patrick’s Day Parade after learning that a small homosexual activist group will be allowed to march while publicly identifying its homosexuality.

The school is compelled by the teachings of the Catholic Church to pull out. According to the Principal, Brother Thomas Dalton, “Catholics are forbidden to sponsor or even participate in an event which openly promotes unnatural and immoral behavior. The Church will never accept nor condone same sex marriage and the homosexual life style.”

For 25 years the school has participated in the parade dedicated to Saint Patrick and believes that to have a float with his representation leading a group openly promoting and proud of its homosexual identity would draw down the ire of this great patron of the Boston Archdiocese. “Saint Patrick stands with Saint Paul in condemning the sin of sodomy,” stated Brother Dalton. “The name of Saint Patrick should be dropped from the parade as he would have nothing to do with the likes of it today.”

The director of the Band, Br. Peter Bracket stated, “All the Band members and their parents—although greatly disappointed in not being able to march—are fully supportive of the School’s decision. We have to remain loyal to Church teachings which states in the Catechism of the Catholic Church, promulgated by Saint John Paul II, that ‘homosexual acts are acts of grave depravity’ and ‘are intrinsically disordered…Under no circumstances can they be approved.’ (#2357)”