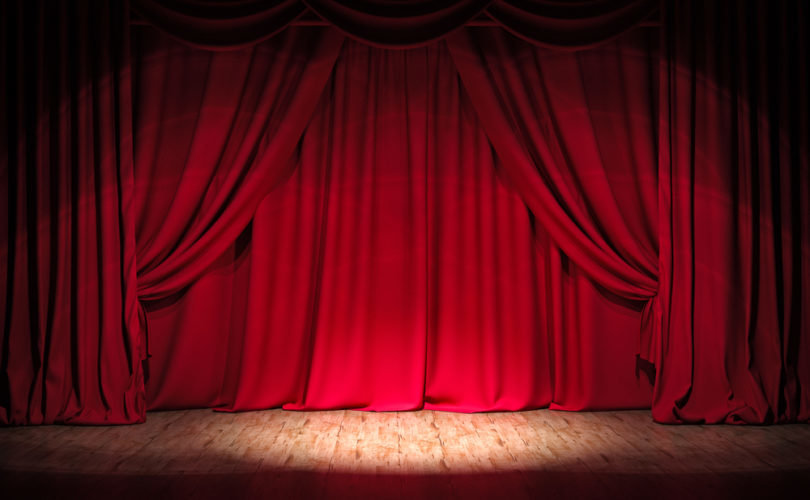 February 12, 2016 (CardinalNewmanSociety) — For at least eight Catholic colleges and universities, the beginning of this year’s Lenten season coincides with annual performances of Eve Ensler’s “The Vagina Monologues,” a lewd play that glorifies immorality and has been denounced by bishops for its disturbing and degrading depictions of human sexuality.

The number of performances of the play on Catholic campuses was at its highest in 2003, with 32 reported performances, but since then the numbers have steadily decreased. The Cardinal Newman Society has consistently decried the play for its reductionist view of sexuality and has urged Catholic colleges to consider alternative events to address the serious issues of women’s dignity and violence against women.

The college performances are associated with V-Day, “a global activist movement to end violence against women and girls.” Colleges hosting performances of the play can be searched under the organization’s “V-Spot” location tool.

DePaul University in Chicago is also hosting three performances of the play from February 12-14. This is DePaul’s 17th annual production of “The Monologues,” according to an event description. DePaul lists a student organization dedicated to Ensler’s play under its recognized organizations and departments. “The Vagina Monologues at DePaul University strives to create awareness of women’s and feminist issues more known on campus through the art of theatre and activist movements,” the organization description reads. One of the goals of the group is to have “a diverse cast made up of women, both trans and cis-gendered.”

At Georgetown University, the play will have four performances on campus from February 18-21. “The Vagina Monologues is produced, directed and performed completely by Georgetown women,” according to the event description. Take Back the Night, “a student advocacy group” recognized as an official student organization at Georgetown, produces and sponsors the performances each year.

Georgetown University Law Center is also holding three performances of “The Monologues” from February 19-21, sponsored by the group Advocates Against Sexual Violence.

At Loyola University Chicago, two performances of the play will take place on February 12 and 13, according to an event page. The University has an official student chapter of V-Day, which organizes the performances. Late last year, the University’s theatre department advertised a chance to direct the 2016 performances at Loyola, calling it “a unique opportunity to work with other campus individuals passionate about ending violence against women and girls.”

This past January, the Feminist Fridays Facebook group urged students to protest a New Orleans Right to Life initiative which involved hanging pro-life banners on St. Charles Avenue in New Orleans. Feminist Fridays called the banners “an inappropriate use of public city property to promote anti-choice messages” and students were encouraged to lodge complaints with their city council member.

Una, an official student organization at Saint Louis University, is sponsoring two performances of the play on February 25 and 26. Una, “the feminist voice” of SLU “advocates for the equal treatment of all people, noting that the root of almost all forms of oppression can in some way be traced back to patriarchy,” the group’s University profile reads. “The Monologues” are being performed at Sheldon Concert Hall, an off-campus location. In 2007, SLU’s provost refused to support the play’s presence on campus, though Una is still permitted to select off-campus locations for the performances.

The above colleges were contacted to comment on the danger to Catholic identity presented by support of “The Vagina Monologues,” but no responses were received by time of publication.

In addition to these eight colleges, the College of the Holy Cross in Worcester, Mass., is listed under the V-Day event locater as having 2016 performances planned, but the College was unable to confirm whether that was still the case.

Additionally, Saint Mary’s College of California will perform a different collection of monologues also by Eve Ensler titled “A Memory, A Monologue, A Rant, and A Prayer” on February 12. The College has a self-proclaimed “rich history of performing V-Day events,” according to its website. The Women’s Resource Center performed “The Vagina Monologues” for the first time in 2003 and since then have “produced a V-Day event every year since.”