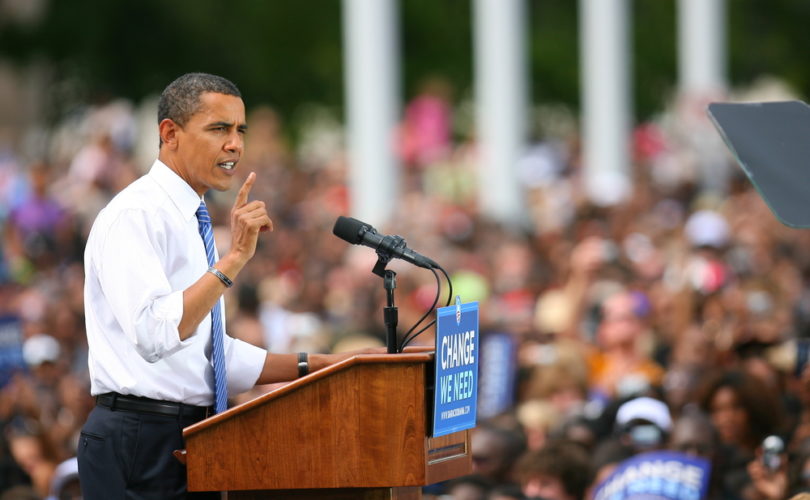 WASHINGTON, D.C., July 16, 2015 (LifeSiteNews) –The United States is acting like a neo-colonial power when it tries to push homosexuality on developing countries, pro-family spokespeople said Wednesday in the wake of a State Department vow to pressure Nigeria into decriminalizing homosexual activity.

And African Christian leaders are telling U.S. president Barack Obama to refrain from exporting American sexual sins to Kenya at the end of the month.

The U.S. assistant secretary of state for African affairs, Linda Thomas-Greenfield, made her comments as Africa prepared for a visit by Obama to the Global Entrepreneurial Summit in Kenya, and Washington, D.C. braced for a visit to the White House by Nigerian president Muhammadu Buhari.

Thomas-Greenfield told reporters in a conference call, according to the Nigerian Pilot, that “[a]s a policy, we will continue to press the government of Nigeria, as well as other governments which have provided legislation that discriminate against the LGBT community.”

Thomas-Greenfield did not agree with a reporter's comment that this pressure amounted to interference in domestic affairs. “This is very much a work in progress, but I think you will agree with me that the law in Nigeria really went far in discriminating against this community but also people who associate with them. So, we will continue to press the government, to press the legislature to change these laws and provide human rights for all Nigerian people regardless of their sexual orientation.”

Thomas-Greenfield went on to identify homosexual rights as “one of the highest priorities and strongest values.”

This is nothing but “ideological imperialism,” Peter LaBarbera, president of, Americans for Truth about Homosexuality, told LifeSiteNews. “And it is ironic that is coming from the administration of America's first black president. And it is doubly ironic that the descendents of his Kenyan forebears are ashamed of him for his promotion of the sin of homosexuality.”

“Essentially,” he added, “Obama's leading representative to Africa is saying, 'We don't care what Nigerians think.'”

Linda Harvey of Mission America echoed LaBarbera's concerns, citing rumors that the U.S. has held off on military operations to track down the Muslim gangsters who kidnapped hundreds of Nigerian schoolgirls because Nigeria refuses to decriminalize homosexuality. “They are refusing to intervene with these terrorists and also threatening to withdraw foreign aid dollars because of Nigeria's strong stand against immorality.”

At the same time, she said, the Obama administration seeks to promote an error-filled view of homosexuality – “that it is healthy and that it is inherent. This is a fable built on a fable. And what is worse, they want to spread this view upon a poor and vulnerable population; they want to exploit their vulnerability.”

This is what worries African Christian leaders, too.  Kenya's Deputy President William Ruto told a church service this month, “Homosexuality is against the plan of God[.] … We have heard that in the US they have allowed gay relations and other dirty things. I want to say as a Christian leader that we will defend our country Kenya, we will stand for our faith and our country.”

John Njue is one of hundreds of Ugandan and Kenyan church leaders, many of them Evangelicals, condemning the Obama administration's promotion of LGBT values and urging his silence on the issue while in Africa. Kenya's Evangelical Alliance, 700 pastors strong, flatly declared, “President Barack Obama is welcome to visit Kenya this summer – but please leave the preaching to us.”

Ugandan Pentecostal bishop Simon Peter Emiau told Christianity Today that the reason why African Christian leaders so strongly oppose homosexuality is that they and most other Africans identify sexuality just as strongly with procreation, which he calls “the creation view.” He adds: “I have never seen an island where a man and a man have multiplied.”

These leaders worry that Obama's charisma will lead young people into homosexual sin.

According to a 2013 Washington Post article, “From Colonialism to 'kill the gays': The surprisingly recent origins of homophobia in Africa,” the continent's “homophobic” views are not indigenous, but rather were imported by the colonial powers Britain, Portugal, and France. The article's exploration into history does not go back before the colonial age to examine traditional African views toward homosexuality.

Whatever the origins, according to the Post, 38 out of 54 African nations criminalize homosexual activity. Even in South Africa, which the Post holds up as a model of tolerance, only 32% of the population think homosexuality should be accepted, however tolerant are its legislators and courts, according to a Pew Forum study on global attitudes toward homosexuality.

The same Pew study, released in 2013 and revised a year later, shows the Muslim Middle East and Asia, Christian Africa and Russia, Communist China, and never colonized Japan to be the least accepting of homosexuality. Europe, the United States, Canada, and Latin America are the most accepting.