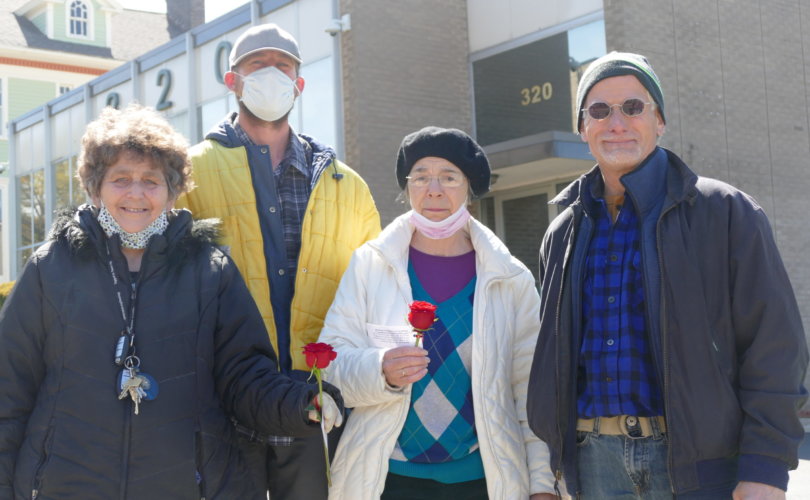 September 29, 2016 (LifeSiteNews) – A Mennonite pastor serving a 27-month prison sentence for helping a young girl and her mother escape the custody of her court-assigned lesbian “parent” has been threatened with more prison time for refusing to testify in the prosecution of Christian businessman Philip Zodhiates, who is also accused of aiding the escape.

After refusing to testify on Fifth Amendment grounds, Kenneth Miller was informed by U.S. District Judge Richard Arcara that he had been granted immunity from prosecution and therefore “you no longer have a Fifth Amendment right not to answer,” according to Christian News.

U.S. Assistant Attorney Paul Van De Graaf then proceeded to interrogate Kenneth Miller, asking him where he lived in September 2009, if he had ever met ex-lesbian Lisa Miller, and if he had called Timothy Miller, another Mennonite pastor living in Nicaragua. To each question, Kenneth Miller (who is unrelated to Lisa Miller and Timothy Miller) responded that he would not answer “for reasons of faith and conscience.”

After warning Kenneth Miller that he would be held in contempt of court, Judge Arcara did just that, and Miller was led out of the courtroom as his supporters stood, and De Graaf smirked, according to Christian News.

As a result of his refusal to testify, Kenneth Miller could be sentenced to more prison time at a later date.

Before the date of his testimony, Miller expressed concern about being called to testify, given the possibility of more prison time and a longer period of isolation from his family, and asked for prayers.

“My family and I are in another period of uncertainty,” Miller wrote. “I'm being called by the U.S. Attorney's office in Buffalo, New York, to prepare to testify at the trial of a fellow believer also charged in the case. Three years ago, I was found in civil contempt for not testifying and jailed for 40 days. The prosecutor has made it clear that refusal to testify this time could mean substantial time added to my present 27-month sentence. Please pray for wisdom and grace as I face these decisions.”

The trial of Zodhiates concerns the escape of Lisa Miller and her daughter, Isabella, from the power of a Vermont judge who named Miller’s former civil union partner, Janet Jenkins, as Isabella’s “mother,” despite the fact that she was unrelated to Isabella and had never adopted her. Isabella was conceived by artificial insemination while Miller and Jenkins lived in a civil union in Vermont. Miller soon after renounced the homosexual lifestyle and separated from Jenkins, returning to the Christian faith of her youth.

After Vermont judge Richard Cohen declared that Jenkins had a right to unsupervised visits, Lisa Miller reported that her daughter appeared to be traumatized by the visits with Jenkins, and was strongly opposed to Jenkins’ influence over her, which ran counter to the Christian values she was seeking to inculcate in Isabella.

Expert testimony was submitted in the Miller-Jenkins custody case to prove that Isabella was traumatized by visits with Jenkins, but was rejected by Vermont judge Richard Cohen.

Kenneth Miller was convicted in August 2012 of “aiding and abetting international parental kidnapping” for arranging help for Lisa and her daughter in late 2009 to fly from Canada to Nicaragua, where they took shelter with the country’s Mennonite community. He began serving his sentence earlier this year. Zodhiates has been charged with driving Lisa and Isabella to Buffalo, New York, to enable them to cross into Canada.

Representatives of the Mennonite community in Nicaragua say they have also suffered for the cause of protecting Isabella from the influences of the homosexual lifestyle, as police and government agents have both threatened them and cajoled them with offers of benefits if they reveal the location of Lisa and Isabella.

“According to the Bible, it is a war between good and evil, a battle between God and Satan. As congregations, we stand united in this spiritual warfare against evil,” they wrote in a 2012 letter.

“The fact is that suddenly we find ourselves having to choose between obeying God and man-made laws. We have chosen to obey God. We are willing to give up our rights, go to jail, or even die, for the cause of helping anyone become free from a sinful life and helping that person to live in obedience to God’s Word.”

Zodhiates' trial, which began September 21, is expected to last at least two weeks.

Updates about Kenneth Miller’s situation can be found at a website maintained by supporters, Millercase.org.