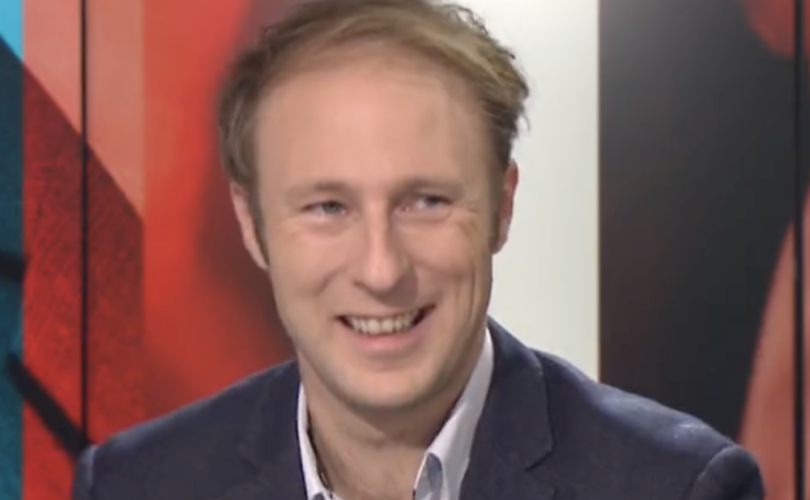 PARIS, France (LifeSiteNews) – In 2020, the year COVID-19 made its appearance and triggered hitherto unseen curbs on public liberties in most parts of the world, only 2 percent of patient hospitalizations in France were attributable to the disease. And notwithstanding the hype about intolerable pressure on the French hospital system, only 5 percent of patients in critical care were COVID patients (and 11 percent of patients on life support).

These figures were released on October 28 by an official agency linked to the French Ministry of Social Affairs and Health, the ATIH (Technical Agency for Information on Hospitalization), and were brought to the public’s attention by Martin Blachier, a data analyst and public health specialist with medical training.

Blachier told a journalist of La chaîne parlementaire (LCP), the public television station of the French parliament, that the ATIH “manages all hospital data systems and knows about all hospitalizations that take place throughout the French territory as well as the reason for them.”

“When you read this report, in the very first lines you find that during the year 2020 COVID patients represented 5 percent of all patients cared for in the intensive care units. You read on and learn that COVID patients represented 2 percent of all inpatients in the year 2020. When you see this ATIH report, you are a little surprised, you look up, and you say, ‘We are talking about this year 2020 where there were 2 lockdowns.’ It cost France 200 billion euro, and we know that 35 percent of young people have acknowledged that they had suicidal ideations because of these lockdowns, and I’m not even talking about learning delays and school phobias that haven’t even been quantified by formal studies,” he said.

Over the last 18 months – and over 500 media appearances – Martin Blachier has wavered between alarmist predictions and reality checks. In recent weeks, he has slammed lockdown policies and, while promoting “vaccination” for the elderly, has also made very clear that he would never agree to force the COVID jabs on his own children.

On the LCP show, Blachier went on to comment on the official report, noting that “in reality, it is a little more complex.”

“It is true that these COVID hospitalizations are a little longer than standard hospitalizations, but if you take this factor into account, on the total number of hospitalization days, fewer than one [day] out of five [days] was related to COVID in the year 2020. And yes, you had more saturation during the few weeks of the peak of the waves, but in any case, over the whole year, these two percent of hospitalizations are very, very, very far away from the image we have of them: that is to say, that during the whole year 2020, hospital wards were full to the brim with COVID patients, and that the other patients could no longer go to hospital,” he said.

Many critics of public COVID policies pounced on the numbers, noting that the scare tactics used by the government to impose restrictions, lockdowns, and now forced vaccination for health and care workers as well as the sanitary pass required of all citizens aged 12 and over are based on realities that are not nearly as concerning as they were made out to be.

Mainstream media “fact-checked” the data and, although they could not deny the statistics published by a government agency, insisted that things had indeed been very bad during the peaks of the two COVID epidemics registered in France in the spring of 2020 and then in October and November, with up to 35,000 COVID patients in hospital simultaneously for a few weeks in April and November.

They also stressed that COVID patients stayed up to 18 days on average in life support units, with 11 percent of patients representing 19 percent of hospitalization days.

But they did not acknowledge that these stays were shorter during the first “wave,” when the worst-off patients died within a few days of hospitalization, having been ordered to stay at home until their systems were so bad that they could hardly breathe. This changed somewhat during the second “wave” (called a second epidemic by Dr. Didier Raoult because the virus had mutated considerably), with better care including, in some cases, antibiotics, corticosteroid therapy, and anticoagulant treatments for the hospitalized. This in itself led to longer stays, while less-ill patients were taken into hospitals for oxygen therapy (although this could have been administered at home, as Raoult also underscored in multiple interviews since the epidemic began).

Nor did anyone mention that the French government and health authorities, like many of their counterparts the world over, refused and are still refusing early treatment including ivermectin, hydroxychloroquine, and other drugs, supplements, and vitamins that demonstrably prevent a considerable proportion of hospital admissions for COVID.

Other data that remain difficult to ascertain are regarding the true reason for hospital admissions and deaths in relation with COVID. Many, if not all, people who tested positive were counted as COVID patients even if the main reason for their hospital stay or death was a serious illness they had as well. A number of deaths were even attributed to COVID when patients had COVID-like symptoms but were not tested for the virus. What is known is that hospitals got enhanced public subsidies for COVID hospitalizations, creating a financial incentive for mentioning COVID in their patient files.

It is also interesting to note that France downsized its ICU capacity in public hospitals over 2020 and that, at the height of the crisis, offers from private clinics to take in COVID patients for intensive care were not followed up by the public hospital sector. In addition, since September 2021, thousands of health care workers, including doctors and nurses, refusing to take the experimental COVID “vaccine” have been dismissed without pay or any kind of social benefit, leading some emergency wards and other departments to close up to half of their beds or more.

Other details about hospitalizations in France revealed by the ATIH report also show that the situation was less alarming than the incessant media propaganda made out.

In his interview with LCP, Martin Blachier  said, “Another figure that is particularly interesting is that 2 percent of people over 80 years old who were hospitalized in 2020 were there for COVID reasons, and that a third of them unfortunately died, which adds up to 0.6 percent of the over-80s.”

“What is interesting is that this report of the ATIH also focuses on heart failure – you know when you have had a heart attack or heart disease or even the heart starts to become a little weak: heart failure in those over 80 years old kills 15 percent of this age group every year,” he continued.

Blachier concluded: “These data indicate two things: first, that the COVID phenomenon was particularly impactful because it was sudden and because it was essentially unknown and unprecedented, but we also realize that the idea it was COVID patients who filled the hospitals during these two years is a false idea; the true number is between 2 and 5 percent. We had a prism, a vision of the situation that was out of sync with the reality of the hospital. I’m sorry, but it’s true; just look at this report. And the other thing we see is that the fact that COVID mostly targets people with comorbidities means that when there is sufficient immunity in the population, COVID will most likely become a less severe disease than influenza.”