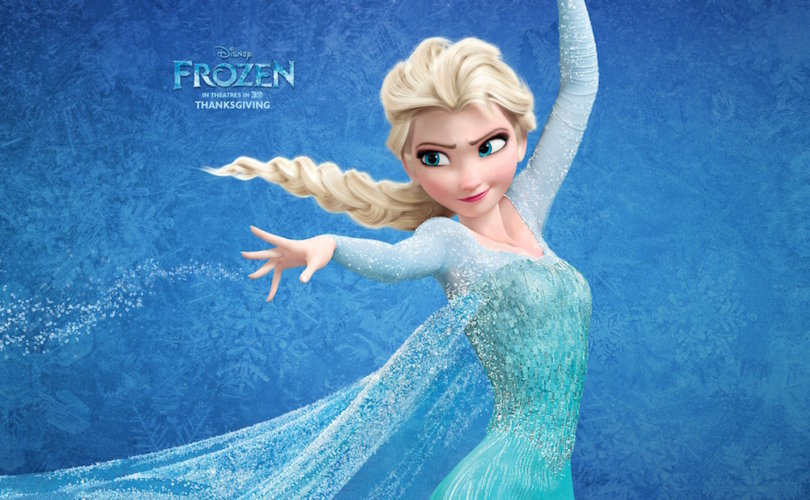 HOLLYWOOD, February 28, 2018 (LifeSiteNews) — Lending credence to rumors which surfaced a couple years ago, principals involved in the making of Disney’s Frozen 2 are keeping alive the possibility of Elsa coming out of the closet as a lesbian.

In fact, everyone involved with the production seems to love the buzz that speculation about Elsa’s sexual orientation is creating regarding the planned sequel.

“I love everything people are saying [and] people are thinking about with our film ― that it’s creating dialogue, that Elsa is this wonderful character that speaks to so many people,” said writer and co-director Jennifer Lee in an interview with the Huffington Post.  “It means the world to us that we’re part of these conversations.”

“Where we’re going with it, we have tons of conversations about it, and we’re really conscientious about these things,” Lee added in the HuffPo interview. “For me … Elsa’s every day telling me where she needs to go, and she’ll continue to tell us. I always write from character-out, and where Elsa is and what Elsa’s doing in her life, she’s telling me every day. We’ll see where we go.”

Idina Menzel, who lent her voice to Elsa in the original Frozen, told PrideSource in 2016 she was “really happy” that it was her Frozen character that stirred so much interest in the possibility of a gay or lesbian Disney kids’ film character.

No one from Disney or anyone else associated with the production have gone on the record to deny the rumors.  Nor are they likely to.

Frozen 2: One giant metaphor for coming out of the closet?

FeministCulture.com creator Alexis Isabel started the Frozen 2 campaign in 2016, sending the tweet, “I hope Disney makes Elsa a lesbian.  Imagine how iconic that would be.” She signed it with the #GiveElsaAGirlfriend hashtag.

It started trending within hours, with LGBT activists reportedly tweeting the hashtag nearly 5,000 times an hour. One tweet read, “#GiveElsaAGirlfriend because little girls watching should know you can be a princess and love another princess.” Another read, “Given that Frozen was one giant metaphor for the closet, to #GiveElsaAGirlfriend is just logical. More LGBT representation is a great idea.”

Concerned parents took a dim view of the proposal.  Citizen GO’s U.S. Director Gregory Mertz started a counter-petition online, “Disney: No Princess for Queen Elsa.” The online petition was in the form of a letter to Disney. “With success comes certain responsibility,” the petition letter began.  “Your film and hidden messages in your film influence the hearts and minds of children across the world.”

“To turn Queen Elsa's character into a lesbian stems from a political movement intended to feed the young audience with a divisive political message,” the letter continued.  Over 330,000 people signed the petition.

The movie Frozen has been criticized by pro-family conservatives for being thinly veiled propaganda for homosexuality, while LGBT activists praised the movie for the same reason. Both believe the film actually depicts a positive example of homosexual youth – just not openly enough for homosexual activists.

A major theme of the original Frozen is Elsa's self-isolation because she feels she is “different” from everyone else in a way that she is told is socially unacceptable.  At one point her parents are asked if she was “born this way or cursed,” and her parents affirm Elsa was born different. Elsa must hide her true identity to integrate in society, and this creates an inner conflict.  Despite her parents telling her she must control herself because people consider her difference evil, Elsa cannot change.  Ultimately, her parents completely cut her off from society.

Shame is at the core of Elsa's feelings about her being different.  Her parents tell her, “conceal it, don't feel it.”  After her parents die, Elsa becomes queen.  Her “normal” sister is happily anticipating finding her (heterosexual) mate, while Elsa isn't interested.  One character quips, “No one was getting any way with her.”

Homosexuals saw the original “Frozen” film as an allegory for lesbian inner conflict and ultimate vindication, with the Oscar-winning theme song, “Let It Go,” playing “like a coming-out” anthem, according to Akash Nikolas in The Atlantic.

The lyrics of “Let It Go” are about rebelling against traditional morals: “I'm the queen…Couldn't keep it in… Don't let them see, Be the good girl you always have to be, Conceal, don't feel.” And the song’s chorus, “Let it go, Can't hold it back anymore… I don't care what they're going to say… No right, no wrong, no rules for me;  I'm free… That perfect girl is gone….”

So far, no plot details have been released about Frozen 2 other than that the release date is November 27, 2019.  But there is plenty of salacious speculation about Disney’s reigning animated princess.